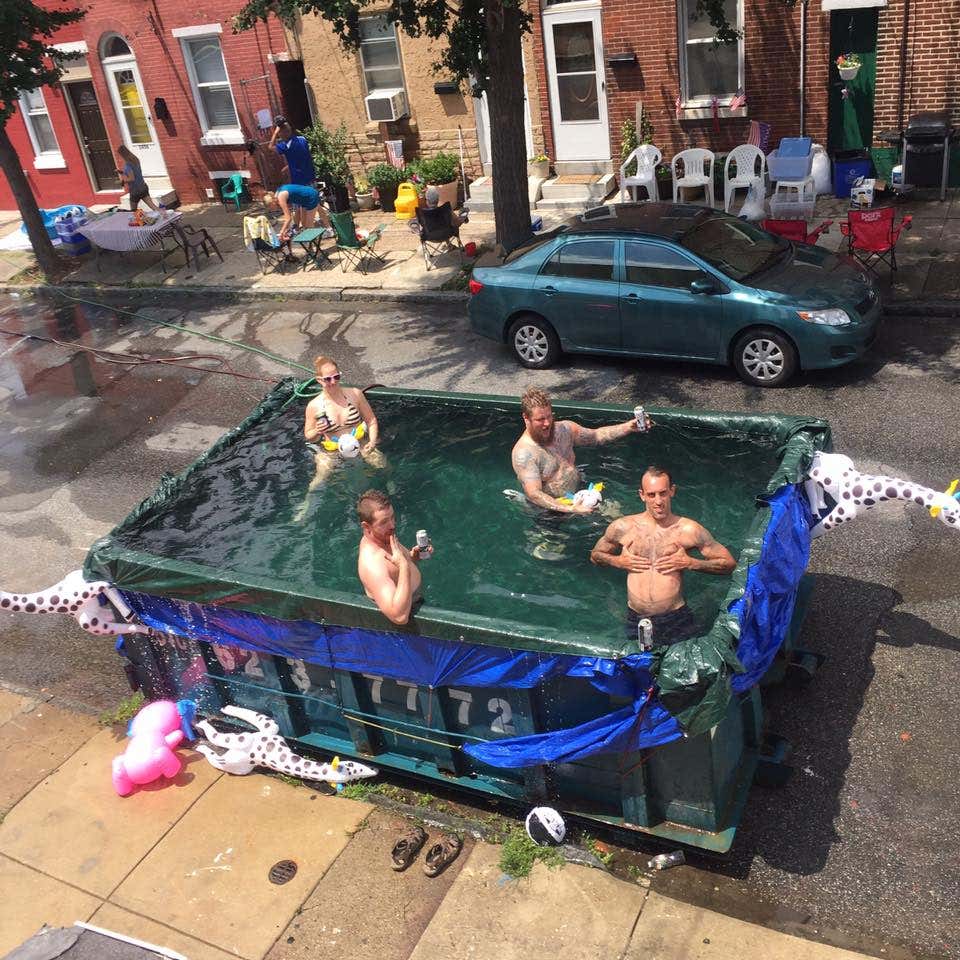 It was a year ago that a group of Philadelphians introduced the world to the Dumpster Pool. There’s a reason why many people refer to Philadelphia as the Paris of Pennsylvania. You can’t look at that photo and tell me that Philly isn’t one of the most beautiful cities in the world. A true stroke of white trash genius put into action right there. An easy, practical solution to beating the heat for cheap. But if you recall, city officials weren’t exactly thrilled with the idea of every dumpster in the city turning into an above ground pool and they put an end to it.

But people from Philly are tough. We don’t quit and when we’re staring down adversity in the face, we don’t run away. We kick adversity in the dick, punch it in the face after it hunches over and then piss on adversity while it’s laying there helpless on the ground. So with the Dumpster Pool getting the ax last year, here’s how the city overcame. 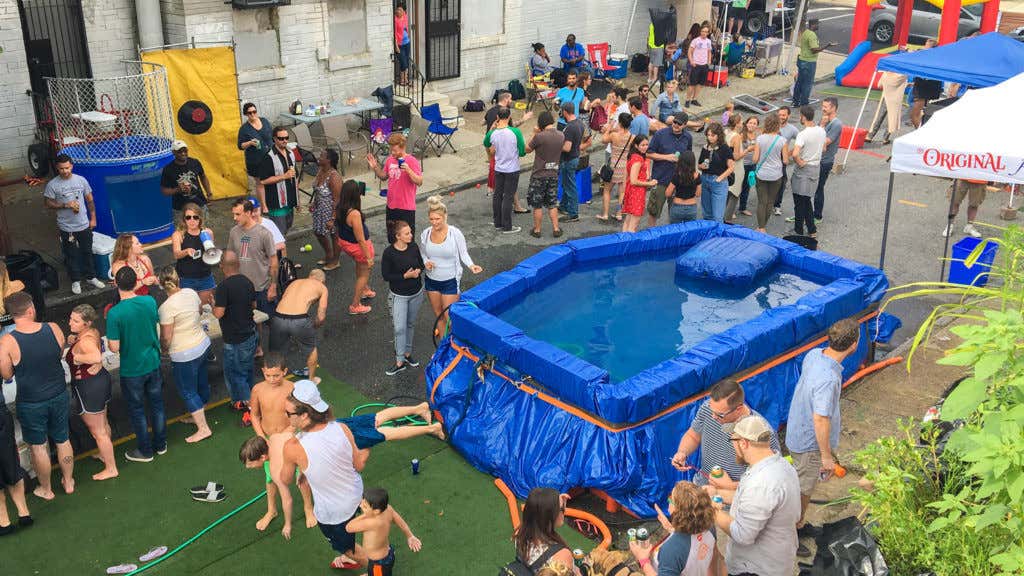 Billy Penn – Dated last Wednesday, July 26, the permit had been adjusted from its standard format to specifically say “no dumpster pools allowed.” But Myers is not one to disappoint. So he and his friends came up with a totally different way to cool off: A roadblock pool.

In weeks leading up to the party, he and and his friends went on a mission they called “Operation Jersey Girl,” and collected all the orange plastic Jersey barriers they could find. The night before the big event, they arranged them in a 12-foot by 8-foot rectangle, created a bench on the inside, covered the bottom with astroturf and draped the whole thing with layers upon layers of waterproof tarps. 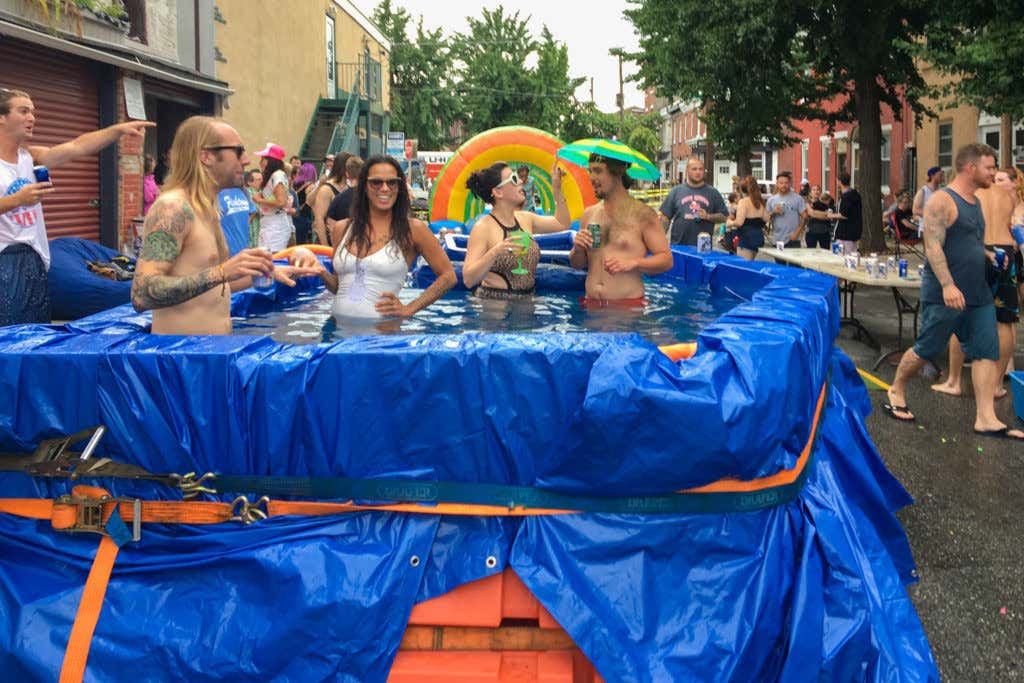 Never, ever underestimate the resiliency of the hipsters in Fishtown. Trust The Process. You take away their dumpsters, they just replace them with plastic traffic barriers. Everybody knows that.

And when big government comes for the traffic barrier pools? Well I’m sure the only next logical step will be to fill up an old, out of service SEPTA bus. White Trash Ingenuity never sleeps.