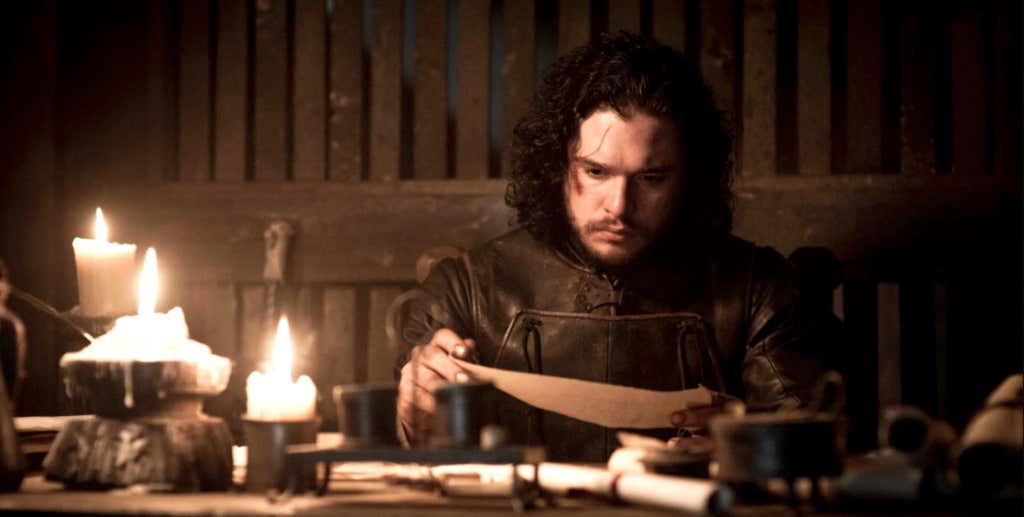 Hey everyone, welcome back to the weekly Game of Thrones Mailbag. We’re doing these every Sunday for the rest of the season. You can DM me any Game of Thrones question on Twitter @CharlieWisco (DMs are open to all) and I will answer it. Know what also my Twitter is good for? Tweeting out the link to the Postgame of Thrones Youtube show where 15 minutes after every Game of Thrones we recap the highlights, lowlights and everything inbetween with a special guest. This week we had on Mike Golic Jr of ESPN. Where can you watch it? Glad you asked!

This week we have for our guest Frank Kaminsky. He’s a forward for the Charlotte Hornets, recurring guest on Pardon My Take, Game of Thrones superfan, Wisconsin college basketball legend and generally swell guy. We’re very excited to have him. Check his, my or @TheClemReport ‘s Twitter for a link at 10:15 ET/9:15 CT to watch it live where you can ask questions and interact with us in real time OR better you can watch it tomorrow at the bottom of the Game of Thrones recap blog here on BarstoolSports.com. Let’s get to your questions. I’m going to pick the best 10 moving forward so they aren’t full-length novels. 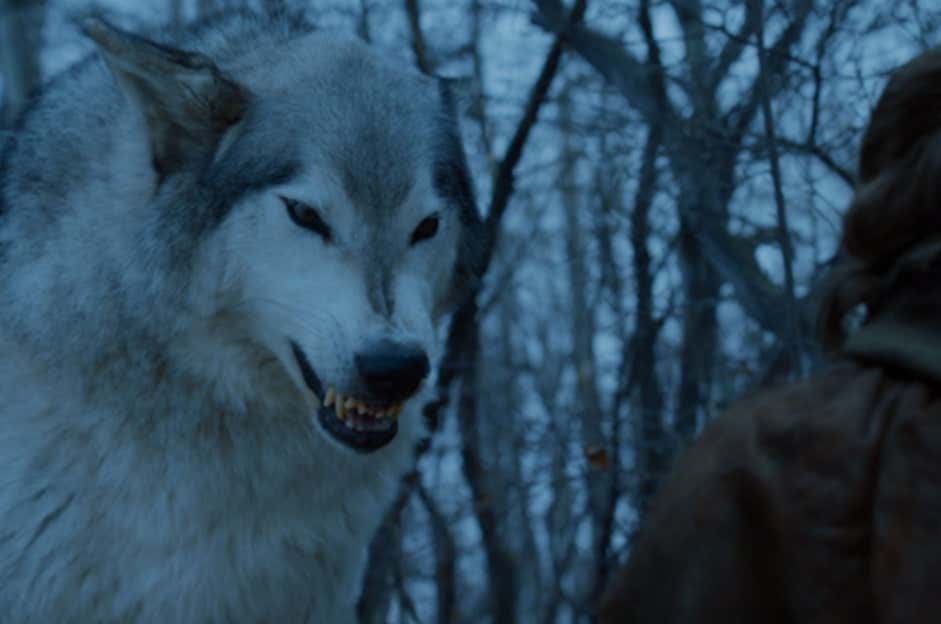 Shane: My question is do you think Nymeria comes back into play? I hope she comes back when Arya gets into some trouble much like Drogon would come back for Dany in past seasons.

I find it hard to believe that Game of Thrones would drop the duffle bags full of cash they have must on the CGI budget for a brief scene that only serves as a semi-cryptic metaphor. That makes me think Nymeria is going to come into play in some form or fashion.

However, the whole point of that scene according to the Behind The Scenes explanation was that it was about Arya letting Nymeria run wild, just as she is the “wild” one of the Stark family. So that, almost by definition, would you think she isn’t coming back.

Maybe Arya coming back into the Stark fold will sort of domesticate her in a sense and then we see a return of Nymeria. At least I hope so. I think the direwolves add a wild card element to the Northern scenes of the show.

CHILLY: With Arya going North I think it’s almost a lock that Arya kills Littlefinger. What are your thoughts?

Littlefinger is the trendy pick for who’s going to die this season. While I think it’s highly possible, and I’d venture to even say probable, I don’t think it’s the slam dunk lock that everyone thinks it is. If Littlefinger were to theoretically die, it’d almost certainly be Sansa who’s be behind it in some way.

However, Arya wants to get revenge for those who betrayed the Starks, and Littlefinger certainly fits the bill (with Jon headed to Dragonstone to Varys, one of the keepers of that knowledge). But I wouldn’t say it’s a 100% certainty, that snake Petyr has a penchant for survival that has gotten him this far.

I got a lot of versions of basically the same question…

Carl: What do you think are the chances Tormound becomes a white walker. The Night King has had a couple white walkers go down by now and everything points to a battle at East Watch were Tormound is heading with the wildling army.

Matt: Not sure if this has been covered already but what are the odds we see Hodor return in the form of a white walker since his body wasn’t burned? He was one of the most pure good hearted people in the show and maybe that would make him capable of turning on the night king to save Bran again in a future battle against the white walkers.

Camus: what would you put the odds of the nights king making it to winterfell and raising the dead? id put it at 95% after the scene last week when littlefinger mentions that he brought neds bones back to winterfell.

The possibility of “What if beloved character X returns as part of the army of the undead” is fascinating to a lot of people. We have already semi-seen it with the wildling mother who we saw be defeated in combat and then come back as a walker. So yes I think we’ll inevitably see it again, with Hodor being the best probability because his size would make him a big X-factor. For the people saying it’s a lock that Ned comes back, I would like to remind you all that his head is cut off which might pose a problem.

Liam: For the mailbag, do you think there’s any chance that Dany tries to legitimize Gendry as a Baratheon in order to secure support from the Stormlands?

No. The Stormlands are pretty much smashed. Renly is dead. Stannis dead. Robert is dead. Look at how easily Dany was able to just move into Dragonstone, the castle that Stannis used to just inhabit. Who cares if you have the Stormlands behind you when there probably isn’t an organizing force behind it? Also, while we are going to see Gendry again, I think we’re way past the point of hereditary succession mattering anymore. Iron Thrones goes to whoever can grab it. 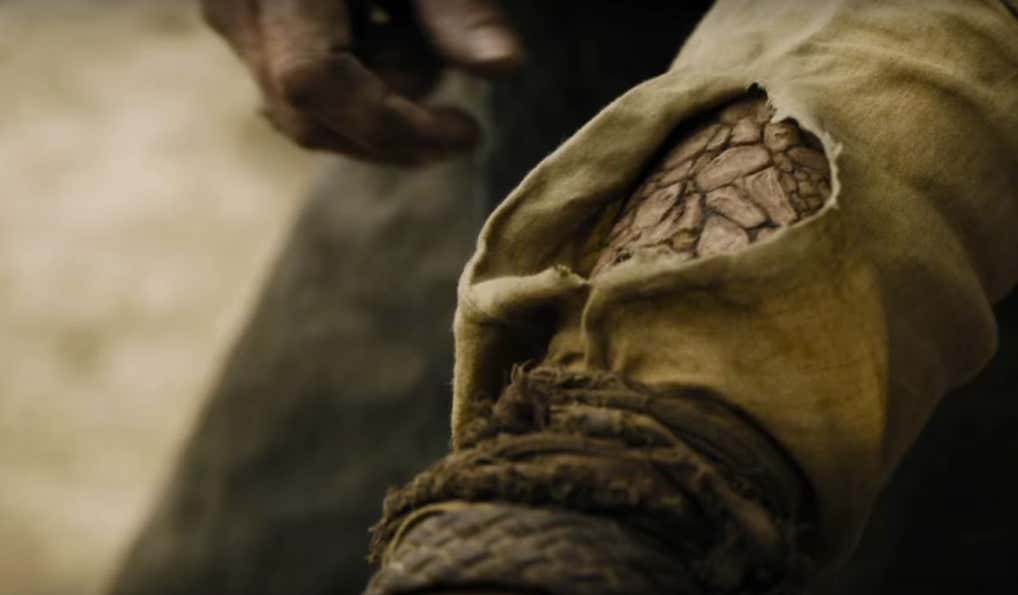 BRENT: Sooo assuming Sam cures Jorah, then they go link up with Dany and Jon? Does it all seem to obvious. Can’t find where this plotline leads.

That would be the logical thing to assume. And given that Sam is Jon’s right-hand man of sorts and Jorah was to Dany, it could be a possible link the alliance that binds them. Also Game of Thrones is all about lineages, so the Mormont connection could solidify the trust that Snow has in Dany and Company.

The problem with the Joran storyline isn’t that it makes no sense or is illogical, it’s just that I don’t see where it adds anything. What value, either sheer entertainment or plot value, or does Jorah add that we really need? In TV writing, like most things in life, less is usually more and I feel like he’s unnecessary. But maybe they have something in mind for him that I’m not seeing. At least I hope so.

Kole asks: Since John is going to Dragonstone, if Arya comes back during this time, how does Sansa react? The two never had a great relationship. I know the easy answer is it’s her sister she would be happy she is alive but it’s another Stark in Winterfell. I can’t see it being as simple as a happy reunion.

Just like the reunion of Jon and Sansa, while it will be happy and they will genuinely want what is best for one another and the Stark family, it will inevitably be filled with complications. I wouldn’t read too far into Sansa and Arya’s childhood spats as evidence that they will hate each other or anything like that, anyone who’s had sisters can tell you that that wasn’t terribly unusual. I like to think Arya joining the Starks will be like Dennis Rodman joining the Bulls, it’s the last piece they’ll need to become an unstoppable dynasty. Too bad Thrones doesn’t often indulge my hopes and dreams.

Alex: Any chance that Varys switches allegiance to Jon after meeting him and eventually learning of his Targaryen heritage?

Well he was just threatened to be burned alive with dragon fire, so that will probably inspire some level of loyalty. Varys is a survivor, that is his part, as he told Ned in his cell so many years ago.

I think the hardest person in Dany’s camp to convince to forge an equal alliance with Snow is going to be Dany (and Olenna I guess). Tyrion likes Snow and trusts him. Varys had a tremendous amount of respect for Ned Stark. Misandei will look out for the interest of the common people. It’s going to be the Queen of Dragons above anyone else who’ll need to be persuaded.

Jake: Do you think Theon is ever going to redeem himself or is he broken beyond repair? Why not just kill him off?

The fact they kept them alive will probably mean Theon is going to do something heroic at some point, but I’ve been saying that for like four seasons now! The only heroic thing he’s done so far has been “saving” Sansa and he barely even did anything. Trying to distract the dogs he ran like 15 yards.

Theon will probably die sacrificing himself somewhere down the line, I feel pretty safe predicting that. But at this point, is that enough for a full redemption? Not in my eyes. Not even close to me.

Will: How did Euron know where Yara’s fleet would be? I get that certain things have to happen to move the show but does Dany have a mole?

Dany could have a mole. One of the Ironborn that Yara commanded could be a mole, or more likely, was shaking in his boots thinking about Euron and decided to flip in exchange for mercy. But also, in the books Euron is portrayed as a semi-magical, semi-mystical figure. I think with his sudden appearance and dramatic fashion of taking the ship, fireballs, his rock star entrance off the bridge, they’re trying to build a similar aura around him. I also think it’s working.

GAVI ASKS: We see that bran can meddle when he goes into the past, (Hodor, Ned turning around, night king grabbing him) is it possible that he is the night king after he tried to stop the children from making the night king, like he went back in time to stop it but it wouldn’t have happened unless he went back to try to stop it? A little inception-ey of a theory. But maybe.

That seems a little convoluted to me but it would not surprise me if Bran has had some hand in forming the events of Game of Thrones unintentionally. Knowing he can affect the past seems like too big of a factor to just leave it with minor plot details (or major, if the Night King grabbing him means he just destroyed the magic of the Wall and now White Walkers can advance beyond the Wall). One popular theory a lot of people are kicking around is that Bran is who drove the Mad King mad by whispering to him or something like that. I think we’ll see something like that eventually.

Well that is enough from me. Everyone enjoy their Sunday and the episode tonight. Tune in to me and Clem talking to Frank Kaminsky about Game of Thrones tonight live on Youtube. Peace.