My God it finally happened. The Yankees played a series against a major league baseball team and they won more games than the other team. It actually happened. Quick flashback to what we’ve had to endure over the last month and a half..

The Bullpen
It’s already becoming pretty obvious how good of a trade this was for the Yankees. Now it may end up working out great for the White Sox too, but we won’t know that for years. Right now, Tommy Kahnle and David Robertson are fortifying this bullpen and taking it from mediocre to elite.

My God Tommy Kahnle is a good looking dude too. If you didn’t get a chance to see him pitch this weekend then shame on you. The kid just absolutely dominates when he’s on the mound. In three appearances this weekend he was near perfect, with the only blemish being a fantom hit by pitch.

Kahnle was the main piece in the deal and the sole reason Blake Rutherford was included in the trade. So now we’re throwing out a bullpen that includes Adam Warren, Chad Green, Tommy Kahnle, David Robertson, Dellin Betances, and Aroldis Chapman? Hello 2015 Kansas City Royals meet the 2017 New York Yankees.

It doesn’t matter when you bring him in or what situation it is, Chad Green gets the goddamn job done. He’s a magician.

I WONDER WHAT CERTAIN PERSON WASN’T ON THE TEAM THIS WEEKEND….HMMM…..

Honestly, reading that Tyler Clippard was named the White Sox CLOSER was the funniest thing I’ve ever read in my entire life. Like not even close, just laugh out loud, rolling on the floor crying laughter. So how’d this go?

This made my weekend. Tyler Clippard is truly the worst relief pitcher in the history of baseball.

Let’s look back at the horror this man put us through because it’s finally OVER. 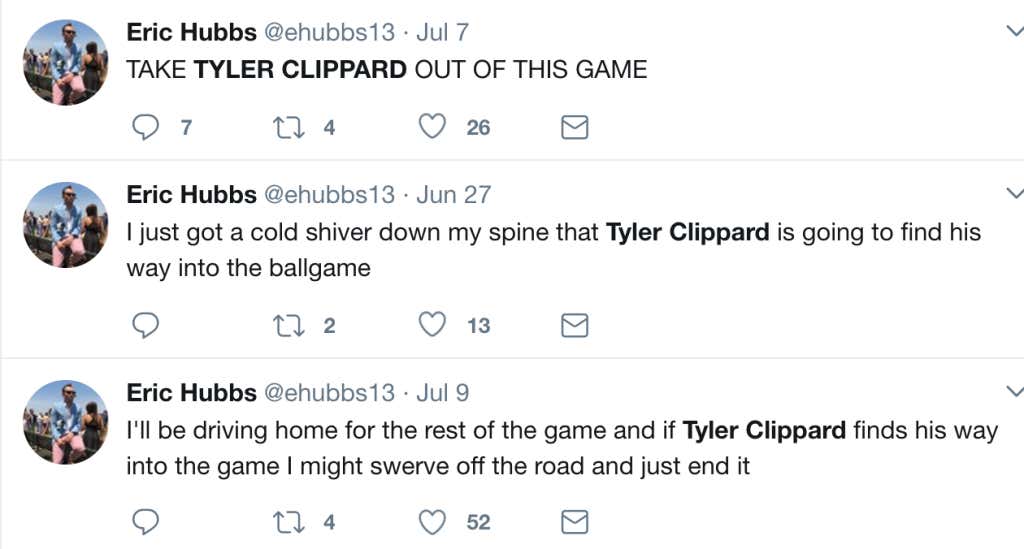 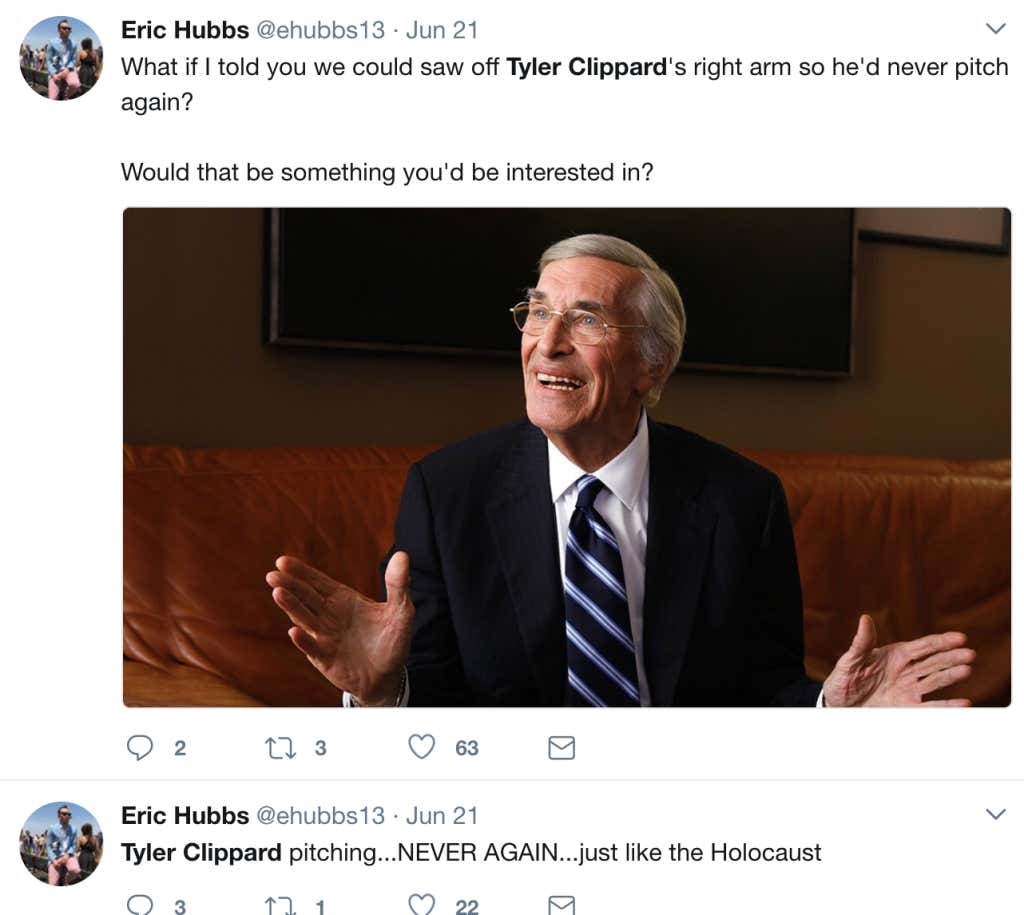 One of the furthest balls ever hit and it fucking broke Statcast. Zero recording of any data on the hit. Statcast was created specifically for moments like this and it flat out didn’t work. Hilarious.

Todd Frazier Has No Idea How To Hit a Baseball

2 for 16 was not the ideal start for the new Yankee third baseman. I mean Todd Frazier took some of the worst swings I’ve ever seen this weekend when trying to hit a baseball. Missing pitches by miles off the bat. Popping up almost every single pitch in the infield. It wasn’t a great look, but hey maybe he just needs some home cookin’ to get going? He’ll probably have most of his family from New Jersey at the game on Tuesday so let’s hope it motivates him and gets the bat going.

Luis Cessa, Bryan Mitchell, Caleb Smith. What do they all have in common? They’re not capable of being the fifth man in the rotation. You could see in Girardi’s post game interview when asked about Chance Adams that he sort of has no idea why he’s not up. That decision isn’t in his hands, it’s in Brian Cashman’s. Reports from AAA saying Adams is still having command issues and developing his change up. I mean there’s just no way he isn’t better than the three names I just listed. Give the kid a shot and if it doesn’t work out, you send him back down. It’s harmless and a move the Yankees need to make.

Every single game this kid plays he makes something happen. Legitimately ripping the cover off of balls every time he gets wood on the ball. He’s balls to the wall at every moment of the game and that’s simply a guy you need playing every day.

Credit to Girardi playing him Friday, Saturday, and Sunday in place of Ellsbury. Frazier of course came through with the go ahead double yesterday because that’s what this kid does. I had almost zero doubt he was getting that hit yesterday. At this point Ellsbury is a very, very expensive pinch runner and that’s all. I honestly don’t know what’s going to happen when Hicks comes back in a few weeks, but Frazier needs to be on the field. End of story.

This was a big weekend to show upper management this team, with it’s new identity, will start to win again. What it really needs is another starter. Does it necessarily have to be an ace in Sonny Gray? Not exactly, although that would be ideal. There have been talks of dealing Ellsbury for another big contract like Verlander, Cueto, Jordan Zimmerman or Samardzija which I wouldn’t be opposed AT ALL if it was the last three I named. I don’t want anything to do with a 35 year old, washed up Justin Verlander who’s owed $28 mill per over the next two seasons. Anyone but that fucking guy. If Cashman could pull off a trade getting rid of Jacoby Ellsbury then he’s a sorcerer. Straight up sorcerer.

After not being home since July 9th, New York returns home starting tomorrow for a two game set against the Reds. After that Tampa comes to town for a huge four game series. Chris Archer against Sabathia should be a fun one on Thursday night. I’m feeling a 5-1 week I don’t know about you guys.