Today is the 30th Anniversary of Guns N Roses’ debut album, Appetite for Destruction, which is in my opinion, the greatest rock album of all time. I’ve spent a lot of time tweeting about GnR over the last few days/weeks, mostly because of this anniversary and the exclusive SiriusXM concert to go along with it. The show took place last night at the Apollo Theater, and I couldn’t get in after MANY attempts through every just about “connection” myself and my brother have. I hop on Twitter, defeated, and see that both of my bosses are there.

Super happy for them, wish I would’ve known they had an extra ticket, but whatever. My ticket for October only cost five hundo. Gulp. At least they didn’t rub it in my face, and actually…apologized for going? 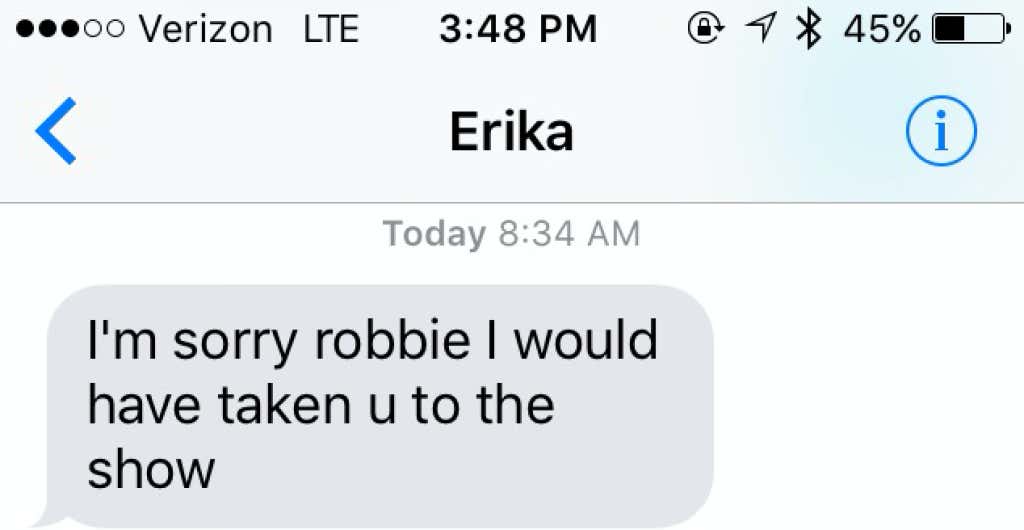 I mean, Erika’s just the best. Dave…not so much.

I waited too many years for Chinese Democracy to be treated that way. I mentioned on Twitter that I was going to do this blog and got some backlash from people who were like, “Oh yeah, just what we wanted. An eighteen year old blogging about an album from 1987.” Counterpoint? I was raised on this fucking album. Take a look at my preschool yearbook (age 4): 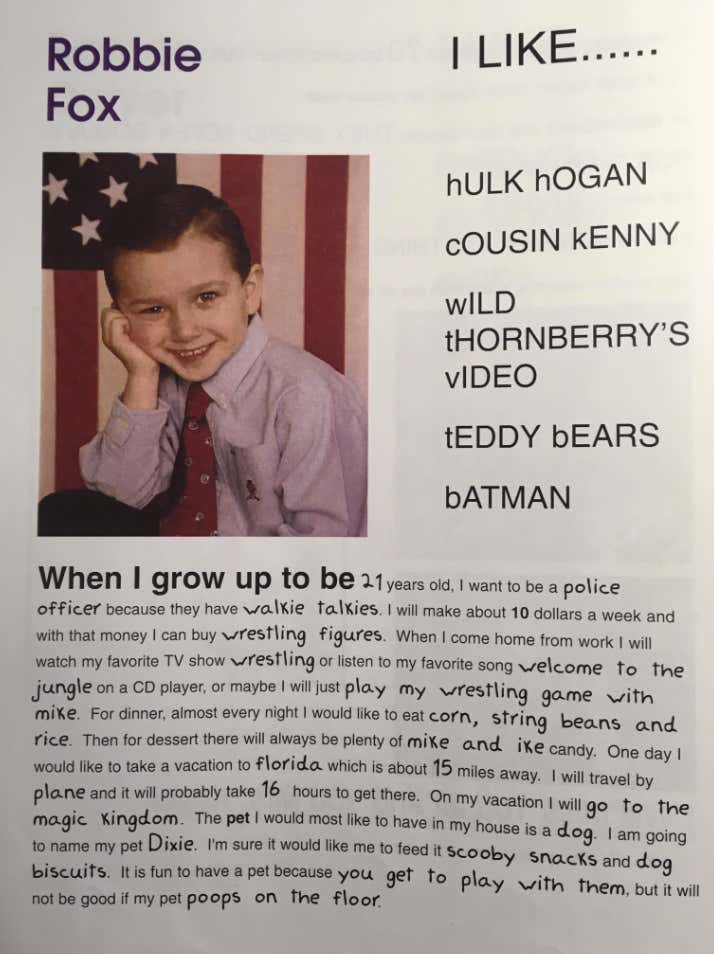 How about my first appearance on national television, in the crowd at Monday Night Raw (age 5): 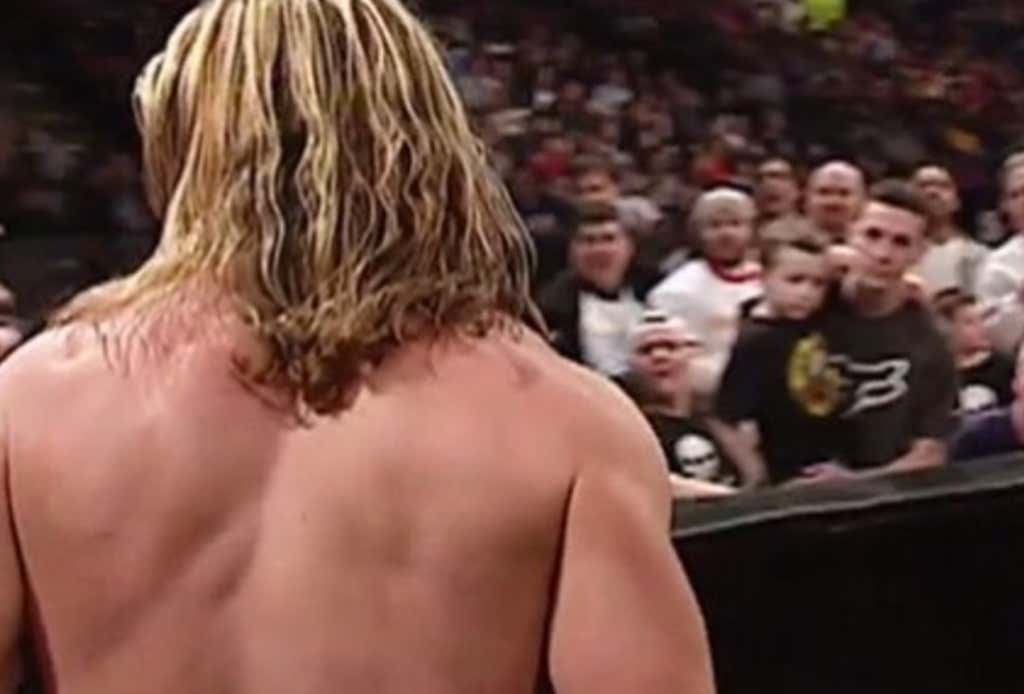 So yeah, I wasn’t born when this album came out. Not even close. It still crafted my taste in music, and what my vision of true rock and roll is. I didn’t realize the whole album was about drugs, sex, alcohol, and running away from cops until much later in life, but watching full GnR concerts with my brother are some of my favorite memories I have from my childhood. Axl in nothing but bike shorts and a bandana, Slash never NOT ripping a dart, and Duff/Adler/Izzy looking like they just came off a 12 night bender on Sunset Boulevard, having never showered ever. Of course they’ve got the Use Your Illusions, GnR Lies, and Chinese Democracy, but looking down the line of bangers…Welcome to the Jungle, It’s So Easy, Nightrain, Out Ta Get Me, Mr Brownstone, Paradise City, My Michelle, Think About You, Sweet Child O Mine, You’re Crazy, Anything Goes, Rocket Queen…oops that’s the whole album. The ENITRE ALBUM IS FLAMES.

Finally seeing them live in August was one of the best nights I’ve ever had, and the best live show I’ve ever been to. Somehow…someway…Axl’s voice came back from the dead, and I highly recommend you splurge and treat yourself to a Guns show. Not if you’re a fan of theirs or if you’re a hard rock fan, no. If you’re a fan of music, you should see Guns N Roses in 2017. It’s an experience.

Charlie Wisco is another huge GnR fan, and wrote this awesome piece on the album, more about the album itself than his personal experience with it. Check it.

Slash once wrote that he’s spent his entire career trying to get his guitar to sound the way it specifically did when recording Appetite, to no effect. It was a once-in-a-lifetime happening. Something about the confluence of events when he recorded the signature blues sound on that signature album, the guitar, the humidity, the way he was playing, a thousand different factors, made every note so incredibly distinct that he’s never been able to fully recapture it. I think that’s the perfect metaphor for the album and the band who made it in general. Appetite For Destruction is called by a lot of people to be the debut album of all-time. And it damn well better be, because of the short-lived nature of the original Guns N’ Roses, we don’t have much else of them.

Some people look at the quick rise and fall of one of the quintessential rock n’ roll bands as tragic, but I don’t see it that way. The raw excess of Appetite For Destruction, the palpable reek of booze, drugs, and addiction from tracks like Nightrain, Mr. Brownstone, Out To Get Me. Axl having sex in the studio and putting the recording as the background of Rocket Queen, the unbridled insanity of Welcome To The Jungle, My Michelle, It’s So Easy, Anything Goes. That type of crazy can’t last forever. It can only sustain itself on it’s own energy for so long.

Appetite For Destruction and Guns N’ Roses in general were a comet shooting across the sky. It might have been a flash in a pan, but it was a flash that burned bright. In it’s wake it left behind an attitude of rebellious rawness that is still easily accessible and understandable to kids like me, kids who were born well after the album’s recording and release. That it holds up as one of the great embodiments of the rock and roll attitude 30 years later is a testament and evidence that it will be enjoyed as the masterpiece it is for the years, decades and generations to come. Guns N’ Roses might have been too frantically, desperately insane to last for very long, but it will leave behind a musical and cultural legacy that is immortal.