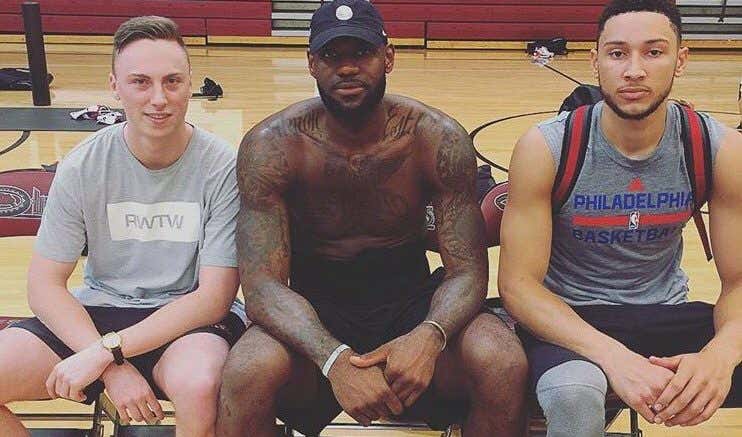 I don’t need to tell you the Philadelphia 76ers men’s basketball team is having the best offseason in the NBA. You already know that by now. Everywhere you look it’s “Sixers this” and “Sixers that” and “wow, even though these guys haven’t even put together a full season together yet, they’re already the best basketball team ever assembled“. These are other peoples’ words, not mine. The whole world is out there trusting the process, and nobody more so than LeBron James. It’s like he’s in middle school and has a crush on the Sixers so he keeps leaving little subtle love letters in their locker.

Whether it’s wishing Ben Simmons a happy birthday while dropping an Embiid reference. Or having JJ Redick on his podcast network.

The man is laying some serious groundwork here. You don’t do all this shit if you’re not planning on eventually asking the girl out. Pretty much the only thing he hasn’t done yet is go through and like all of Markelle Fultz’s Instagram posts.

Am I saying it’s a 100% lock that LeBron James ends up in Philly next year? Not exactly. There’s still a chance the Sixers don’t look as sexy without their makeup on in the morning. I’m not an idiot. I know this. Healthy Embiid? That’s a certified 10 at the bar. Embiid getting injured again? That’s waking up next to an ogre the next morning and frantically trying to order an Uber without waking her up so you can get the hell out of there and forget the entire thing ever happened.