Daily Mail – A University of Central Florida student who graded his ex’s misspelled apology note then tweeted it, has been suspended for cyber bullying.

Nick Lutz received the letter from his former flame earlier this year, apologizing for her behaviour during the relationship. But he took the ultimate revenge by picking up on the mistakes in the letter in red pen and sharing it on Twitter.

The tweets of the note, which he graded as a D minus for repetition and bad handwriting, quickly went viral, prompting his ex to file cyber-bullying claim.

While prosecutors never pursued the charges, Lutz says he has been suspended from his school – despite the fact that his former girlfriend is not a student there.

‘Looking back at it now, it’s probably the craziest thing that will ever happen in my life,’ he told WFTV.
‘My main goal was never to expose her. It was to show the emphasis on the letter,’ he added.

But the University of Central Florida believes the tweet violated its code of conduct for disruption and cyber-bullying and have suspended him for two semesters and put him on probation. 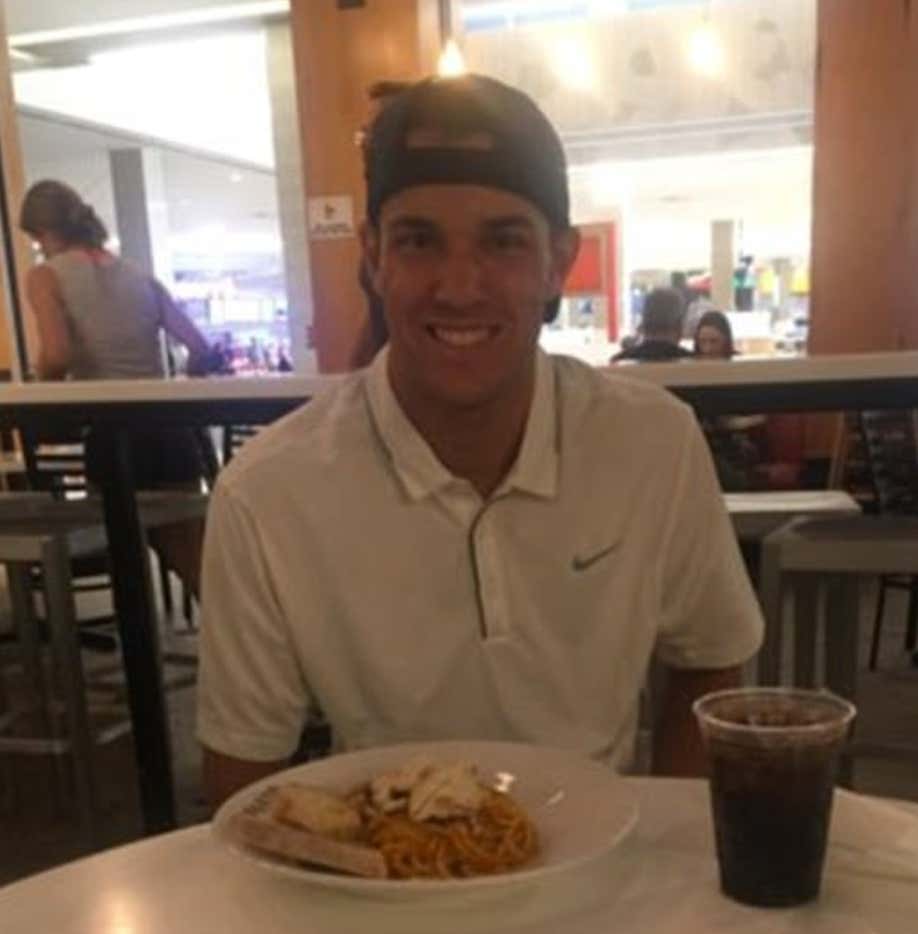 Poor Nick got dumped by his girlfriend.    The worst feeling.  Thinking everything is going great and that you finally found true love and you don’t have to worry about growing up to where all your friends are getting married and getting engaged and you’re at like a weirdly uncomfortable age to still be single and trying to fuck everything that moves at a bar at 2:30 AM on a weeknight.   Then, poof, all gone.  Got your ass kicked to the curb.  She’s probably already back on Tinder.  Probably pulled you off her damn Facebook profile picture before you even woke up.  Brutal.

And once the shock and sadness slowly morphs into anger there’s no telling where things go from there.  It can escalate quickly.   Luckily for this girl Nick took some pretty mellow revenge – simply graded the shitty writing in her long ass breakup letter and let his social media followers know how bad her grammar and deductive reasoning is. 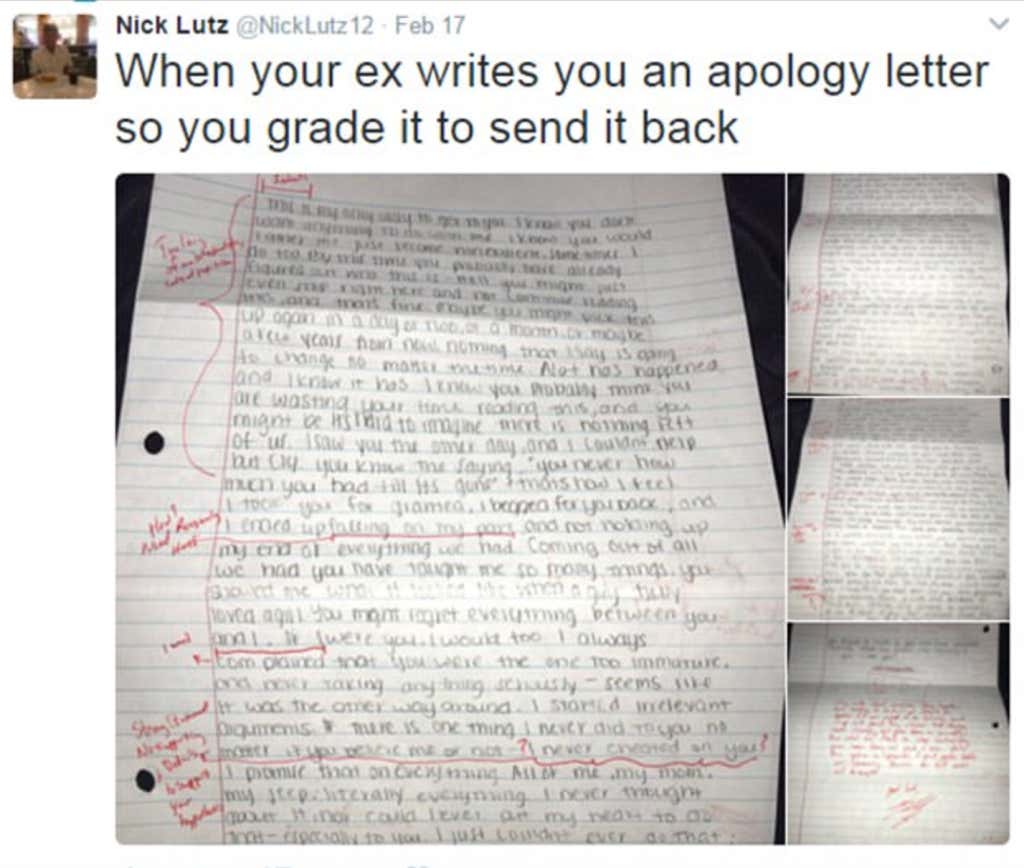 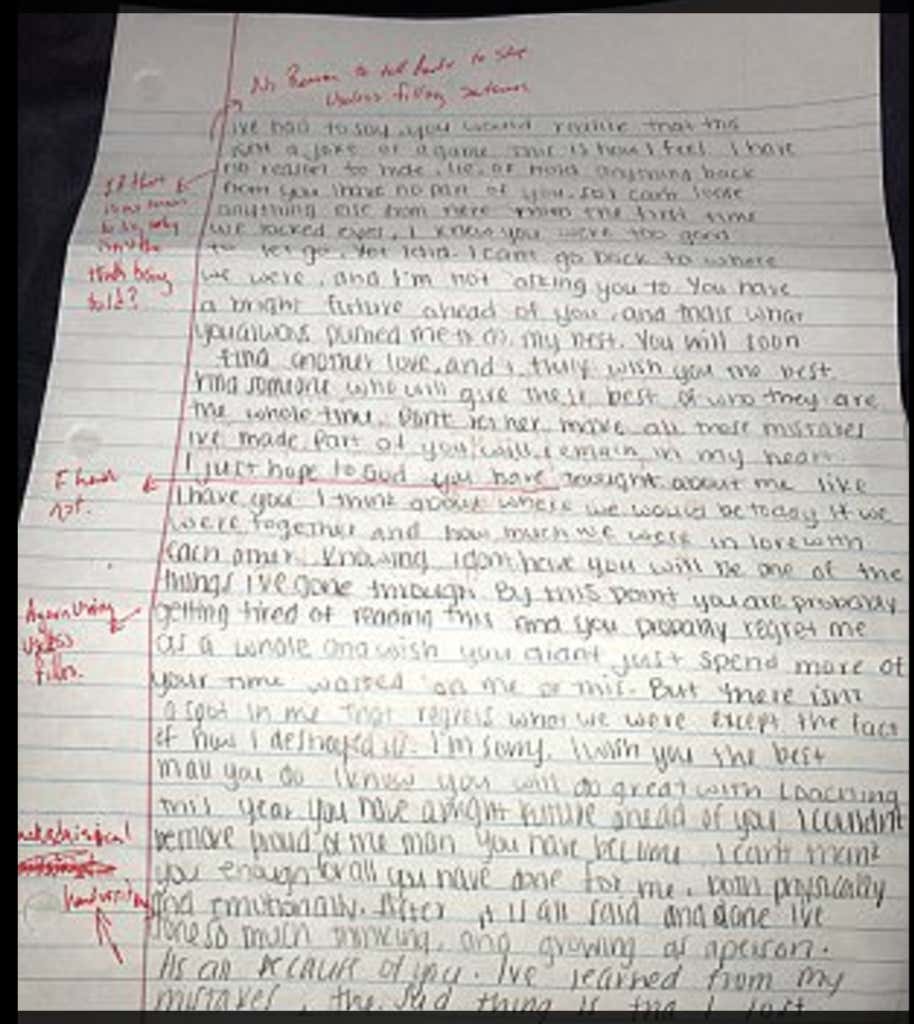 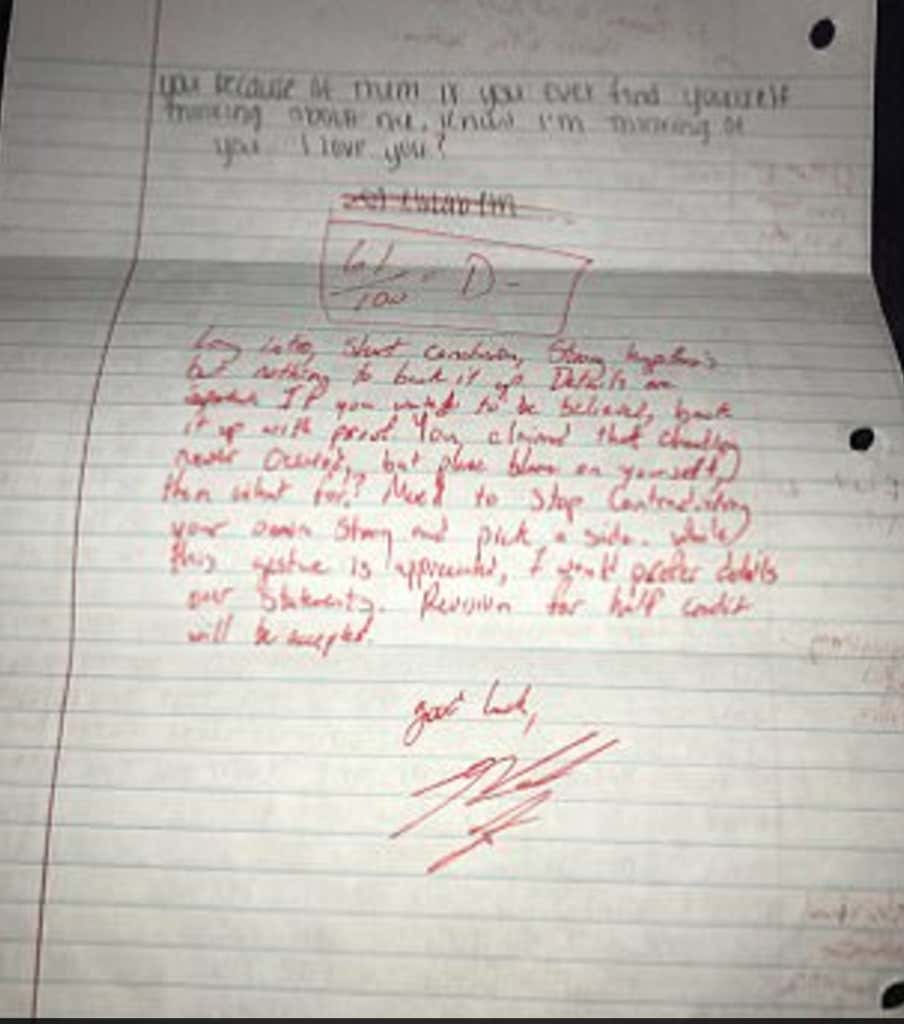 Pretty tame if you ask me.  Got a free writing lesson out of it too so when you look at it that way it was kind of a mitzvah.  Unfortunately for Nick, she disagreed, very strongly, to the point where she sued him.  Like in court.  For cyberbullying. And while no lawyer would take the case – don’t count out a college administration!  They’ll never fail to shock you with what they’re capable of.   Like suspending someone for tweeting a graded paper.

Happy ending for this one though – suspension overturned.

Let this be a lesson to everyone that no matter how badly your ex breaks your heart, don’t criticize her paragraph structuring.