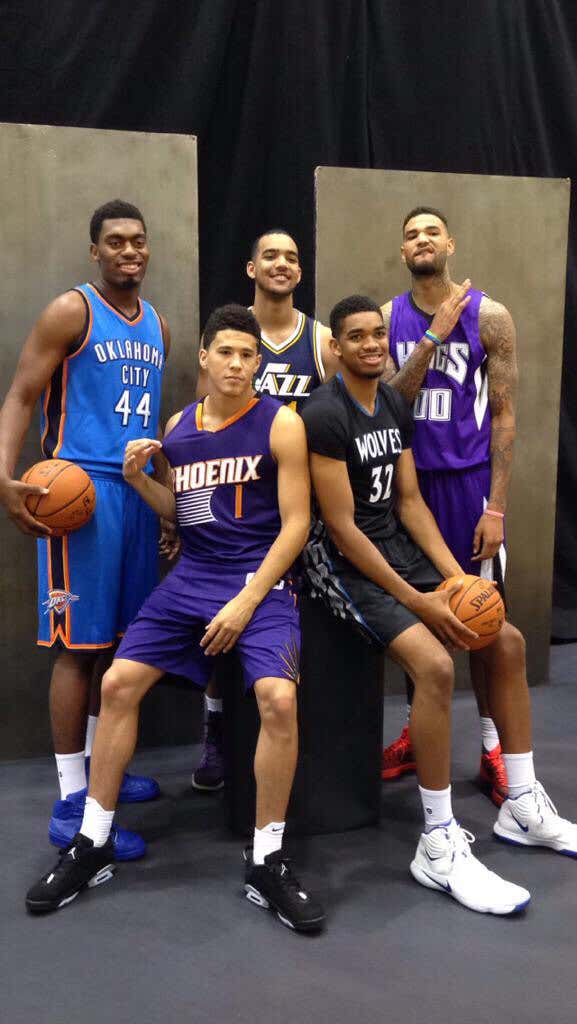 It’s been a hypothetical asked on Twitter quite a bit. Could a team made up of former Kentucky players beat the Warriors or Cavs? We may get to find that out – on a very smaller scale – according to Kentucky Deputy Director of Athletics DeWayne Peevy.

That was said on today’s episode of Kentucky Sports Radio. I have to say I’m very here for this  – as an NBA fan and a Kentucky grad. We’ve seen Kentucky do things like this before as they played UNC in an alumni game a couple of years ago. But, this? This would be something totally different. It’s close to the ultimate pick up game for college and NBA fans combined.

So what would the Kentucky roster look like? Let’s assume they can have 13 guys there, I’ll go with the following:

Now for a combo of NBA All-Stars, you’d assume they are the favorites? If it’s the Rockets, I’ll lean Team Kentucky and the Warriors would probably bet the favorites as well. Peevy did say the date of the game – whatever alumni game it will be – will be on August 25.

Now, will it happen? I doubt it. I would guess you see a guy like Harden or Durant play with more of the ‘B’ type players, most of whom have some sort of connection to Kentucky, whether they went to Louisville, Indiana, Florida, etc. Either way the hypothetical will live on.