USA TODAY- An appellate court in Brazil has dismissed a criminal case against U.S. swimmer Ryan Lochte, concluding that Lochte did not break the law in exaggerating the details of an incident at a gas station during the Rio Olympics in August.

Lochte had been charged with falsely communicating a crime to authorities after he gave an interview to NBC in which he said he and three other members of the U.S. swim team had been stopped and robbed at gunpoint as the cab they were in tried to pull away from the service station. Lochte, Gunnar Bentz, Jack Conger and Jimmy Feigen had been out celebrating after the conclusion of the swimming competition at the Rio Games. The swimmers, who were returning to the Olympic Village from a party, stopped at the Shell gas station to use the restroom.

Days later, Rio police held a news conference and said the athletes had vandalized the restroom, breaking a soap dispenser and mirror, as well as destroying a poster outside the bathroom. Police concluded that the swimmers had lied and there had been no crime committed against them, prompting outrage against Lochte in media accounts around the world.

Feigen was subsequently detained by police and agreed to pay a fine so that he could leave Brazil, but Lochte, who already had departed, stood by his story. His lawyers in the U.S. and Brazil moved to have the case dismissed, but a three-judge panel in a lower court ruled 2-1 that the charge was legitimate.

An appeals court on Thursday reversed that decision, 2-1, ruling that Brazilian law was not broken because Rio police had initiated the investigation, not Lochte. Whatever Lochte said in the interview with NBC did not constitute a false report, the court concluded. The decision has not yet been published and prosecutors have 15 days to decide whether they will challenge the ruling.

JEAH JEAH JEAHHHHHHHHHH!!!!! The Rio Olympics have been over for almost a year and the US is still picking up W’s.

Now I’m obviously not shocked one bit that Lochte got off. First of all, I don’t think the country of Brazil even has actual courts in it. I feel like there are a bunch of giant pits and everything goes the way of trial by combat. And even if they have a courthouse or two, there is no way the Brazilian government was going to attempt to lock up an American over a year-old pissing incident in a gas station bathroom. You think Brazil wants a piece of Donnie Trump’s Twitter fingers because a swimmer may have told a fib last year? No way, Jose. People have finally forgotten all the poop water stories and pictures of riots and police saying they were overwhelmed. The last thing Brazil needs is The Donald bringing up old shit and tweeting out gifs of him beating up a guy with the Brazilian flag as a head.

In the end, all of this was just a wacky, fun, ridiculous story that got us some cheap laughs during the summer as well as one of the more ludicrous quotes you will ever hear in your life. 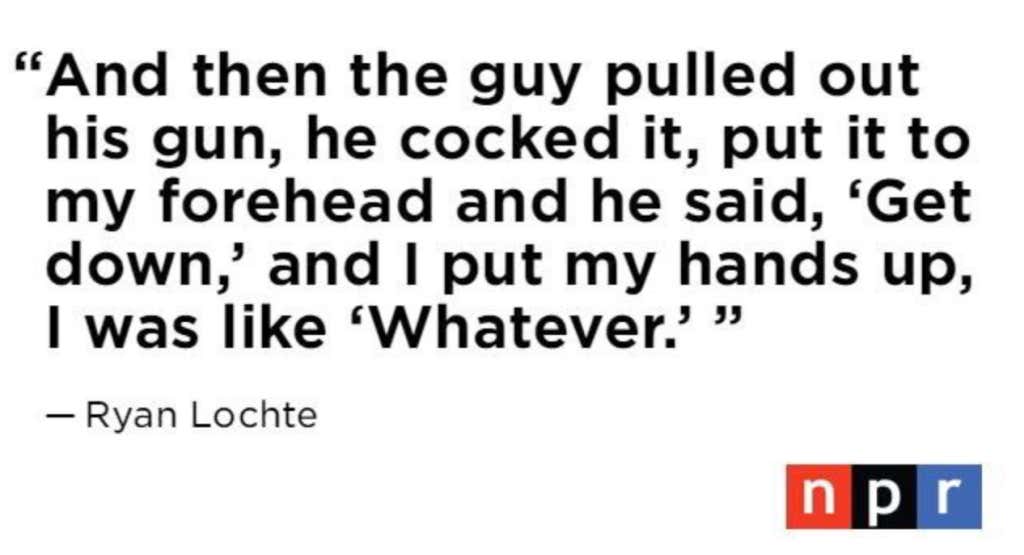 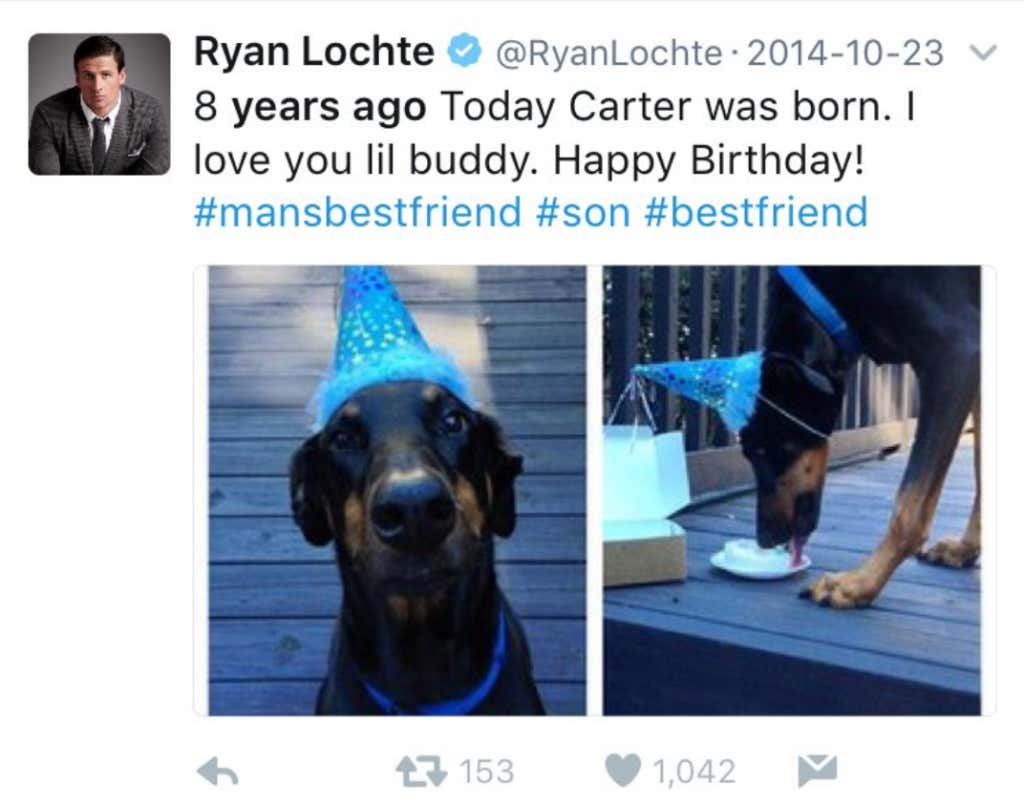 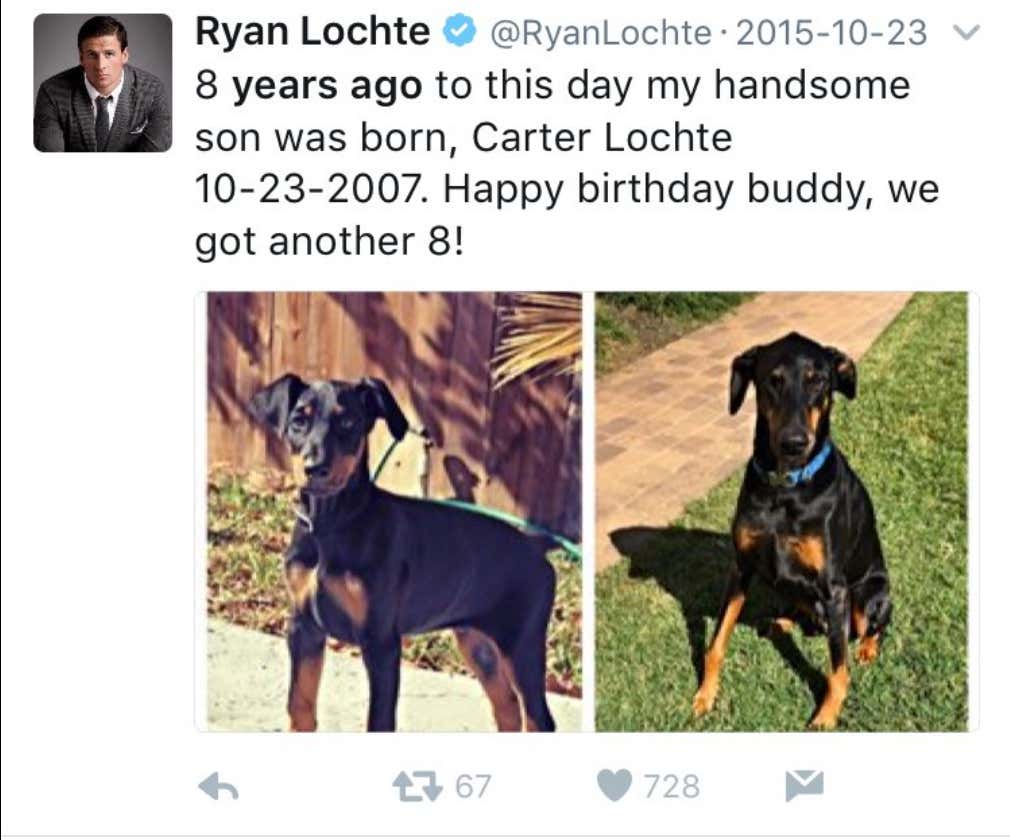 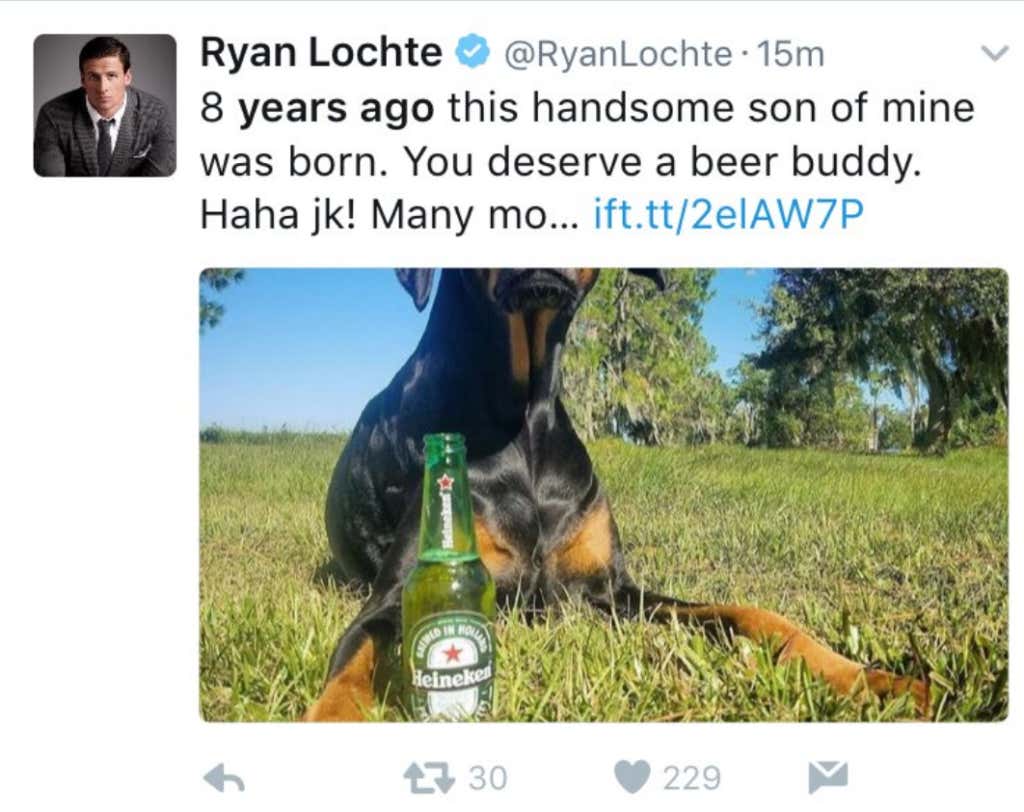 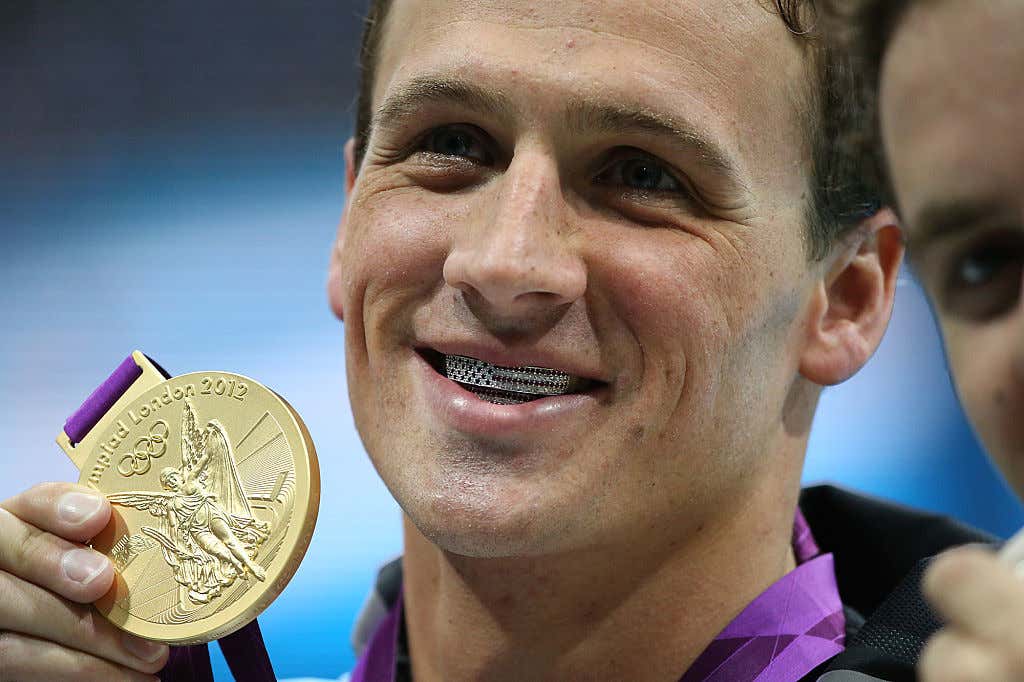