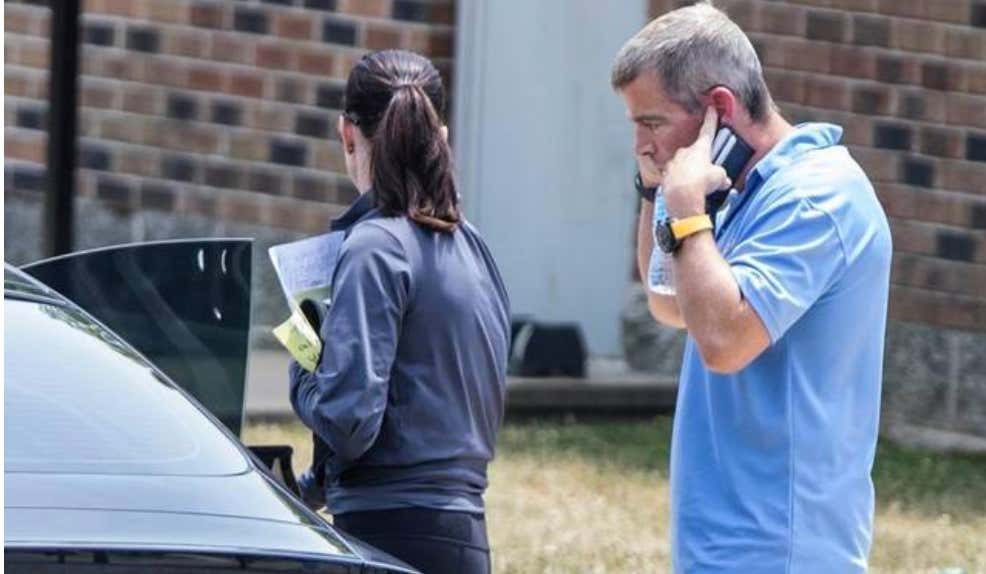 August Adolphus Busch IV, the former CEO of Anheuser-Busch, had in his helicopter four loaded guns, each with a round in the chamber, eight dogs and prescription pills when police prevented him and his wife from taking off from a parking lot, according to police accounts and a search warrant application filed Tuesday.

At some point, Busch told the officers that he was having an anxiety attack and started jumping around and running sprints, saying he was trying to get oxygen to cope with the anxiety attack.

Once Busch calmed, he allowed Frank to pat search him, then Frank asked if he could search the helicopter. Frank wrote that he found a pepper spray gun, a Ruger .22 revolver, a Ruger .357 Magnum revolver and a Glock .357 Magnum. All the guns were loaded.

Let’s get the elephant out of the room first. August Adolphus Busch IV sounds exactly like the name of a person who would have a private helicopter filled with dogs, guns, and pills. Just an outrageously fancy boy name. I love it. Not having a roman numeral in my name is one of the greatest regrets of my life, but I am named after pants which is pretty cool, I guess.

Anxiety is no laughing matter but let’s laugh a little bit about it. I don’t think running around doing wind sprints is the way to beat anxiety. As a dude with some PTSD, I’ve dealt with anxiety for a while. I don’t think doing wind sprints while getting questioned by the police about your 8 dogs, loaded guns, pills, and possibly flying while impaired is the way to go. Could be wrong, though. I’m man enough to admit that.