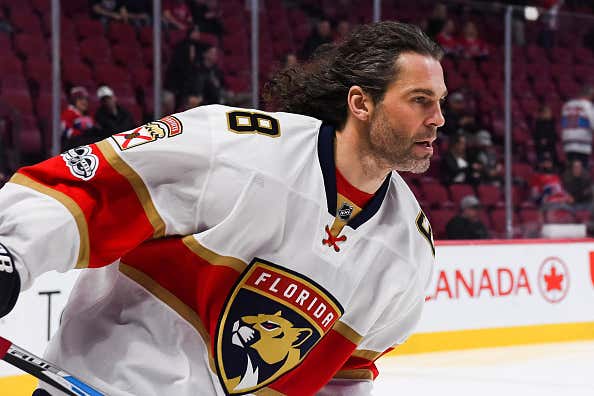 So let’s get this straight real quick. Last week we saw 13 players over the age of 35 get new contracts in the NHL. Joe Thornton got another year in San Jose. Patrick Marleau is going to Toronto for 3-years. Patrick Sharp back to the Blackhawks for 1. Mike Cammalleri heading to LA for a year. Ron Hainsey to Toronto for 2. Chris Kunitz to the Lightning for 1. Bracken Kearns to the Devils. Scott Hartnell back to Nashville for 1. Justin Williams back to Carolina for 2. Michael Leighton to Tampa for 1. Ryan Miller to the Ducks for 2 years. Dominic Moore to Toronto for 1 and Radim Vrbata to the Panthers for 1.

I get that none of these guys are 40 yet but still. There are clearly teams out there who are down to bring in some old legs to round out their roster. And yet nobody is taking a flyer out on Jags? The man is breaking my heart right now on social media. 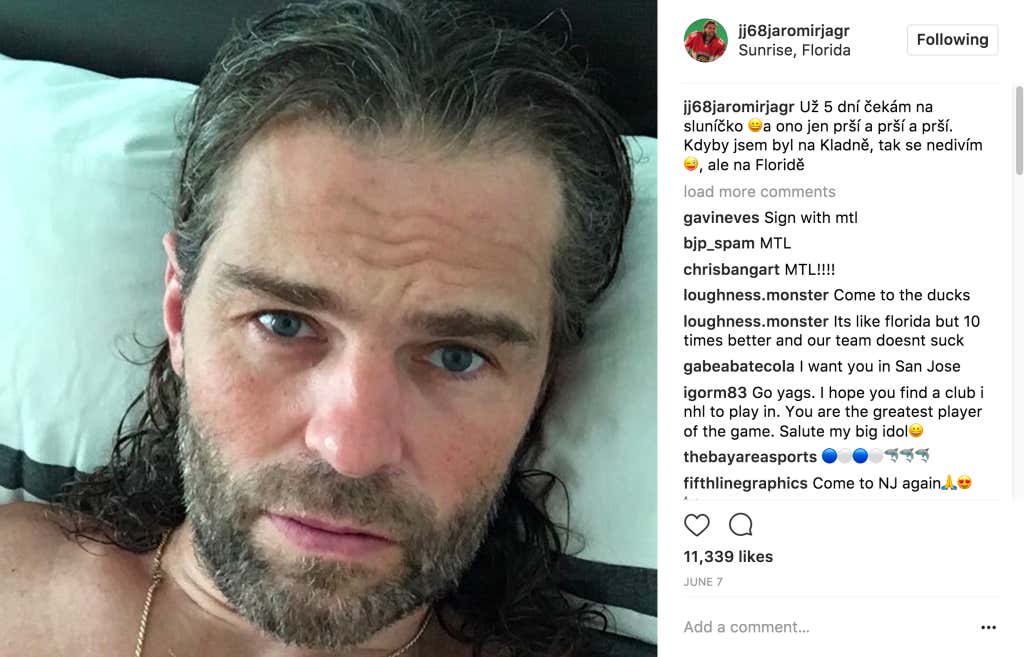 Just in case you don’t speak Czech because you are uncultured swine, here’s a translation for you: “I have been waiting for the sun for 5 days and it just rains and it rains and rains. If I were in Kladno, I do not wonder. But in Florida”

That’s some depressing shit right there. Somebody needs to sign Jaromir Jagr and they need to do it by the end of the weekend. The Canadiens are super light at RW now that Radulov signed with Dallas. They have $9 million in cap space with 22 guys already signed. The Sabres could benefit from bringing a guy like Jagr around Eichel and Reinhart. And right now their top RW is Kyle Okposo. As a younger team, they’re probably not trying to play slower but it’s not like they have blazing speed on the roster right now to begin with outside of those two. The Coyotes, Predators and Devils all have over $20 million to work with right now. You give Jagr a year at $4 million and what does that do to your cap situation? Absolutely nothing.

All I’m saying is there are teams out there who could still use Jagr and there are also teams out there who could easily afford to bring him in. I get that he’s a free agent so the other part to the equation is that he himself has to sign with a team. Which is why if the Avalanche came his way and offered him a contract, I could see him just deciding to wait this one out. But there aren’t many teams I could see Jagr saying no to at this point. So somebody give him a piece of paper, let him sign that shit and let the man play until he dies on the ice at the age of 68.