Thanks to Pardon My Take…and Fergie…and your drunk college roommate, peeing your pants as an adult has pretty much gone mainstream these days. Pooping your pants as an adult, especially when it’s in public and caught on camera, is still a rare occurrence that deserves to be celebrated and blogged about every time that it’s caught on camera. I must say, this guy handled the situation with as much poise and grace as can be expected from someone in a situation like this. He walked over to an area of the station with very little foot traffic before letting it slide out of his pants leg so other citizens wouldn’t have to deal with the trauma of stepping in human feces during their morning commute. Heroic stuff. 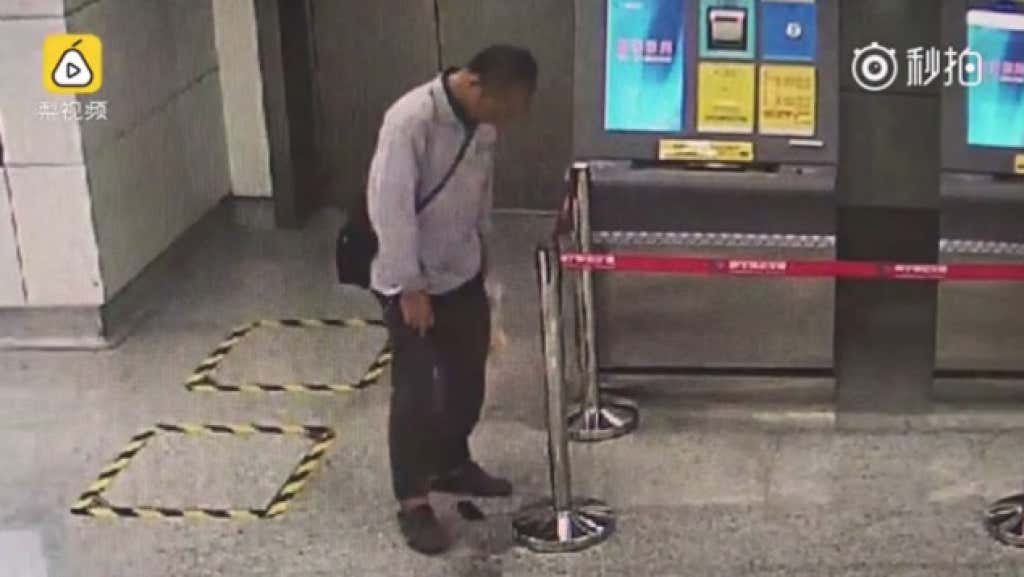 Ya It would have been nice if he had picked it up with a  napkin afterwards and tossed it out as to avoid ruining this lady janitor’s day/week/year/life but we don’t know if he was late to work or if there were even napkins/toilet paper/paper towel/literally anything made out of paper nearby that he could pick it up with so I’ll wait topass judgement. 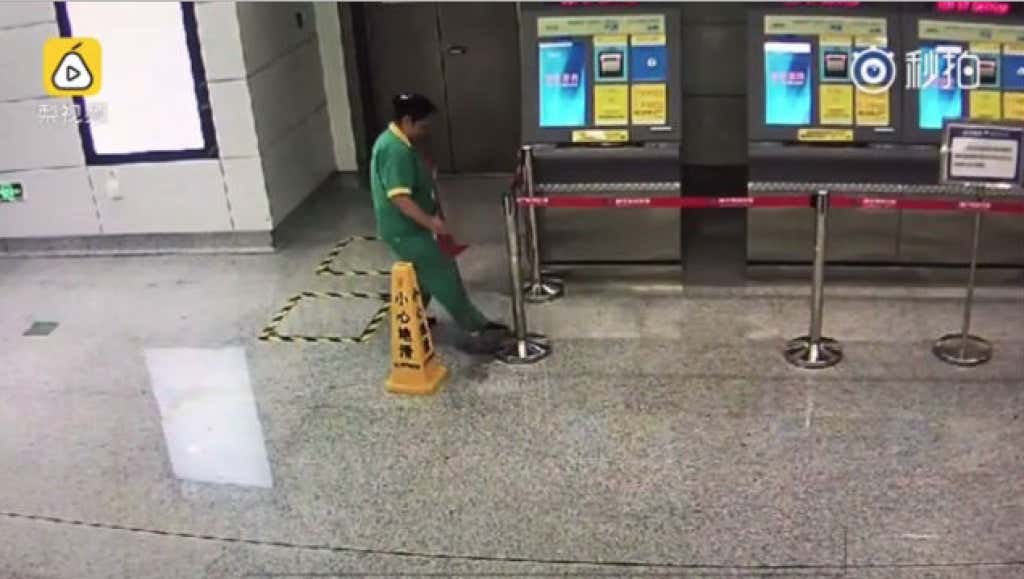 Personally, I’m a huge believer that pooping your pants at least once as an adult is a male rite of passage. I could listen to guys swap war stories about pooping their pants in awkward situations for days. Once when I was walking my dog at age 13, technically only an adult by Jewish standards but still old enough to not be shitting my pants, I got the sudden intense urge to crap and started sprinting back to my house.  No surprise here but I didn’t make it, and much like in the above video, a small log dropped down my boxers and out my shorts onto the pavement, inches away from my dog. I still remember the look he gave me. It was a mixture of complete confusion and utter contempt, like “Really master??…I’M THE ONE supposed to be shitting on the pavement. Not you you fucking savage!” He never really respected me as much after that. Dogs are smarter than we give them credit for. 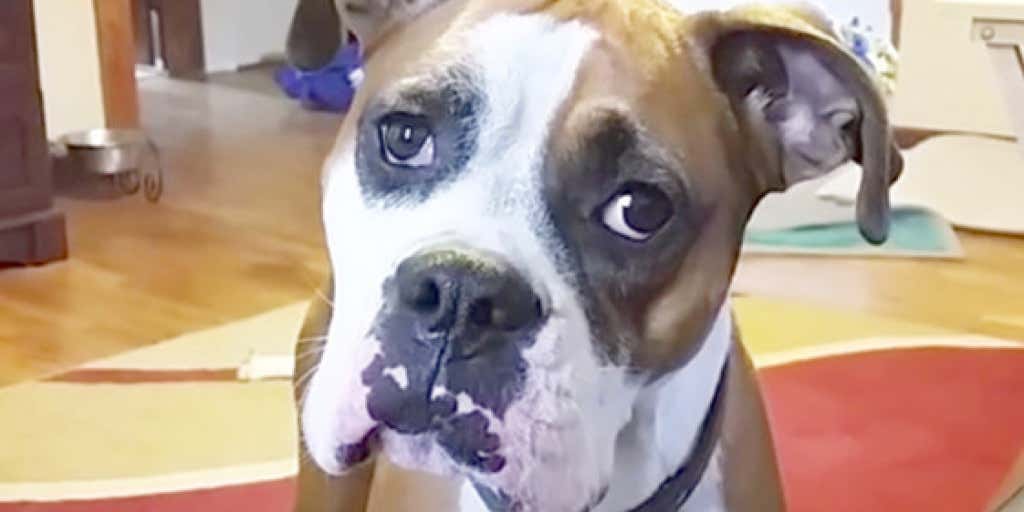