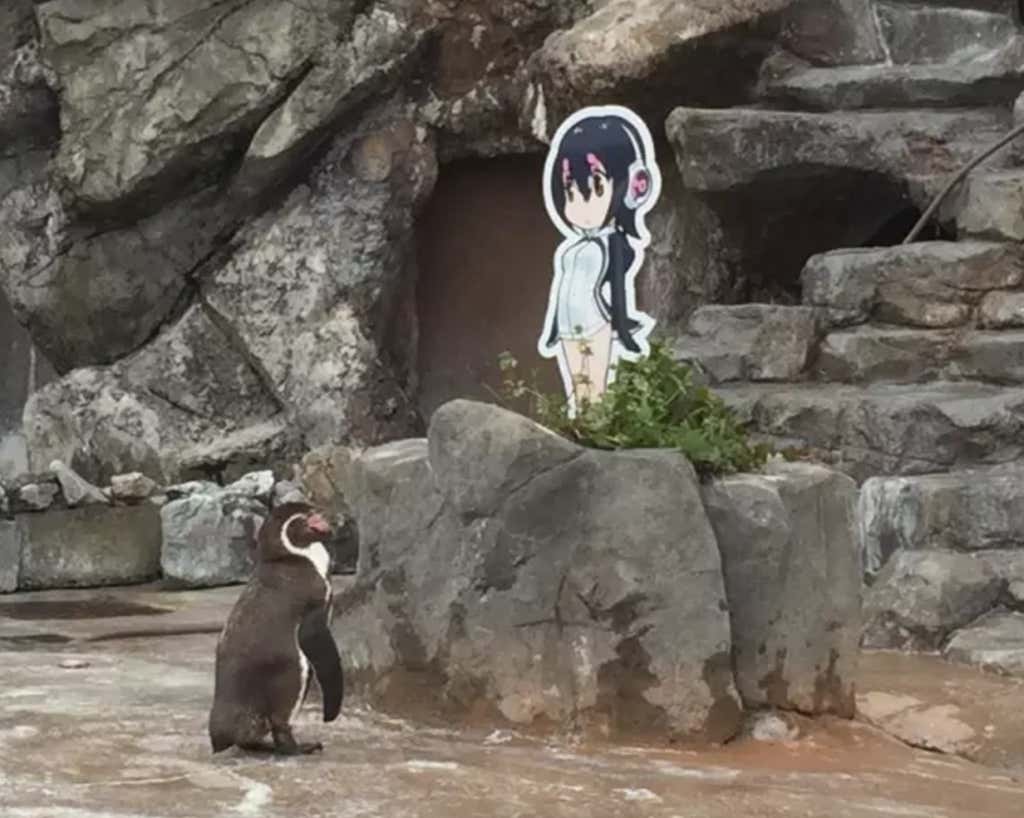 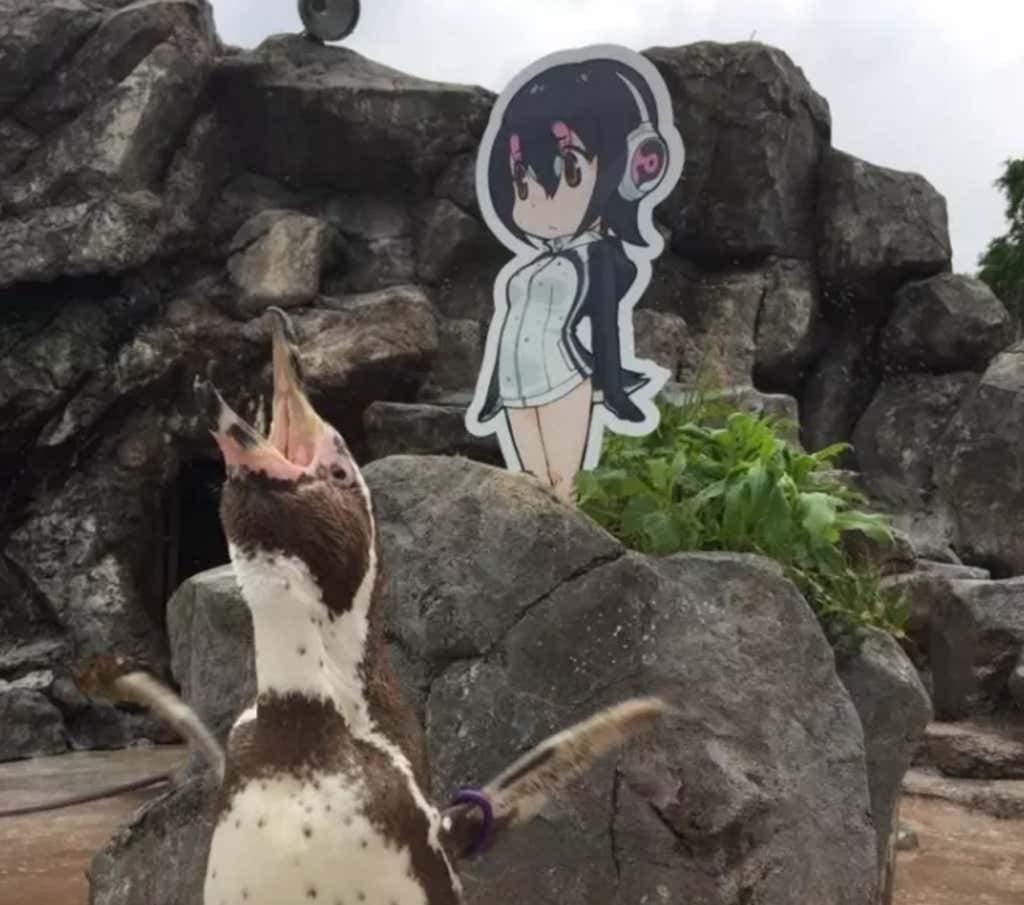 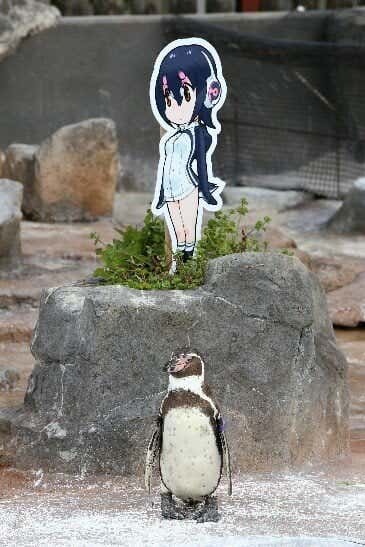 Buzzfeed – A Humboldt penguin at Tobu Zoo in Miyashiro, Japan, has caused a stir on social media for apparently being in love with an anime character cutout. Grape’s love became known when he began staring at the design of Hululu – a character in Kemono Friends designed after a Humboldt penguin – that had been placed inside the penguin section.

However, Zoo staff told BuzzFeed News that Grape’s love life has not a happy one. Grape came to Tobu Zoo 10 years ago, coupled with Midori, a female who still lives in the same penguin section. But Midori left Grape – who now is twenty years old – for a younger penguin. Since being dumped, Grape has drifted further and further away from the group.

The penguin and the cutout’s relationship was formalized this weekend, when Grape took a picture with Ikuko Chikuta, the voice actress for Hululu.

While it is difficult to totally ~verify~ Grape’s feelings for Hululu, staff at the zoo said that Grape’s nesting habits suggest he is definitely a fan.

First of all – fuck Midori.   Guess that stuff about matching heartsongs was all bullshit huh?  Just another romance myth invented by Hallmark to move product or something?  If everything I learned about penguins from Happy Feet is true you’re supposed to mate for life and seal it with an egg.   Apparently life doesn’t imitate art at the Tobu Zoo.  Nope – Grape hits his 20th birthday and Midori hops on the first young dick she finds in the habitat.  10 years together, poof, meaningless.   The smoke from the candles on his cake wasn’t even gone yet and Midorfi is behind the arctic rock formations with some stud she met at the gym.

Second of all, sneaky underrated part of this Barstool job is how much you learn about animals and zoology.   Like who knew female penguins were such low key savage sluts?   Remember this chick?

Mr. Penguin out all day punching the clock, trying to keep krill on the table and have enough extra at the end of the month to take his wife out for a squid dinner.  Meanwhile Mrs. Penguin is at home fucking the pool boy.   Unbelievable.

These hoes ain’t loyal, and apparently that doesn’t just apply to humans.