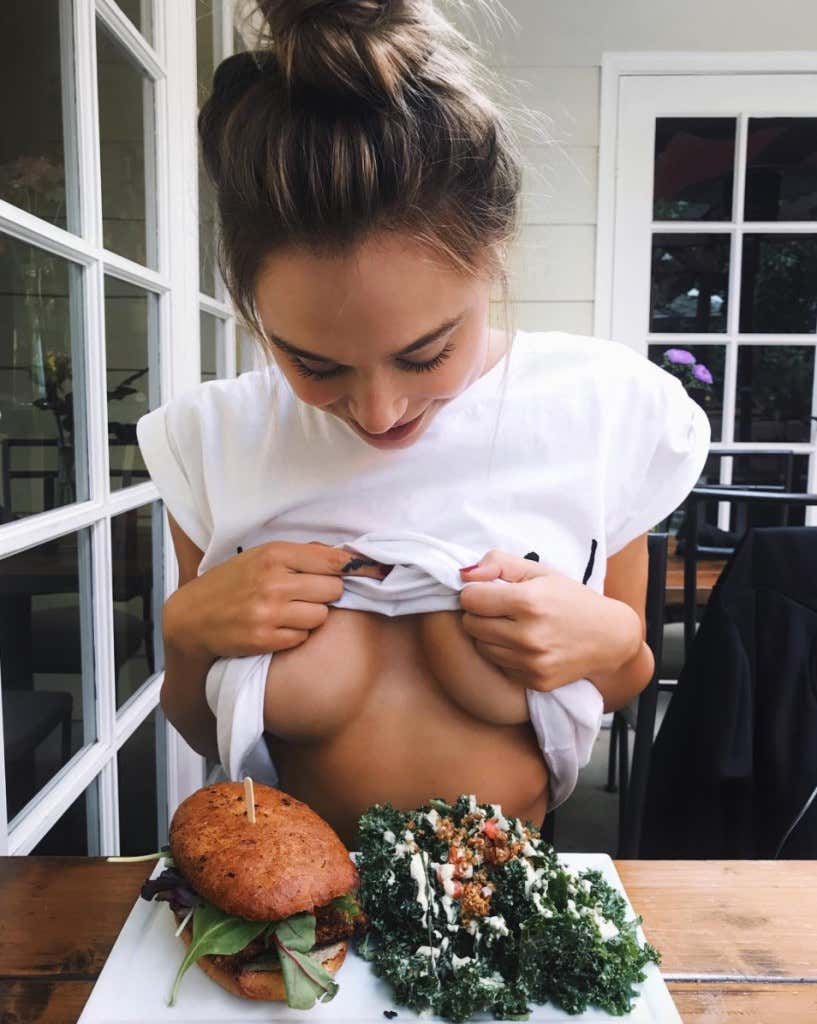 When last we checked in on Alexis Ren’s life, she was going through a very public breakup with her ex who was best known for going on sick vacations with Alexis and taking hot photos for her. She accused him of manipulating her, letting fame go to his head, and also having a micropenis: 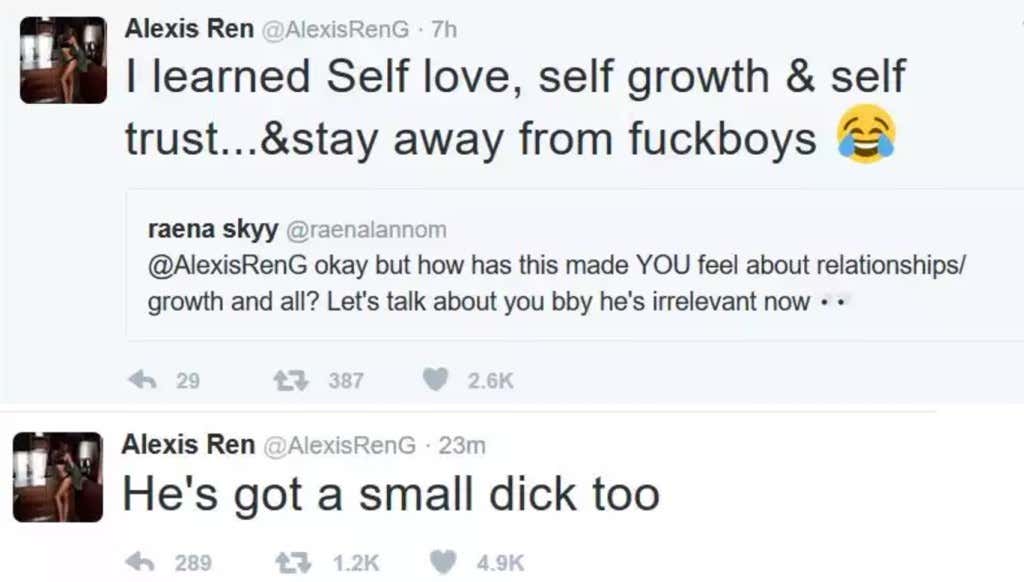 And now, a few months later, it seems like Alexis Ren is fully healed and ready to love again, one brunch plate at a time. And as an Instagram pioneer of sorts — Alexis Ren was showing her ass on Instagram before your favorite chick was showing hers — now it’s time for her to evolve like a glorious Pokemon before our eyes. Previously you had to go to two different Instagram feeds to get your restaurant quality food pictures and a chick’s tits on display. But not with Alexis Ren. She’s going to get quality sandwiches and kale salad and goddammit she’s going to bust her tits out right on top of them. That’s the Alexis Ren Difference. Without that stupid attractive boyfriend holding her back she’s finally free to fly and make sweet love to all the brunch items she pleases.

But seeing her about to fuck the shit out of that plate of food got me thinking…I’m a huge brunch guy as well as a food darty aficionado and frankly I respect the leadership of Alexis Ren in any aspect of life. So let me rack my brain and bring you this, the Definitive List of Brunch Items I Would Fuck: 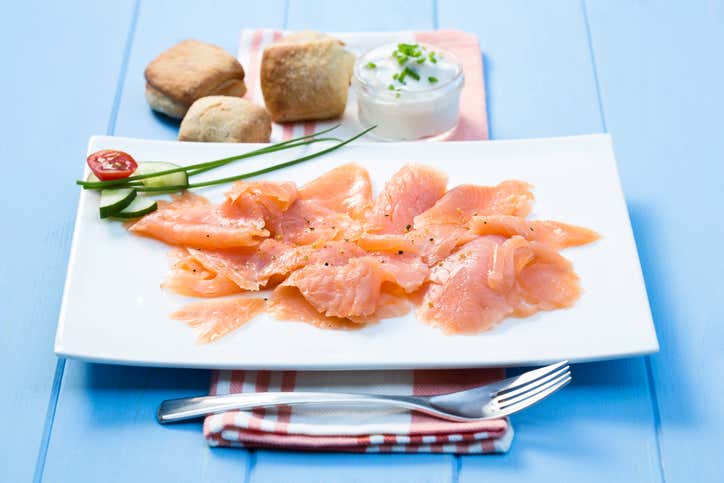 This seems like an obvious first to me since you can’t stick your dick in the concept of bottomless mimosas. Normally I prefer my salmon in a grilled or baked dinner situation to its cured brunch relative but it’s a delicious and Omega-3 rich meal at any time of day. And, of course, the salmon can feel somewhat similar to flesh. And with its fishy odor, you might even say it could compare to some traumatic hookups from your past. The downside is that the lox is in fact served chilled so it would be more like you’re hooking up with a dead body who also suffered from imbalanced vaginal bacteria. But purely as a brunch item you could competently have sex with, the pros outweigh the cons. 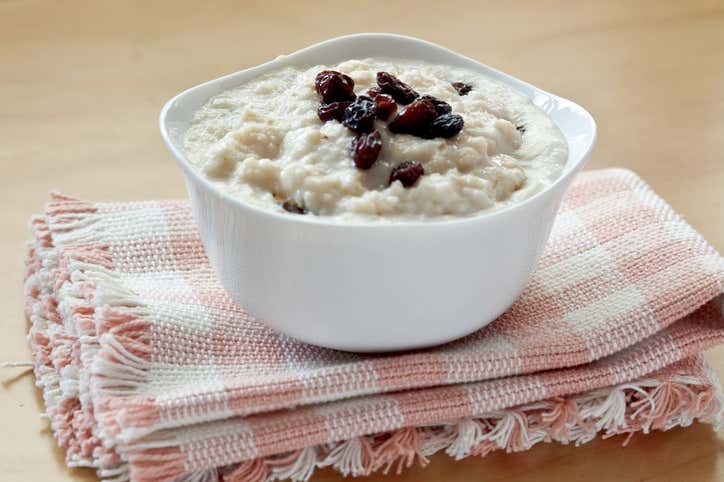 What better way to start the day than a heaping bowl of oatmeal? It’s rich in good carbohydrates that’ll keep you energetic throughout the day, can be flavored in a million different ways, and can be as healthy or unhealthy as you want to make it. It’s a little unadventurous as a brunch item but you’ve got to consider all aspects in this list. And if you catch just the right temperature and cooking time, there’s a chance you could have the proper thickness and heat levels to competent fuck the shit out of that bowl of oatmeal. It might feel a little like sticking your dick into a microwaved bowl of brains but who among us hasn’t done that one before? Sit back and enjoy the ride, with an open mind the Quaker Oats man teach you a few new things about love. 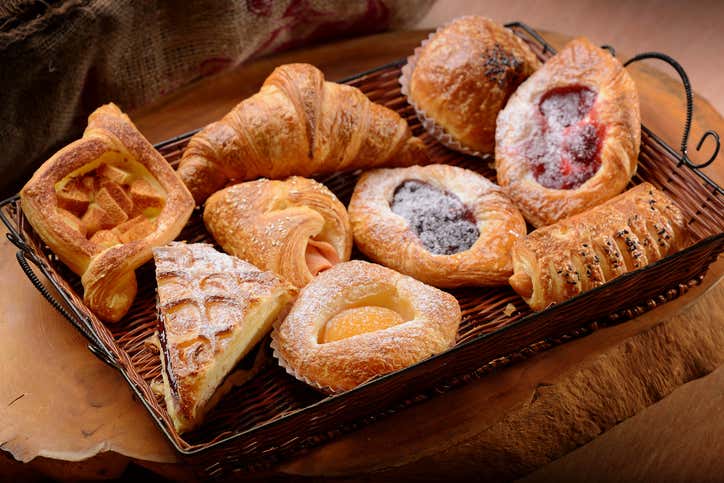 Brunch is a time to treat yourself and while normally carbs like croissants, muffins, and sultry danishes are a bit too decadent for breakfast, brunch is a time to let yourself truly live. So you can enjoy the often sugary and sometimes savory flavors of a good brunch plate, a little taste of everything to get yourself going. And in terms of getting yourself really going, it’s hard to deny the taste and functionality of sticking your dick squarely into the opening in a turnover that you’ll often find in a mixed breadbasket. Apple, blueberry, the forgotten sister peach, it really doesn’t matter. It’s a Fleshlight combined with one of those old Hostess pies and that’s a tough combination to beat in a list like this. 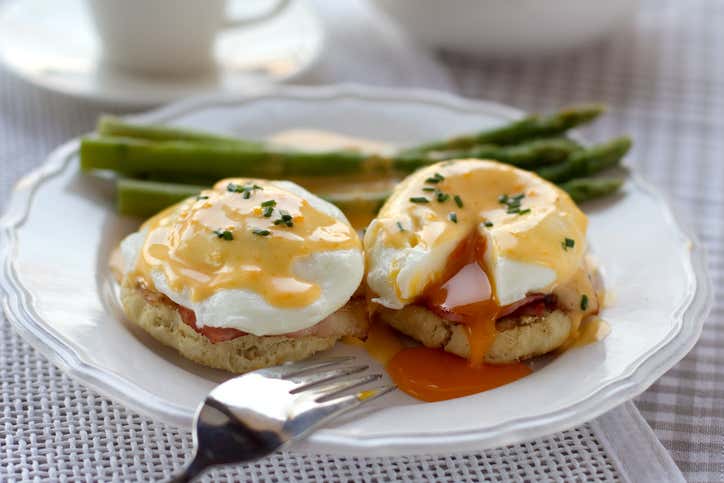 Eggs Benedict is my favorite item on any brunch menu. I’ve had it with traditional ham, crab, versions of it with guacamole and potatoes and shrimp, there’s so much you can do with it. And Hollandaise sauce, applied in just the right amounts, is an absolute must have if you’re a person who enjoys food. But in addition to that, you’ve also got all the components right in place to have a great sexcapade with. Two pieces of English muffin that can envelope your member, a nice Hollandaise sauce lube, and even a little meat in there to humanize the experience. Go to town, pull out and then have yourself a nice meal afterwards, that’s the move here if you’re a real brunch fucking aficionado. 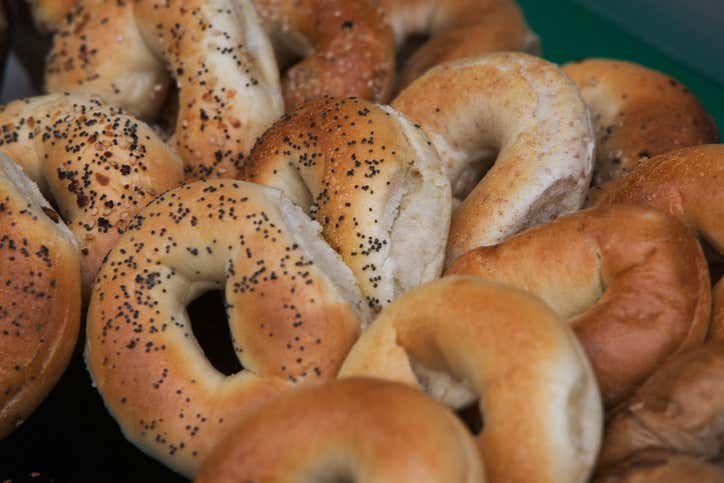 Despite the existence of this list, I am not an experienced food fucker (more of a hand masturbator and occasional sex-haver with the right mix of desperation and alcohol in the air). But I’ve read a lot about experienced food fuckers. And while I can speak to the satisfaction a nice bagel slathered in cream cheese can be, I cannot attest to the reported simple pleasures of heating one up for 90 seconds and sticking my engorged dong inside of it. However people who know about such things have made clear that, when picking a food item to have sex with, a bagel is the choice and when you combine that with its versatility on the brunch menu, I’ve got to defer to experience. Bagels win, Alexis Ren has led us to glory once more, and I’m about to go see if somewhere delivers Eggs Benedict at unconventional hours of the day.