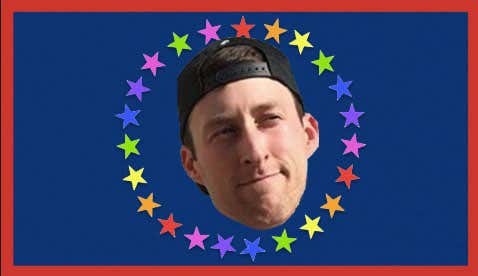 Hello Stoolies. My name is Pat and I’m Barstool’s resident gay blogger. Don’t be afraid, everything’s going to be just fine. A little about me: I grew up outside of Boston and went to UMass Amherst where I studied nothing. Like most people, after school I drove a Zamboni for a few years before moving to New York to pursue a career in TV. Turns out TV sucks.

For a “straight guy’” site, Barstool blogs a suspiciously large number of gay stories. That’s where I come in. I’m covering everything from that queen Aaron Hernandez to the definitely not gay Mike Pence and everything in between. Barstool has always approached things in a hilariously unapologetic way; I plan to do the same.

I’m sure you’re probably a little confused and maybe even a bit scared by this, but I promise you, I am too. Up until yesterday I had yet to actually meet anyone from Barstool in person and was communicating via their burner email. Twenty-four hours later I’m on The Rundown doing a marry, fuck, kill and casually draping Feits in a pride shirt. The Barstool difference. Just goes to show that if you suck enough dicks you can get a job anywhere. See what I did there?

In all seriousness, as someone who’s followed this site for over a decade, I couldn’t be more excited to be joining this company. I’m looking forward to bringing a new perspective to all things Barstool. Send any tips to barstoolpat@gmail.com.