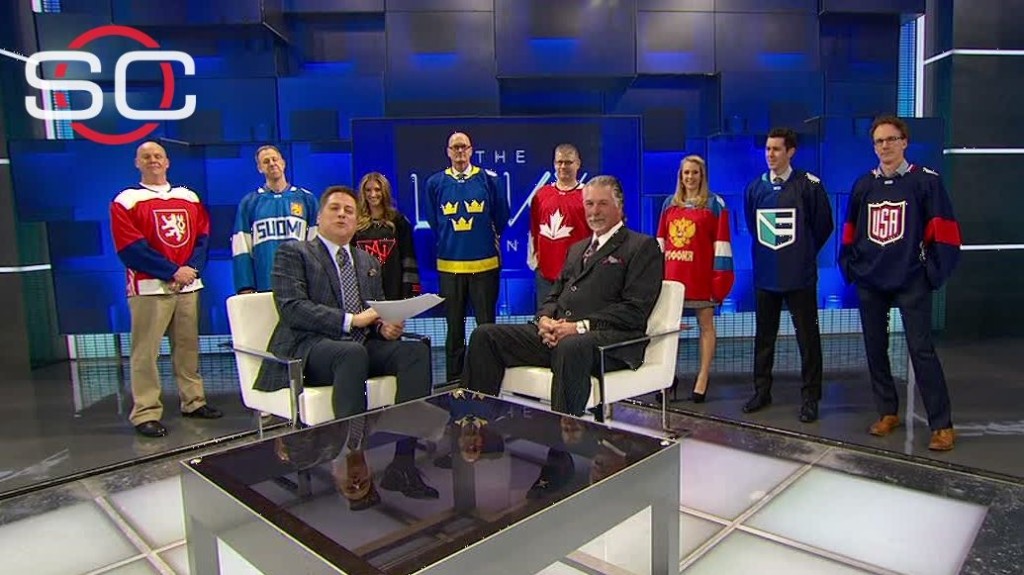 We’ve been saying it for years. ESPN’s on-air hockey coverage is a joke. They slip in about 37 seconds of hockey clips in between a 45-minute long discussion about LeBron taking a dump and highlights from last year’s Rubik’s Cube World Series.  Ever since the NHL went to NBC, ESPN couldn’t give less of a shit about hockey. There was a brief moment of hope when it was announced that ESPN got the broadcasting rights to the World Cup of Hockey back in September. But after seeing some of the names let go today out of Bristol, it’s clear they don’t think hockey is even a sport anymore.

First they let go of Burnside.

Then it was Joey Mac.

Then those assholes did the unthinkable and let go of Pierre LeBrun.

That’s where I draw the line. LeBrun is a fucking legend and I will fight anybody to the death for him. He’s right up there with Bob McKenzie and Dreger as far as reliability goes when it comes to rumors.

And finally, we are in the midst of a “what the fuck is going on” situation with Bucci. Because it was originally reported that he was also out.

But then that report got back tracked to

So who knows what’s going on there. All I do know is ESPN killing their entire hockey department is like a modern day Jedi Purge. We love to shit on ESPN for their hockey coverage but their online guys like Burnside and Joey Mac and LeBrun were all fantastic. On-air, Bucci and Melrose do what they can with the very little time they have. But the ESPN.com team was the only saving grace for hockey at ESPN and the dickwads up in Bristol just completely blew it up.

Obviously all those guys will find themselves a new gig way sooner than later. And it’s probably better for them anyway because they can go to places like TSN that will actually appreciate and promote their work. But ESPN can fuck right the hell off with all of this. Getting rid of pretty much the entire hockey department the same day the 2nd round of the Stanley Cup Playoffs get underway. Real smart, guys. Real fucking smart.

P.P.S. – Real excited for the eSports coverage to pick up now that ESPN won’t have to spend those 37 seconds talking puck every day.