ESPN – A school spokesperson confirmed Wednesday that the 11-2 rings were made for members of the team — and that Gundy “multiple times last season … counted [the Central Michigan] game as an Oklahoma State win when speaking to his team.”

Incredible move from everybody’s favorite college coach Mike Gundy. Just flat out refusing to recognize a loss. Simply not acknowledging that his team lost on the scoreboard and the record books and pretending it’s a win instead. Basically creating his own alternate reality and thinking if he sticks to it long enough and solidifies it with rings that it will just become true.  I can’t even argue with his logic.  Maybe it will work?  People will just give up and get sick of arguing with Mike Gundy and say Oklahoma State won the game?  Just let the hail mary hook and ladder fade from their memories forever?  Like when you get fed up with a 4 year old and say ok ok yes you’re right now just leave me alone?

I mean in Gundy’s defense…the refs fucked up the game so bad they were suspended for 2 weeks. 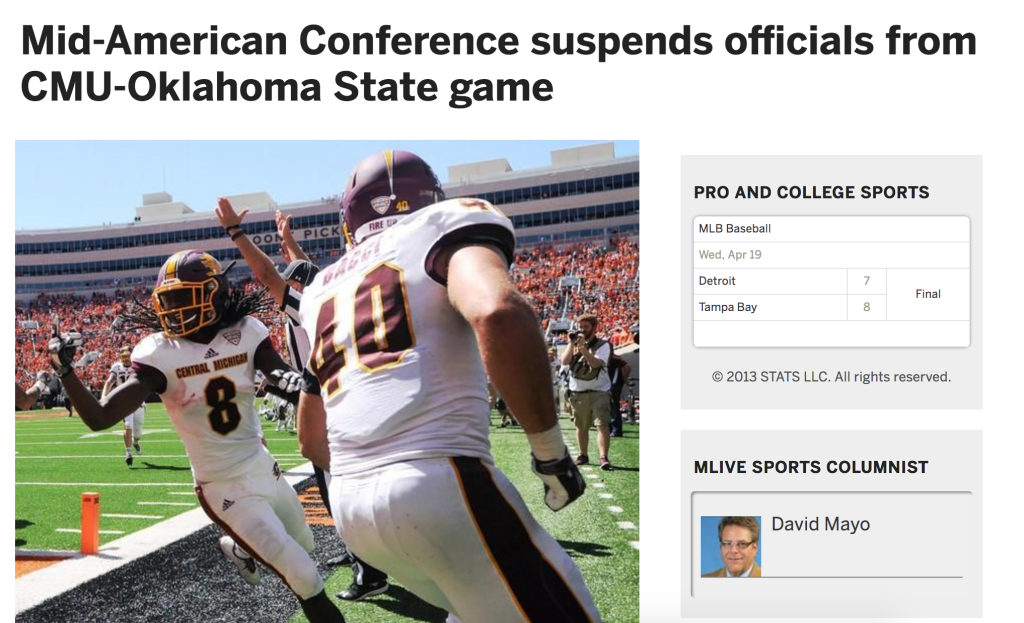 Admitted they blew some calls that directly cost OSU the game. Got absolutely eviscerated by the student paper saying if CMU had any integrity they’d forfeit the fake win. 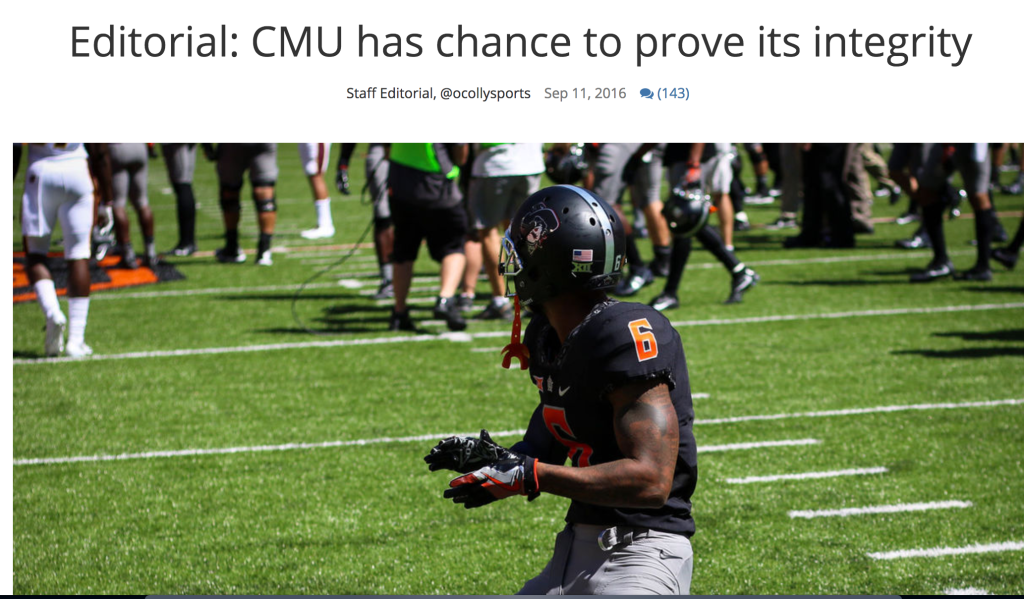 Oklahoma State should have been the rightful winners of that game. But like…they weren’t. No matter what their bling says.  Don’t tell Mike Gundy though.