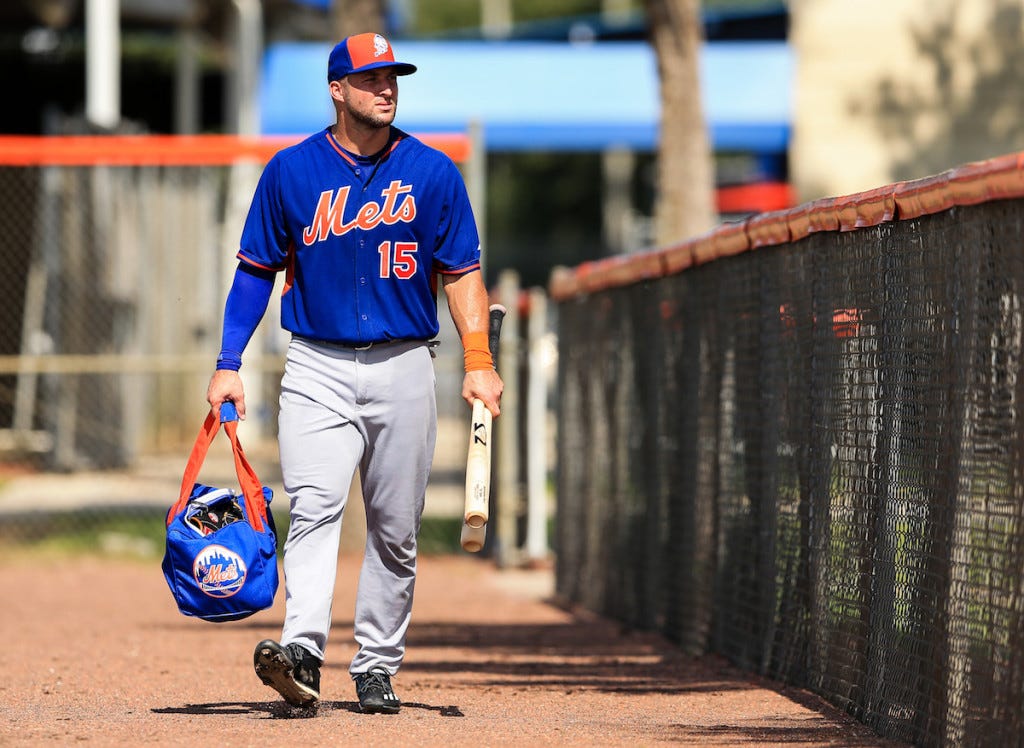 I haven’t really read it, but I’m pretty sure the Barstool Employee Handbook prohibits us from gambling on sports, so let’s just talk about this for fun, mkay?

Baseball phenom Tim Tebow is making his HEAVILY anticipated spring training debut with the Mets on Wednesday against the Red Sox. I’ve gotta say, this is something that I’ve spent the entire offseason thinking about. I’m a New England guy, so while I was out there shoveling snow, and scraping ice off of my windshield all winter, the only thing that was really pushing me through the misery of the cold was knowing that Tim Tebow’s spring training debut was right around the corner, and now it’s finally here.

But, as it turns out, the wise guys in Vegas aren’t as excited about this as I am. It’s unfortunate that they can’t see the light. If Tebow can revive a man who had a heart attack on an airplane, and heal a man who was having a seizure, then a curveball is the least of his worries. And if Tebow’s not worried, then neither am I. That’s a little something that Tim and I call faith. Alas, here are the prop bets for Tebow’s spring training games. 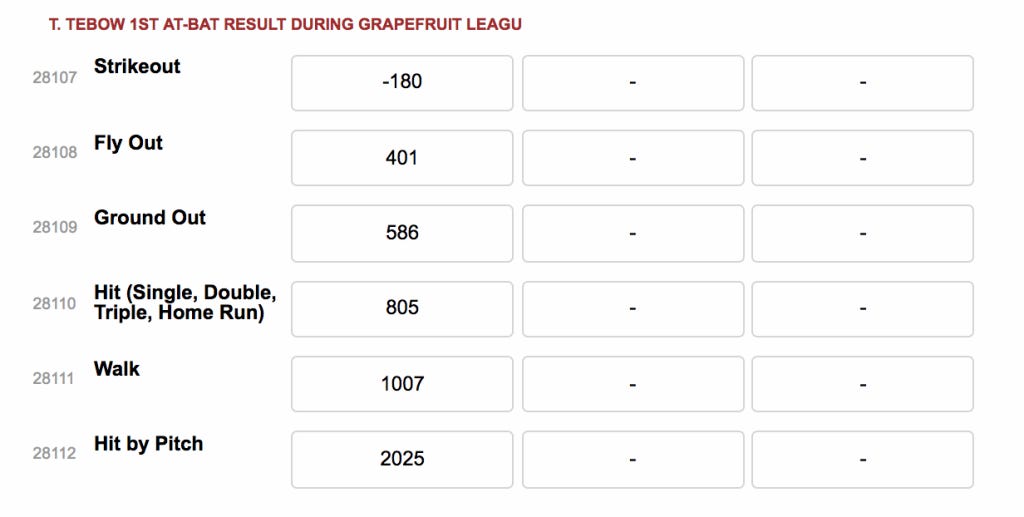 Easy money here, guys. Smash the under on 2.5 strikeouts, because I’m pretty sure that zero is less than two and a half. Will he record a hit? Gimme a fuckin’ break. Skip to the prop bet about his first at-bat, which will be — you guessed it — a home run. So, yeah…he’ll homer. Any other insulting questions you’d like to ask?