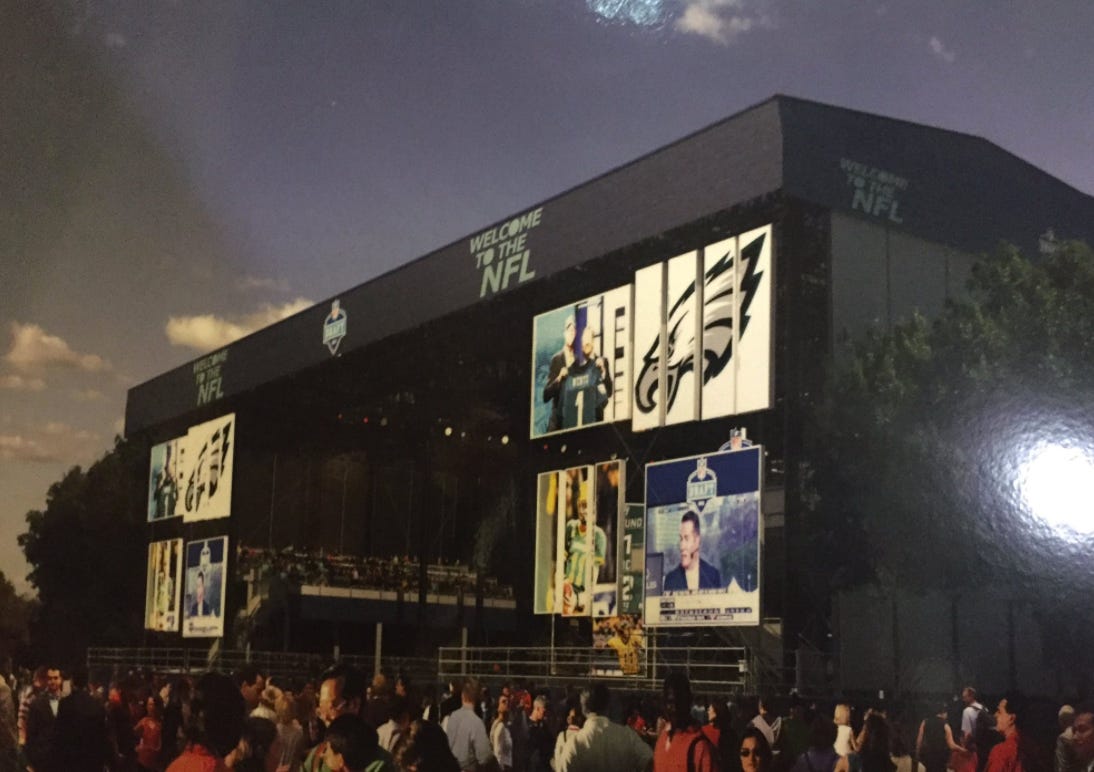 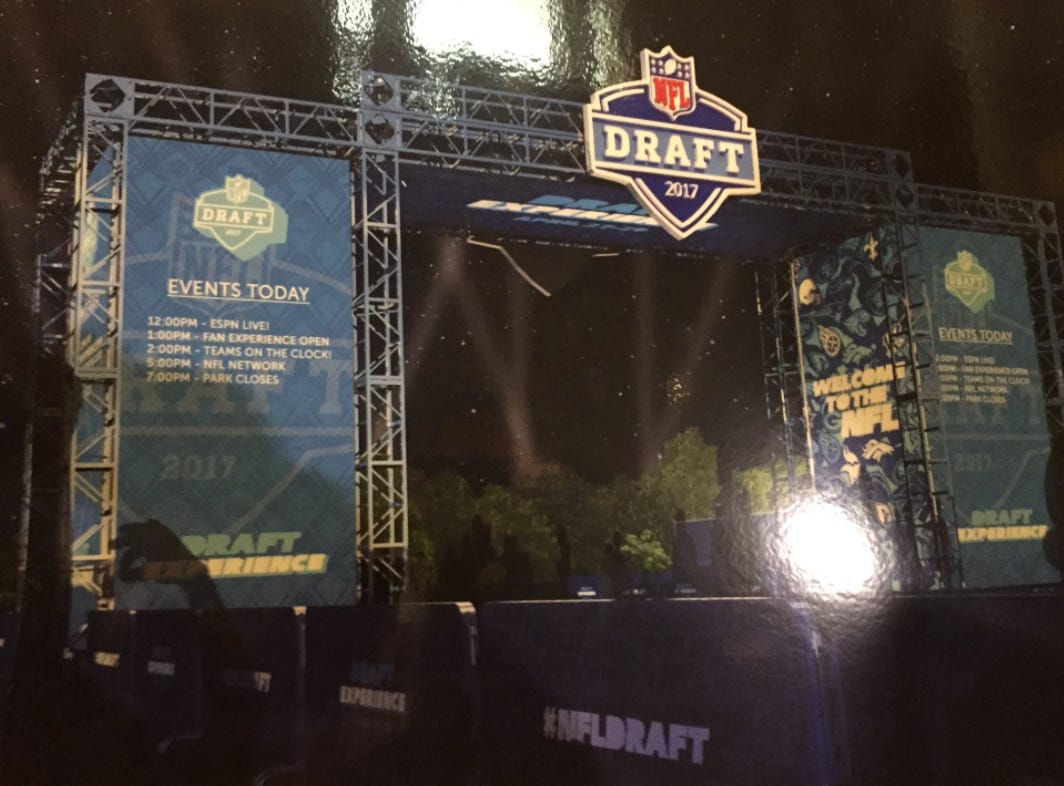 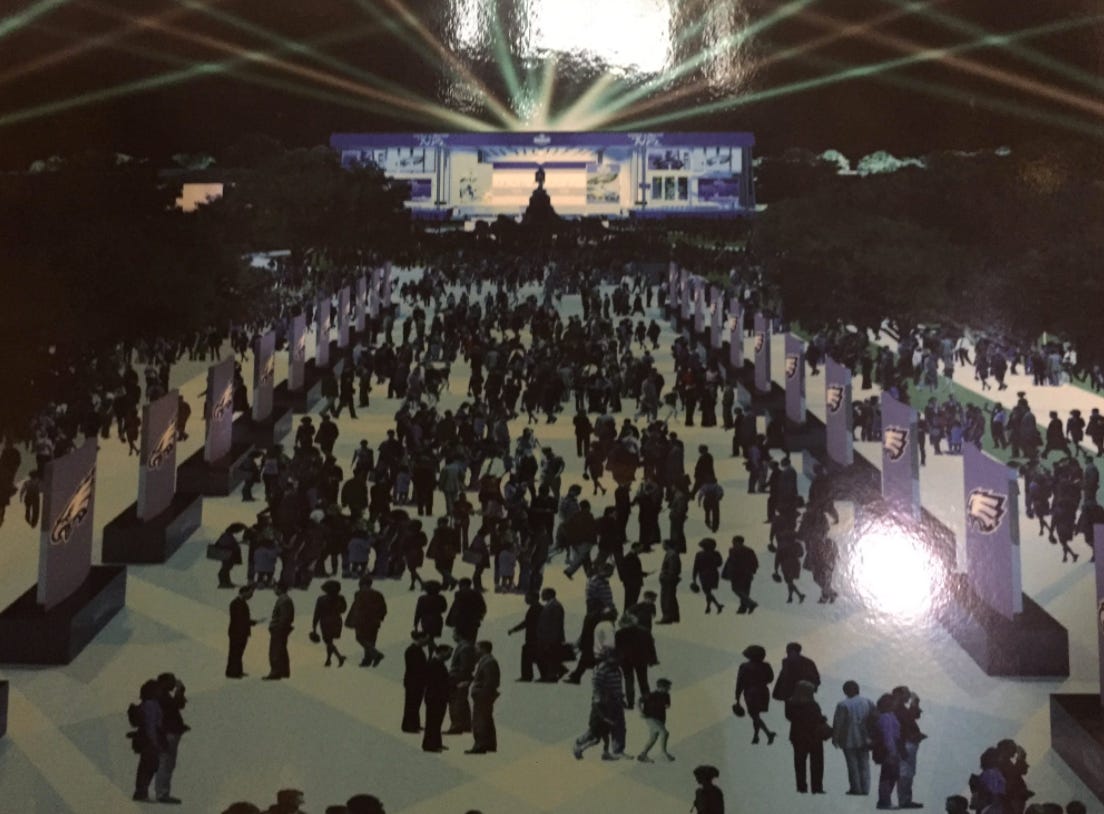 CBS3 – All fans are going to get a chance to enjoy a free fan experience ranging 25 football fields longs — the NFL’s largest free fan experience ever. “On behalf of the NFL, we’re thrilled to be here in Philadelphia,” vice president of events for the NFL Peter O’Reilly said on Tuesday. “The [Art] museum and the 3,000 person theatre that we’re building on the steps will really be the centerpiece, that’s where the picks will be announced from. At the other end of the Parkway, the other bookend of the experience, will be at the Franklin Institute. That’s where our team tables, what we call selection square will take place. And in between is the NFL Draft experience.” The free fan festival will include interactive exhibits, immersive games, virtual reality experiences, player autograph sessions, and more for all ages.

Combine Corner – From racing against NFL players to running routes, fans can test their football and athletic skills at Combine Corner, which includes the Vertical Jump and 40-Yard Dash.

The Vince Lombardi Trophy – Fans will have the opportunity to take their photo with the Super Bowl trophy.

AFC & NFC Locker Rooms – Visit a replica NFL locker room as it appears on gameday. Experience the sights of an NFL pregame with sleek translucent LCDs.

NFL Draft Experience Tailgate – Enjoy selections from some of Philadelphia’s best restaurants in a “taste of the town” tailgate.

NFL Shop at Draft – Stop by for the largest assortment of NFL Draft merchandise, including customizable Nike Jerseys and the official 2017 NFL Draft Cap by New Era and other exclusive Draft caps.

NFL Draft Set – Visit the official NFL Draft set from Thursday to Saturday and see the view from behind the podium.

The 2017 NFL Draft will be from Thursday, April 27th to Saturday, April 29th at the Benjamin Franklin Parkway in Philadelphia. Players will walk up the Art Museum “Rocky” steps once they are drafted.

A zip-line? Yippie-ki-yay motherfucker! Who needs a Super Bowl when we can just whiz by every other successful franchise booth at 100mph? Actually, this all sounds kind of cool. Even the cynical hatred that has been rooted in me from 30+ years of Philadelphia fandom will admit everything by the Art Museum will be a fun time. I wouldn’t mind establishing dominance vs. a couple middle schoolers at the Combine Corer. Sometimes the only way to feel better about themselves is to make someone else look bad, and I’m tired of making other people feel good about themselves. But one thing’s for damn sure, the NFL is LUCKY the Eagles snuck back into the 1st round of the draft (either pick 14 or 15 depending on a coin flip as the Birds traded their 1st rounder [12th overall pick] to Cleveland for the Ginger). Could you imagine the 2017 NFL Draft being hosted in Philadelphia the year when the Browns picked with their only Day-1 selection? That would’ve been a hoot! Even so, I can still see some people If you thought those moronic assholes from the Dirty 30 boo’ing the future greatest QB in franchise history on draft day was bad, just wait till these savages get a full half round (plus a solid 20+ hours of tailgating) of drinking under their gunts on their home turf. You ain’t seen nothing yet.