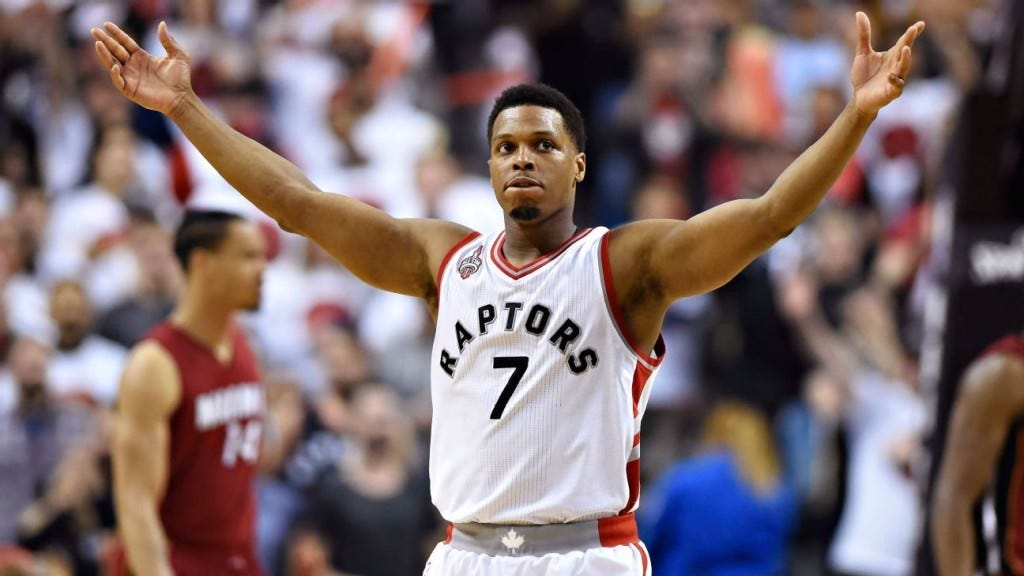 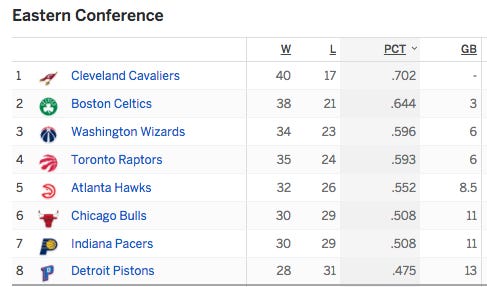 Holy. Shit. As anyone who pays attention to the Eastern Conference knows, seeds 2-4 are up for grabs. Both Toronto and Washington made deals at the deadline that were supposed to help them try and catch the Celtics. Well, with this news of Lowry now missing the remainder of the regular season, that is a GIGANTIC blow for the Raptors on a couple fronts.

First, it’s going to be very hard for them to now make up a 3 game difference and catch Boston, but it also means they probably won’t pass Washington either (despite their little skid, they’re playing well). The concerning part should be that 4/5 matchup. Can Toronto hold onto home court in the first round? Remember, this is a team that’s .500 on the road, and that was with their best player.

This also means that without anything crazy happening, the Celtics probably will avoid the Raptors in the playoffs altogether. I suppose they could tank to the 6 seed, and Boston can blow their lead against WSH and end up the 3 seed, but in my opinion that’s asking a lot. The Celts schedule is pretty easy the rest of the way, and they’re playing too well right now.

As a basketball fan, I hate news like this, because Lowry was having a really, really strong year. The Celtics fan in me exhaled a little bit, but immediately my brain went to one place: Avery Bradley.

The stuff we heard from TOR about Lowry’s injury was pretty similar to what we hear about Avery. He’s doing well, no big deal, he’ll be back soon, and then BAM, this news happened. To say I am a little bit shook about a pending Avery Bomb is the understatement of the century. I’m at the point where you know what? You could talk me into being for sitting Avery for the rest of the season and give Jaylen the minutes.

This is going to be a fascinating two months.