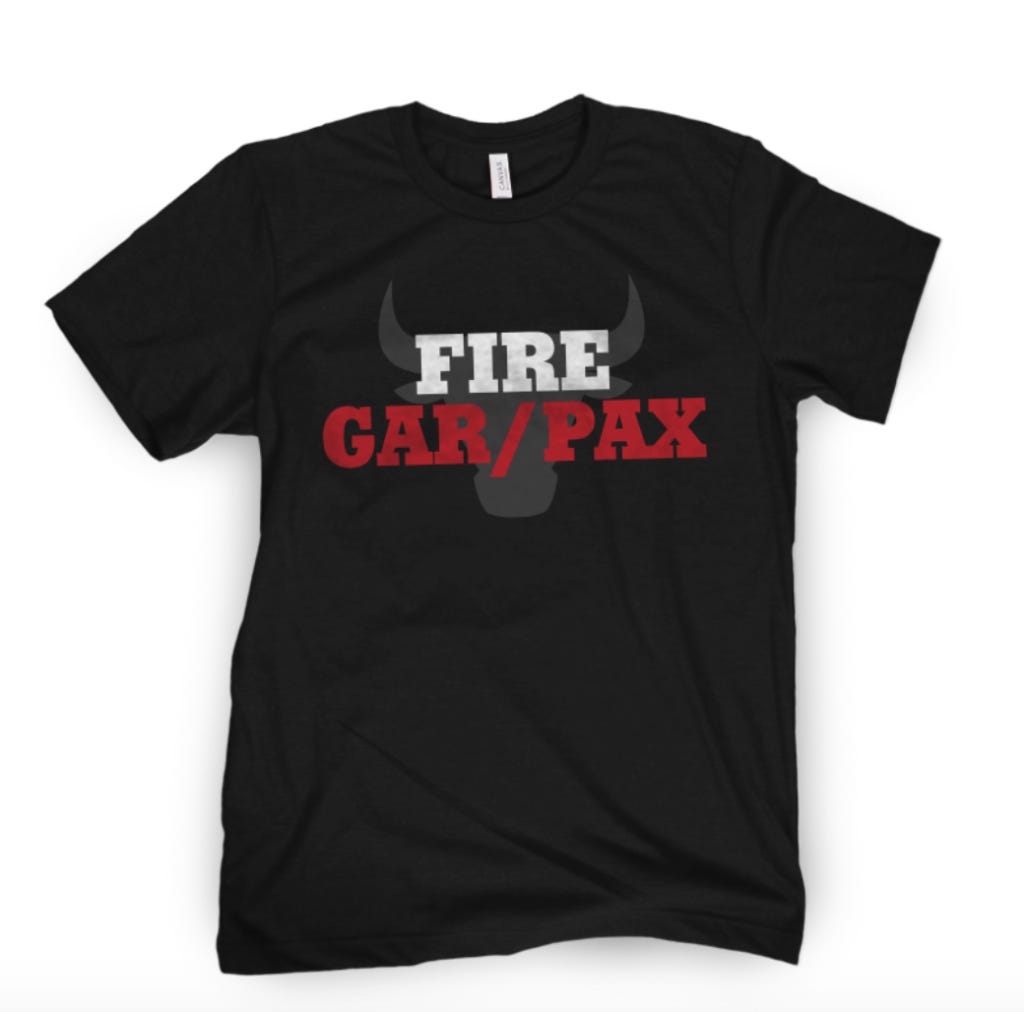 The Bulls have NO plan. Zero, zilch, nada. I don’t even get how you can fuck up this badly year after year. It makes me absolutely blind with rage. Cameron Payne is your big get here? After you signed Rajon Rondo as your big offseason acquisition? Does anyone realize none of these moves make any sense when put together? It’s insanity. And think about this for a second. You ready to be sick? The Bulls traded TWO first round picks and a SECOND round pick for Doug McDermott less than THREE years ago. That was their big move in that draft, they traded assets to move up for a guy they just traded again AND threw in an extra second round pick. So fucking frustrating. All you can do is buy a shirt, then buy another shirt, then buy a shirt for a friend.

I’m really going to miss Taj. He’s one of those guys in 15 years he’ll look like a completely forgettable bench guy but if you watched him night in and night out you grew to love what he brought to the team. He always gave max effort, never reached that next level we needed him to get too, but it was never for lack of trying. One last time. Taney WOOOO