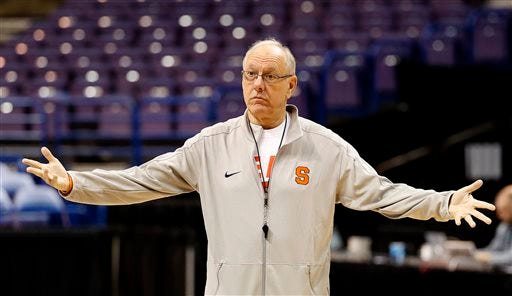 It’s everyone’s favorite place and words over the next two weeks. The bubble. What teams are on the right side? What teams are looking from the outside? What do they need to do to get into the NCAA Tournament? The obvious answer is just to win and that’s true. We’re going to operate under the fact that none of these teams go on to win their respective conference tournaments and therefore will need an at-large to make the NCAA Tournament. I’ve also decided to get rid of some teams who I feel aren’t close to the bubble i.e. Pitt, especially after the loss last night to Wake Forest. The same goes for a team like Clemson who is 14-13 and showing why KenPom isn’t the best thing to use exclusively when it comes to the NCAA Tournament.

Before I jump in to the teams, I do want to talk about KenPom for a second. It’s a great tool – it’s my favorite thing out there. But, using KenPom rankings exclusively doesn’t make sense for seeding and the Tournament because it’s a predictive measurement tool. That said, KenPom should absolutely be used when looking at how many wins vs the top-50/100 and more importantly using his A/B game theories. This is where the RPI is garbage. It doesn’t take into account where the game is played. KenPom does and ‘A’ games are top 50 opponent adjusting for the location of the game, and Tier B is the same concept for a top 100 opponent.

To try and make the reading a little easier, I’ll go conference by conference and list it that way.

Syracuse (17-12, 9-7 in ACC, 4-8 Tier A, 3-2 Tier B) – Everyone’s favorite team right now after beating Duke at the buzzer. The fact is that absolutely saved their season and they are likely sitting in the first four in as we speak. That said they end at Louisville and vs Georgia Tech. Syracuse needs to win one of either those last two games or an ACC Tournament game to feel pretty comfortable. This is one of the scenarios (as they all are) where conference record will be viewed differently. Remember, the committee looks at the whole body of work, not just how you ended, etc and this is a team that has losses to St. John’s, UConn, Boston College and Georgetown on that resume. Beat Louisville and they become closer to a lock. Beat Georgia Tech and you’re on the right side but still playing in Dayton.

Wake Forest (16-12, 7-9 in ACC, 0-11 Tier A, 4-1 Tier B) – Wake is on the outside looking in right now, but I’d have them in the first four out category. That 0-11 vs Tier A sticks out to me, but they did win games when it came to top-100 opponents. A couple games they want back is blowing the lead at home to Duke, on the road to Syracuse and getting swept by Clemson. They end vs Louisville and at Virginia Tech. You need one of those two to stay alive, otherwise you need to win a minimum of two games in the ACC Tournament. I hope they get in because the world needs to get to know John Collins, who is a first round talent this year.

Georgia Tech (16-12, 7-8 in ACC, 4-9 Tier A, 3-1 Tier B) – It’s remarkable what Josh Pastner has done at Georgia Tech and he’ll be in consideration for ACC Coach of the Year. Also, Ben Lammers has become a name that everyone is starting to know in the ACC. Tech is below .500 in the conference (luckily there are no rules that prohibit teams like that making the NCAA Tournament). But, what they have going for them is a bunch of quality wins. Seven top-100 wins and some of them keep looking better (@VCU, specifically). They have two more chances for Tier A wins with at Notre Dame and at Syracuse. That last game against Syracuse could be a default play-in game for the two teams. Yellow Jackets need to beat Pitt in Atlanta and get one of those Tier A wins to be a lock.

Prediction: Syracuse and Georgia Tech both get in

Kansas State (17-11, 6-9 in Big 12, 4-10 Tier A, 1-1 Tier B) – They were on the right side of the bubble, until last night’s home loss to Oklahoma State. The one thing Kansas State needs to be banking on is the committee valuing strength of schedule. Playing 16 Tier A teams (they still have at Oklahoma and TCU on the schedule) is pretty ridiculous when you look across the country. However, losing seven of your last nine games doesn’t help either. That said, Kansas State has work to do as they are out of the NCAA Tournament right now and would need to win 2 of the last 4 games left counting the Big 12 Tournament to get back on the right side. One top-100 and even top-150 nonconference win isn’t the best look.

TCU (17-11, 6-9 in Big 12, 3-10 Tier A, 2-0 Tier B) – TCU picked the wrong time to fall into a losing streak, but it’s not shocking when you look at their season. They had a four game losing streak at the end of January before a three game winning streak and now are in the midst of a four game losing streak. They are behind Kansas State when it comes to the NCAA Tournament, because Kansas State has better wins while also having the head to head. However, TCU does end with two home games against West Virginia and Kansas State before going on the road to Oklahoma. Two wins there and Jamie Dixon takes TCU to the Tournament in his first year.

Seton Hall (17-10, 7-8 in Big East, 5-8 Tier A, 3-1 Tier B) - Seton Hall got a huge win vs Xavier yesterday to keep them firmly on the right side of the bubble and probably inching closer to avoiding Dayton and the play-in games. Luckily they only have two bad losses on the resume, neutral court vs Stanford and at St. John’s, which is better than most of the bubble teams. On top of that the 5-8 record vs Tier A says a lot about this team, who is really talented. Seriously, get to know the name Angel Delgado. They should get two of the last three, since they play at DePaul, vs Georgetown and at Butler. Get one of those and they are still in. Really just don’t lose to DePaul.

Providence (17-11, 7-8 in Big East, 4-8 Tier A, 5-0 Tier B) – Absolute credit to Ed Cooley, who is one of the five most underappreciated coaches in America. The dude gets the most of his players, is a great guy and just so easy to cheer for. He can absolutely coach his ass off and Providence needs to keep holding on to him. Providence was all but dead before reeling off three straight wins over Creighton, Butler and Xavier and now Providence finds itself firmly on the bubble. They still have some work to do, but that 5-0 record vs Tier B will go a long way. They actually have the easiest ending to the season with games vs Marquette, DePaul and at St. John’s. If they sweep, they are looking at a bid, if they go 2-1 with the loss being to Marquette, they likely need a Big East Tournament win. Either way, Ed Cooley deserves some recognition for even getting them to this point.

Prediction: Seton Hall and Marquette in, Providence is one of the first four out

Michigan State (16-11, 8-6 in B1G, 3-9 Tier A, 4-1 Tier B) – You can’t count out Tom Izzo in March! Well, except for last year and probably this year. Listen, no one has gotten screwed more this year with injuries than Michigan State and it’s showing. Right now though the best thing Michigan State has is a neutral court win over Wichita State and a sweep of Minnesota. I’m a little confused as to why people have them in safely now, as they do have some subpar losses. That said, three Tier A games down the stretch, combined with the name helps. They need to win one. Question is how does the committee view them without Eron Harris.

Prediction: In terms of just bubble it’s just Michigan State. Indiana has played itself out of the Tournament while Michigan is currently safely in. I think the Spartans do get in, but I have no idea what to expect how they look without Eron Harris. B1G is going to have a ton of like No. 7 seeds.

Alabama (16-10, 9-5 SEC, 2-6 Tier A, 2-3 Tier B) – Alabama is one of the teams that has sneaked its way closer to the bubble. They still need some help though as they don’t have a ton of quality wins. Good news is they have two tier A and a tier B game left on the schedule. They need to go 2-1 in those games to be on the right side, but right now they have a decent amount of work to do.

Prediction: Tennessee and Vanderbilt are like Clemson to me. They aren’t as close to the bubble as people make them out to be. Arkansas is firmly in right now, but need to avoid a late season collapse. Alabama eventually misses the Tournament and four teams from the SEC get in.

USC (21-6, 8-6 Pac-12, 4-5 Tier A, 0-1 Tier B) – USC is a prime example of not all wins being created equal. If you see a record of 21-6, you assume that team is making the NCAA Tournament and probably a top-25 team. But when you look at the schedule you see USC doesn’t have the most challenging schedule out there. They do have a nice win over SMU but that came at home and then the next best win is at Texas A&M. In conference they were able to get one over UCLA and then pretty much played according to Vegas spreads. The rest of the way they have trips to Arizona, Arizona State and then home vs Washington and Washington State. If you beat Arizona, you’re a lock on the right side. Go 3-1 and you avoid Dayton.

Prediction: USC is in an avoids Dayton. The Pac-12 is down this year (6th per KenPom) and keeps five teams in the Tournament.