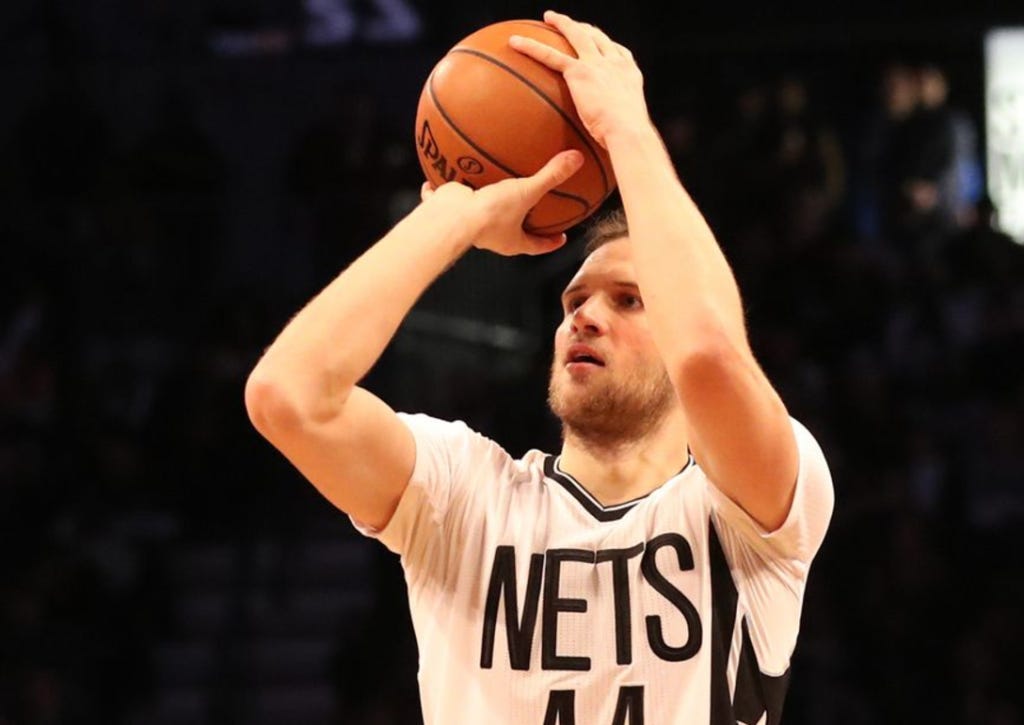 There’s two things that are for certain:

1) The Wizards don’t suck this year

So what better way to combine those two facts than to make a trade and add a nice player in Bojan Bogdanovic?

Obviously the sad news is Bojan Bogdanovic is easily confused with Boban Marjanovic, so if you thought the Wizards traded for the caveman, you have my condolences.

So what did the Wizards add?

Yahoo - For the Wizards, Bogdanovic, who averages 14.2 points per game, brings an accomplished scorer off the bench for the rest of the regular season and playoffs. Bogdanovic, 27, is a restricted free agent this summer.

The Nets assumed the contract of Nicholson, who signed a four-year, $26 million free-agent deal with Washington in July. Nicholson, 27, has played in 28 games with Washington, averaging 8.3 minutes a game. He was Orlando’s first-round pick in the 2012 NBA draft out of St. Bonaventure University.

Much needed depth. The Wizards were running on fumes off the bench, and now add a guy who has been putting in 14 a night down in Brooklyn. Woj also points out that getting rid of Nicholson’s outrageous contract will allow them to have more space to give Otto Porter a nice fat contract this Summer.

All in all, a pretty good trade for the Wiz, who if they keep it up (meaning Wall and Beal stay healthy, knock on every piece of wood in the house) will have home court come playoff time.

PS: You’re welcome to the Celtics for taking one of the Nets only scorers. So blest.