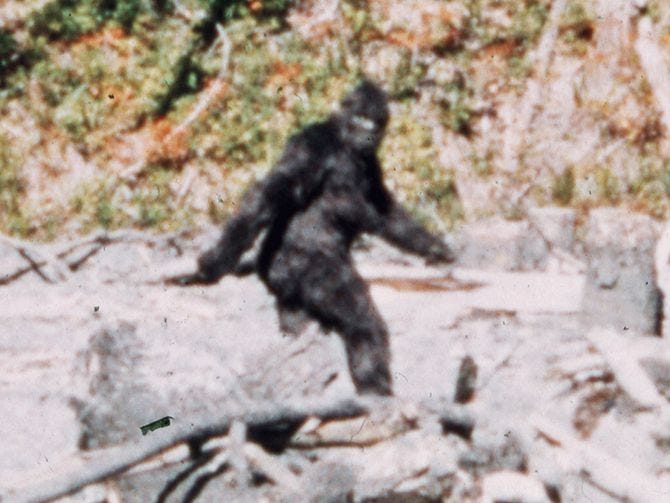 Ars Technica- The idea is due—as so many of the best ideas in life are—to a second-grade boy, this one in state senator Ann Rivers’ (R) district. Rivers recently received a letter from the boy asking her to make Bigfoot the official state cryptid, given that Washington is one of the most prolific generators of “Sasquatch sightings” in the country. Remembering how fascinated her own children had been by Sasquatch, Rivers promptly drafted a bill (PDF) and introduced it to the state legislature on Valentine’s Day. Senate bill 5816, which would make “Sasquatch the official cryptid or crypto-animal of Washington,” is a brief one. It notes that “Sasquatch has made immeasurable contributions to Washington state’s cultural heritage and ecosystem” and that “the state of Washington further recognizes the importance of preserving the legacy of Sasquatch.”

Finally an excuse to talk about cryptids! Cryptozoology was one of my favorite things growing up a little square. It is the search and study of animals whose existence is disputed or substantiated. Some of my favorite cryptids include chupacabras, sasquatch, and lake monsters. They’re all wonderful and hopefully real. I’ve spent too many hours watching Finding Bigfoot and other specials on Travel Channel about the Loch Ness Monster and such to not be at least a little convinced that some cryptids are among us.

Washington having an official cryptid would really help out us cryptid followers in seeming a lot less weird. Don’t know what a cryptid is? Well one of the 50 states has an official one. This is a no-brainer of a move by Washington as that article later states that Washington has a bunch of official symbols including a state grass, song, gem, fossil, and tartan. I didn’t even know what a tartan was until 5 minutes ago when I Google’d it and it turned out to be a pattern. A state should definitely have an official cryptid if it also has an official fucking pattern. Washington doesn’t really have much aside from Przemek Karnowski, Russell Wilson, and a lot of precipitation anyway, so sign Big Foot the fuck up.