Kings fans after hearing that clip:

There are a couple of ways we can view this press conference.

1. Since Vlade started spitting the word “Process” multiple times at the end of that clip, maybe the Kings are going to Trust The Process and try to lose every game they play the next few seasons so they can screw up a Top 3 pick instead of a Top 10 pick? The problem with this thinking is that the franchise that is known for Trusting The Process potentially owns Sacramento’s pick this season (as do the Bulls) and definitely owns Sacramento’s pick in 2019. 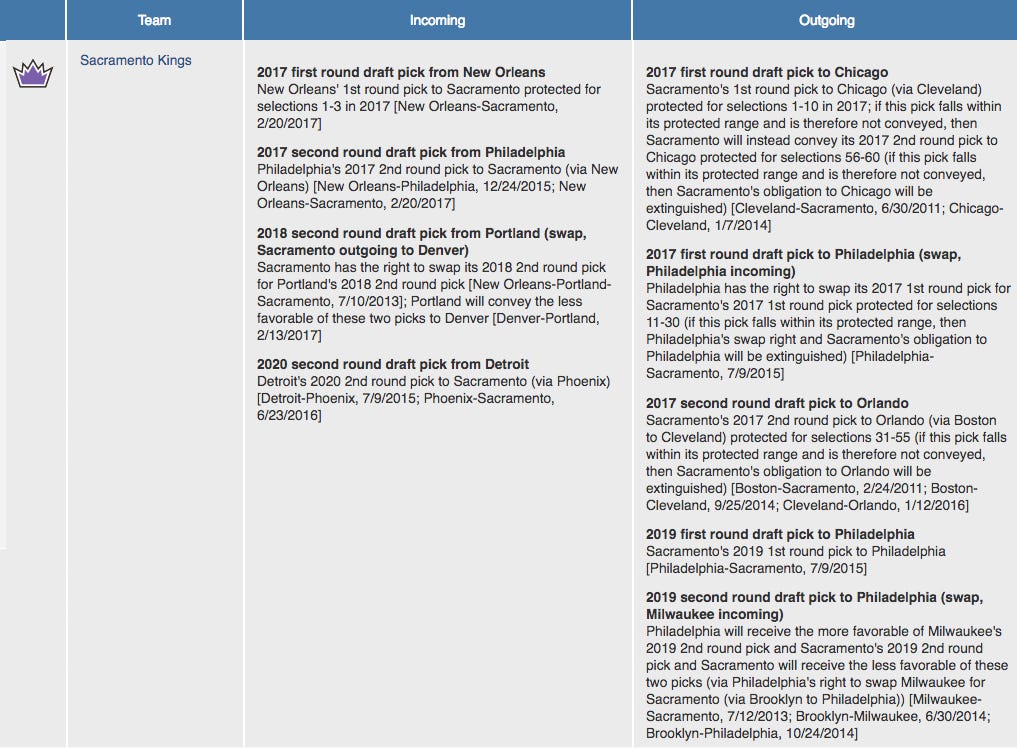 2. Vlade is cryptically saying that he had a better deal that he couldn’t get approved because of the shitty Kings ownership. For some reason, this option makes sense to me. In New York we call this The Dolan for all the times James Dolan would mettle in the front office affairs. It drove every Knicks fan to the brink of insanity so all I can say to Kings fans is:

3. The Kings’ hands were forced because they went on the record saying they did not want to keep Boogie, the fans hated him, and he was a free agent after the season.

The problem with this thinking is that the Kings said they wanted to pay Boogie $200+ million to stay in Sacramento, the fans loved him, and he’s not a free agent until after last season. Number 3 was a red herring by me to just hammer home how dumb this trade was once more. (Not only do I know what a red herring is, but I know that it’s a literary device, nbd. Actually now that I think about it, I’m not sure if this is a red herring. Lets move on to number 4).

4. Vlade basically flopped in this interview by making himself appear as a horrible GM that will approve trades no matter how bad they are just for the sake of making a trade. And if anyone knows about flopping, it’s Vlade.

I imagine the Kings’ phones have been ringing off the hook since last night’s trade as GM’s try to pry away the rest of their assets. However all this will likely do is result in more teams offering trades to the Kings, but every one of those trades will suck. Anyone that has played fantasy football with a shitty owner knows what its like once the sharks smell blood in the water.