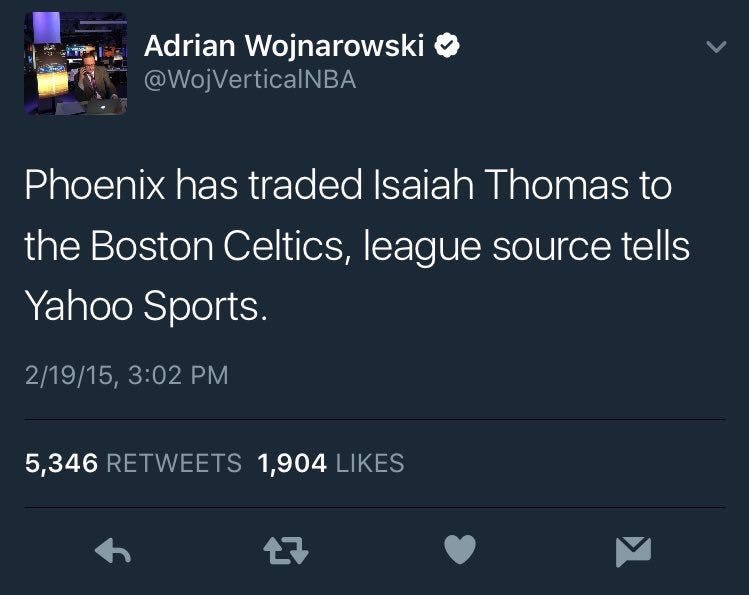 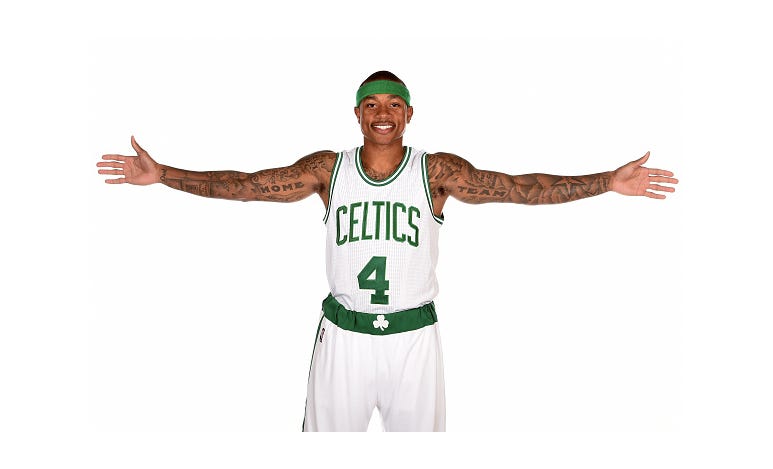 Do you remember where you were when this trade happened? After rumors and rumors that of course never came to fruition, out of no where comes Danny Ainge to drop an absolute franchise changer. The Isaiah Thomas for Marcus Thorton and a 2016 CLE 1st (Skal Labissière) deal will probably go down as one of the biggest heists in recent NBA history. If the Big 3 trade didn’t do it, this trade officially put Danny on a “DO NOT TRADE WITH HIM” list with other GMs. It’s been a while, so here is a refresher as to how things were going at this time two years ago

The Celtics were 20-32 by the time Isaiah Thomas showed up in LA for a game against the Lakers on February 22nd. In his first game as a Celtic against a franchise rival, he got kicked out. However, in just 25 minutes of action we got a taste of what was on the horizon. Isaiah dropped 21/5/3 on good percentages proving right away that he is a natural born scorer, despite never having even practiced with this team. The Celtics lost that game to bring their record to an outstanding 20-33. Since that moment the Celtics are 105-63, mainly because of guess who.

His ascension into a legit MVP candidate this season and one of the most ridiculous seasons in not only Celtics history, but NBA history, is something right out of a storybook. While about 99% of us didn’t see this as a possibility, Ainge did. You hear the stories about how Isaiah was his first call in free agency back in 2014, and has made it clear he’s been on Team Isaiah before there even was a Team Isaiah. When he finally got here, he told Isaiah that he could become a Celtics legend based on the way he plays, which is exactly what is happening.

Now even though we’re celebrating, there is still a whole lot for Isaiah to accomplish to truly become a Celtics legend, most importantly in the playoffs as we all know. But one thing that is not debatable is that he turned this franchise around the second he stepped on the court, and helped turn this rebuild from a dream to a reality.

For that Isaiah, I say thank you.