So here’s what’s happened in the last 4 days. On Tuesday, three Sports Illustrated Swimsuit models came in to the office–Lais Ribeiro, Kelly Gale, and Danielle Herrington. They went on Sirius Radio with Dave, and then I shot the “Saturday Sitdown” with them. Here’s that video:

During the interview, I felt as though I’d hit it off with Danielle Herrington, the girl sitting on my left (viewer’s right- leather jacket). I don’t know why; maybe it was because she touched my leg? 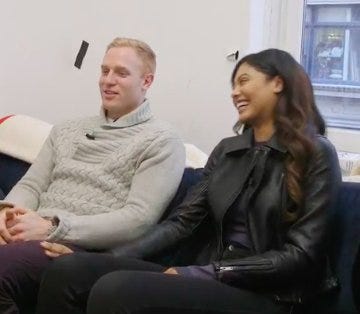 Or maybe it was because she laughed harder at my jokes than the other two girls? 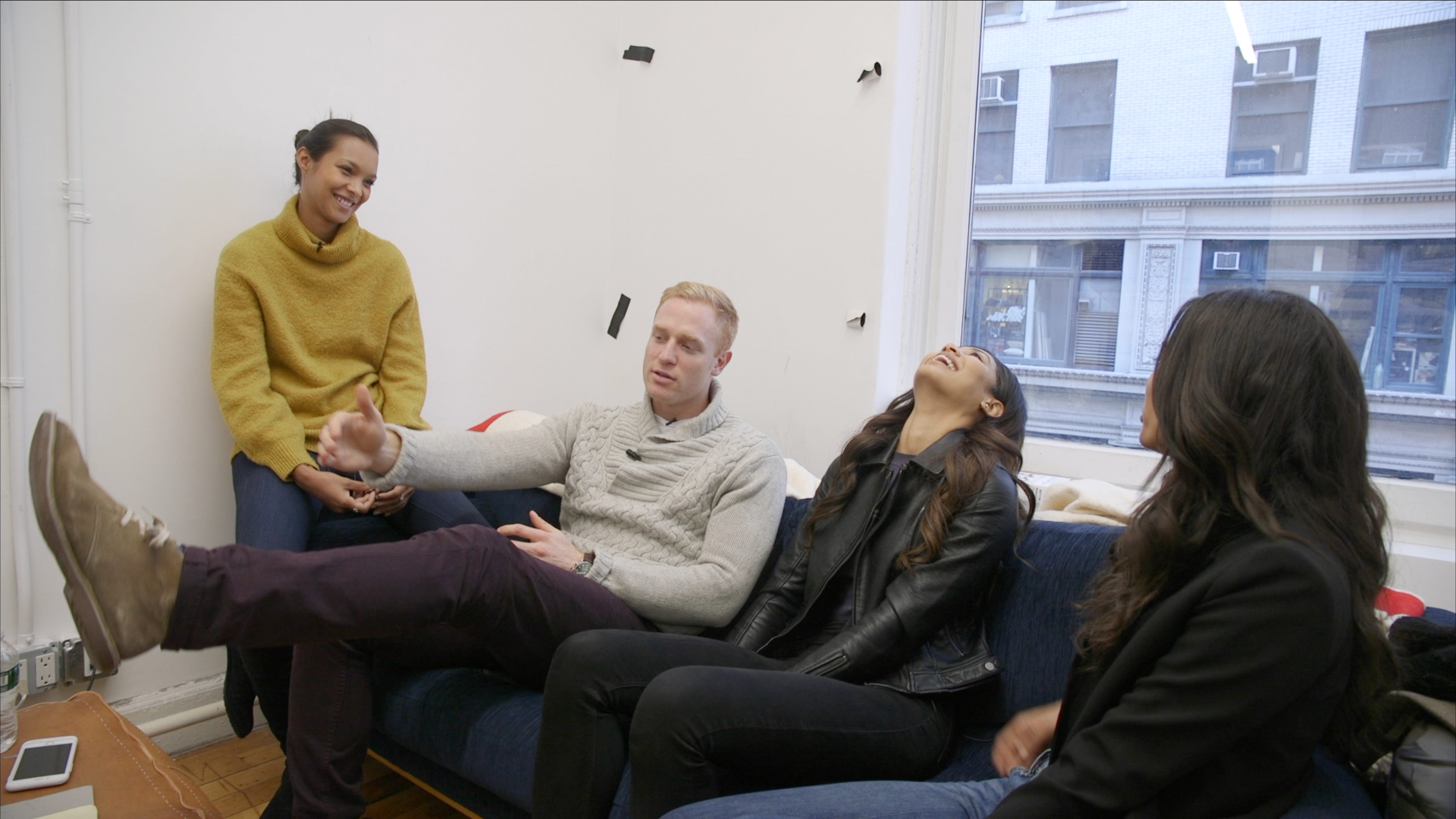 Who knows. I probably totally misread the situation, but a man can dream. We shot the interview for about 20 minutes,  and I left thinking, huh… that went well. So I tried to get her phone number. I walked Danielle and her manager out of the office to see if I could ask for it away from the jackals. I said “hey I should get your number so I can send this to you.” Immediately, her manager stepped in and gave me her card instead, which I totally understand–she’s protecting her client. But Danielle DEFINITELY seemed like she was about to give me her number. So I felt vindicated, albeit disappointed, because she then left– out of my life forever.

Back upstairs, Kelly Gale was doing the rundown. Afterwards, I pulled her aside and asked her if Danielle was single. She said she didn’t know, but she’d be happy to ask her for me down in Houston. Why, she wondered, did I care? I smiled coyly and said I thought we’d hit it off, and I’d love to ask her out. Here’s the key moment: Kelly then asked me for MY NUMBER so she could give it to Danielle. I did NOT put my number in Kelly’s phone, nor did I insist that Kelly take my number.

In the mean time, I gathered the courage to DM Danielle. We’d spoken about how she loves boxing as a way of exercising. I’ve recently been trying some boxing classes myself, so I sent her this in a DM:

“It was great working with you yesterday. I know you’re off to Houston tomorrow but when you get back, want to go boxing?”

Harmless, warm, simple. I wanted to be a little different, I’m sure she gets hundreds of requests for dinner or drinks. And it was something we’d talked about. I was TAKING A SHOT. Nothing to lose, or so I thought.

She didn’t respond, nor did I hear from Kelly. So I figured it was a done deal. No harm, no foul. Shooters shoot, sometimes they miss. I’d rather strike out swinging. This is America: aim for the stars. I was dead, but at least I’d laid it on the line. Until…

Friday night. My phone starts blowing up from none other than Kelly Gale. Here’s the text conversation: 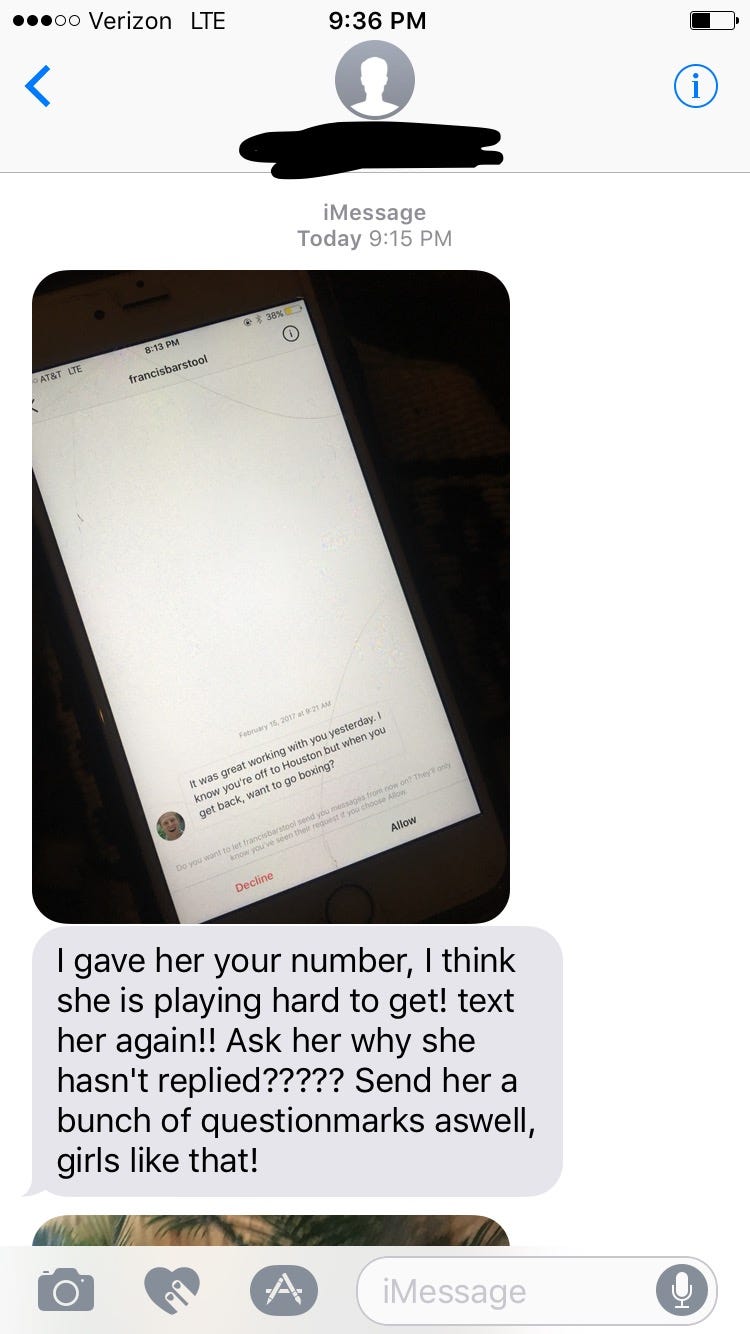 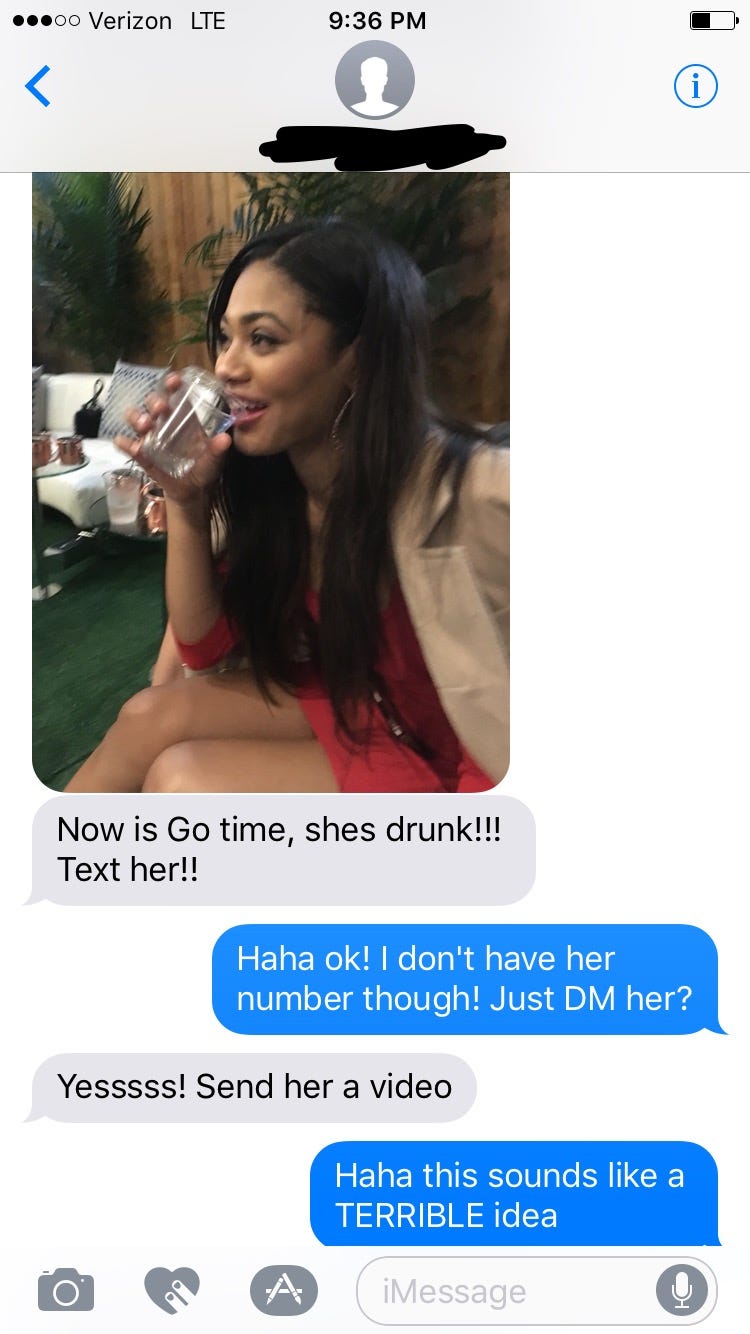 Note: at this point, I was suspicious they were trolling me, but not certain. 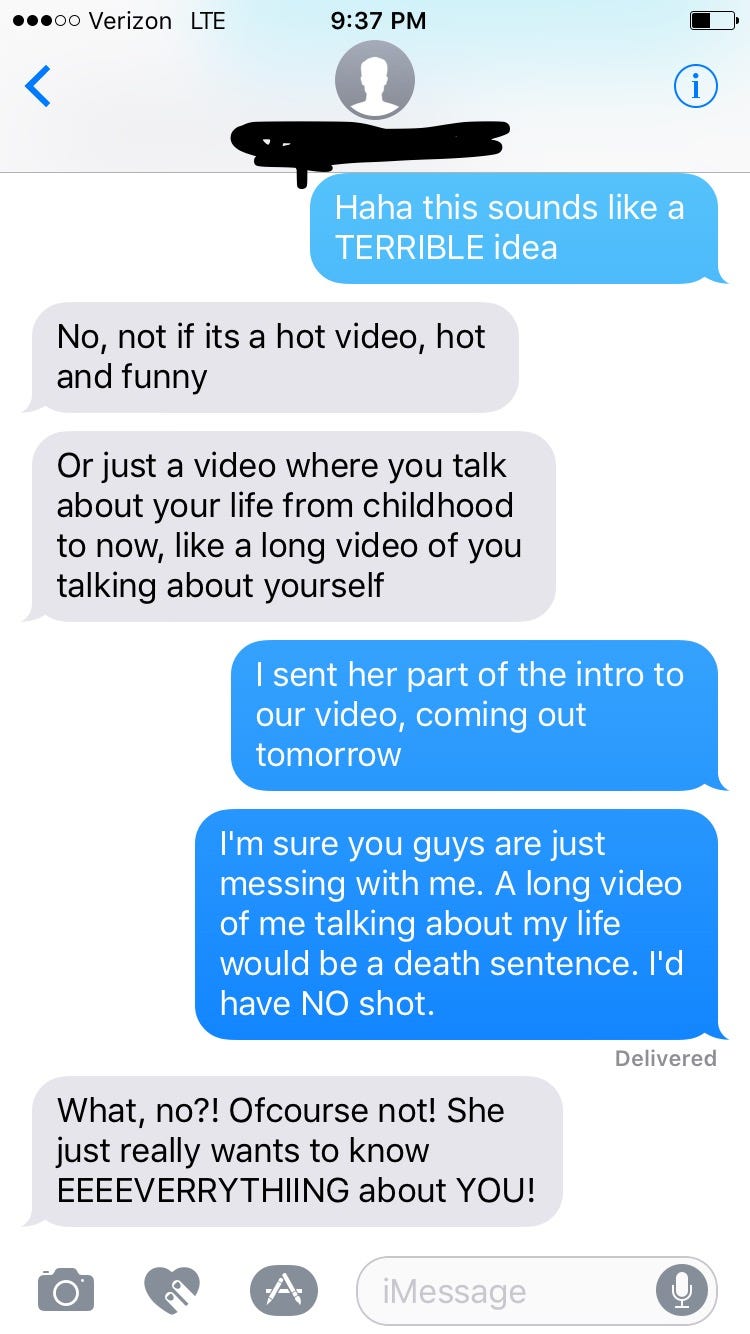 Note: at this point, I was completely aware they were trolling me. But when you’re being trolled by SI Swimsuit models, you don’t acknowledge the game–you play it on their level. My goal was to give them what they wanted without looking like a total moron. So I sent them a 13-second clip of the “Saturday Sitdown” clip, which you saw above.

Little did I know that all of this was happening under Dave’s nose. He was reading my messages, telling these girls that I faked cancer, and warning them that I’m a complete psychopath. Here’s the video of that:

Lord knows it’s tough enough to get a swimsuit model to go out with you without your boss shitting on you the entire process. I probably never had a chance anyway, but Dave certainly put that question to rest. I’m not mad. I’m sure that somewhere in the Barstool Employee Handbook, it says that Dave has the right to choose who we date and who we don’t. I just wanted to tell my side of the story before this gets spun to the moon. I’ve been on the wrong side of a breaking scandal before (see: Cancergate), where other bloggers blogged the story before I did. Thanks to my dear friend KMarko, I’m trying to control this story by breaking it first.

It was fun dancing with angels. We mortals are but shadows and dust. I’ll return to a steady diet of 6’s and the occasional 6.5, but I’ll always remember the time I flew too close to the sun.