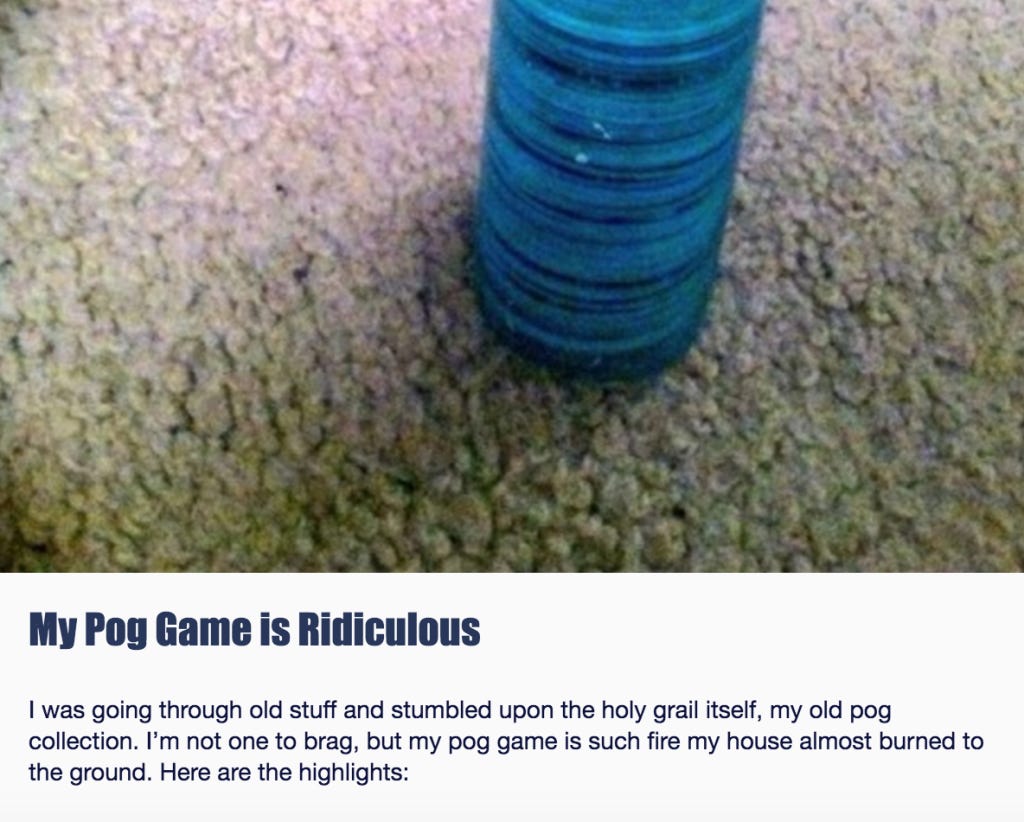 Let me take you back to October, 2013. I was unemployed, living in my childhood bedroom in my parents’ house. I had been blogging for about a month or so on my own site while lying to my parents about applying for jobs. After quitting my previous job, I vowed to myself I would never go back to that cubicle monkey bullshit. So each day I would go to Panera and instead of applying for jobs, I would write on my site. Eventually one night when I was at rock bottom I sent Portnoy an email with links to my best blogs, and the rest is history.

However, while living at home, I uncovered my most prized possessions- my Pogs. Never really knew how you were supposed to properly play with them, but everyone had them and they were awesome. So one night while wallowing in self-pitty, I started going through them, and was amazed by what I found. Since I would rather do literally anything in the world than apply for US.Gov jobs, I started blogging about the Pogs. And I’ll tell you what, it might have been the smartest thing I ever did.

The Pogs blog was a smash. The 9 people who read my fake site gave me internet high fives. KFC later told me once he read it, he recommended Dave offer me a job. It might be the reason I’m here today.

I held onto that Pog Blog for a while, just waiting to drop it at the right time. Enter: Barstool LA. To say the least, Barstool LA was not well-received, mostly because two guys from Indiana who liked to make videos were told to write about LA sports, which was…how do I put this…an interesting, out of the box idea. After an LA blog, I can’t remember which one it was but it suckedddddd, dropped on the Internet, I thought “now…now is the time”. I put that blog on the Internet on November 7th, a month after I was brought on board, and it was my first “classic blog”. And probably my last, too, if we’re being honest.

So that’s a fun behind the scenes of one of the first blogs I ever wrote. Hopefully I write another funny blog again soon.

You can read the full Pogs Blog here

PS: Also in the newsletter….Milmore cartoons are back! 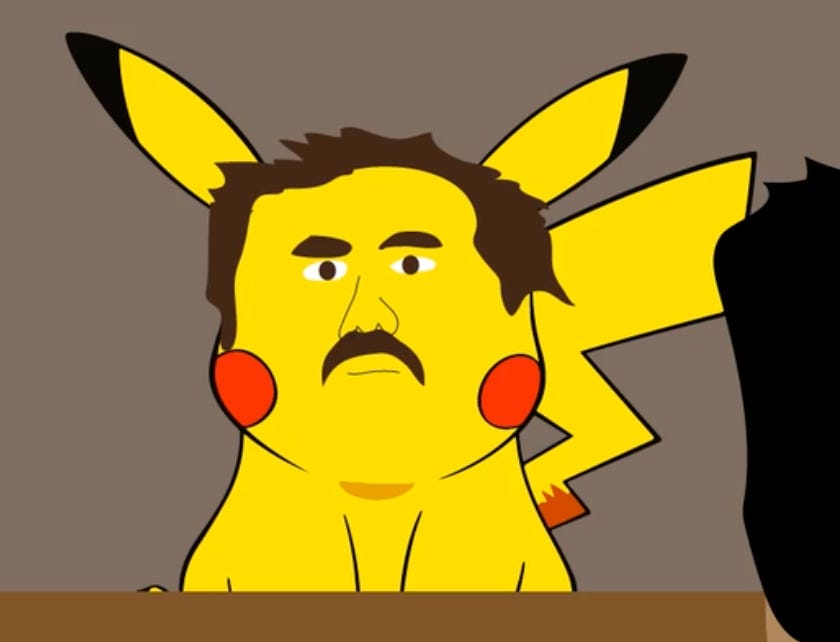 office behind the scenes+ 2 Tags