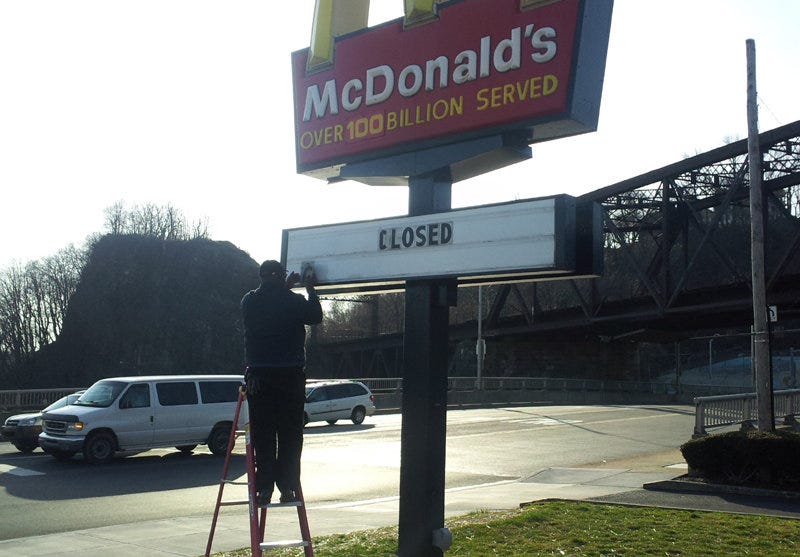 Business Insider –McDonald’s locations across the United States are shutting down on a “Day Without Immigrants.”

On Thursday, organizers in cities across the country encouraged immigrants not to show up for work or patronize businesses, to show how crucial they are to the American economy.

According to reports on social media, some McDonald’s locations are feeling the impact and have been forced to close for the day.

Tried to get a cup of coffee at McDonald’s, closed. Went to next one, closed. I don’t need coffee. #DayWithoutImmigrants

The Mcdonald’s on Union and New York isn’t open.. it’s supposed to be 24/7 lol #DayWithoutImmigrants pic.twitter.com/QR85HyEPYY

Genius move from the immigrants. A real “you don’t know what you’ve got ’til it’s gone” situation. Pull up to the Micky D’s drive thru expecting your egg mcmuffin and coffee only to find a “hey we’re closed remember you NEED immigrants” sign. All the sudden your “build that wall” chant ain’t looking so good. Immigration ban ain’t looking so good. Everybody wants to hoot and holler about immigration until there’s no one to cook up that pre-made breakfast sangy.

Many people side with the immigrants but not this dude.

OMG the McDonald’s is closed… One less day receiving a fucked up order. #whocares #DayWithoutImmigrants

Pretty weird tweet. Not sure how you include an all-caps OMG but also a #whocares. Dude obviously cares.

Also pretty stereotypical that we’re like “all immigrants are boycotting work today, hey look all the McDonald’s are closed” but point made. We need McDonald’s and therefore we need immigrants.