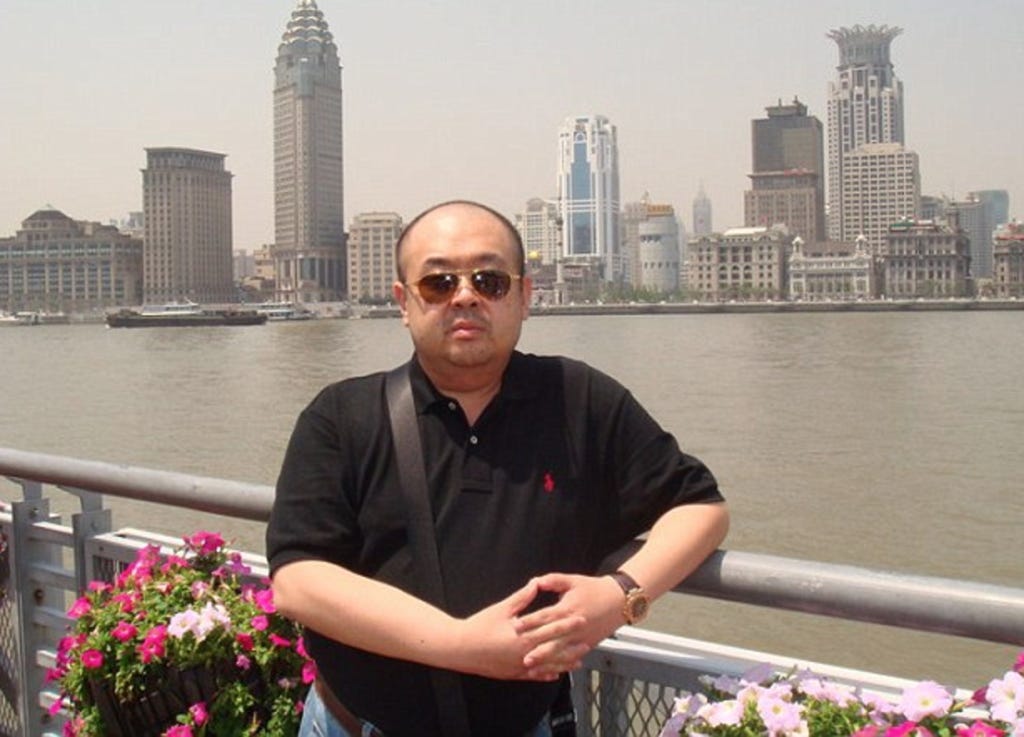 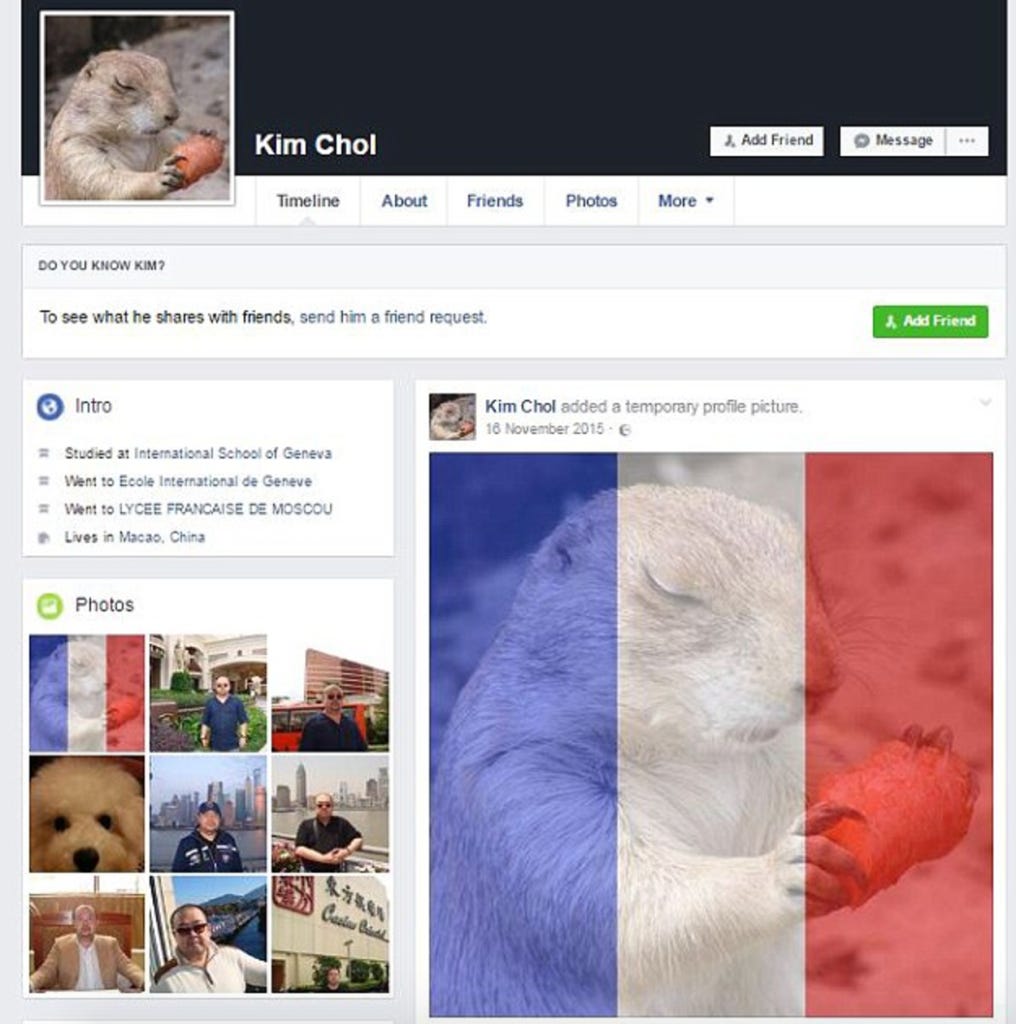 Daily Mail – Kim Jong-Nam’s ‘careless’ use of Facebook and emails may have led to his assassination, it has been reported.

The 46-year-old, half-brother of North Korean dictator Kim Jong-Un, was poisoned to death by two female operatives in Kuala Lumpur, Malaysia, on Monday.

His Facebook page was under the name ‘Kim Chol’, the same name used on the passport he had in his possession when he was killed.

The 46-year-old half-brother of Kim Jong-Un had set up his own Facebook. Security expert claims ‘careless use’ of social media may have led to his death. Facebook page includes photos of him at luxury hotels and casinos in China.

Well now this all makes sense. I mean by all accounts Kim Jong-Nam was basically living in solitude minding his own business staying mostly off the radar. This article says he “lived quietly in the Asian gambling hub of Macau, avoiding controversy and seemingly relaxed about personal safety.” So why would Un go through all the trouble to have him killed? To commit 3 highly trained operatives in LOL shirts to blow poison darts into his eyeballs in the TSA line and shit? Sure he’s a loose cannon but seems like he kind of went out of his way here, especially for his own flesh and blood?

But this explains it. The family member who posts too much on Facebook. The relative who is always blowing up your timeline with dumb shit. Flooding your main page with vacation pictures and kid pictures and memes and inspo quotes and pyramid schemes for Rodan + Fields. The worrrrssstttttt. Most people just mute or hide or block or do whatever it is you can do when you tinker around in your settings, but I guess this is where the whole psychopath aspect came into play – Jong Un prefers to have you murdered in cold blood at the damn airport. Can’t say I hate the move to be honest, coming from someone super anal about his social media curation.

Plus, let’s not ignore this little fact –

Kim Jong-Un doesn’t strike me as a guy with the kind of self deprecating sense of humor to appreciate an impersonator. Bold move by Nam liking that one that didn’t quite pay off for him.