NYDN- Draymond Green is now getting involved in the debate over the Charles Oakley and James Dolan feud. On an episode of his “Dray Day” podcast with Uninterrupted, Green sounded off about Dolan’s treatment of Oakley. The outspoken Warriors forward said Dolan had a “slave master mentality” with the situation.

Green had an issue with how Dolan was fine with Oakley’s confrontational personality when it helped the Knicks, but not when he spoke out against the organization. “You doing it for me, it’s all good,” Green said. “You doing it against me…you speaking out against my organization, it’s not good anymore? That’s a slave mentality. A slave master mentality. That’s ridiculous. It was all fine and dandy when he was laying people out, taking fines and all this stuff for your organization. But now all of a sudden when he says something that he feels, it’s a problem.”

Good times to be a Knicks fan these days! If the refusal to be good or tank doesn’t make you want to jump off the nearest bridge, the players and ex-players calling your owner a bigot will! I’m not sure if it’s tougher to root for the awful basketball the Knicks have been playing or for a team owned by a guy so universally hated. Maybe we can use that for a future This or That segement on Barstool Radio! It goes without saying that Charles Oakley continuing to rip Dolan a new asshole after their truce moves him from hero to legend. Plus Oak called Dolan the D-S word, which must have given Adam Silver the willies.

What we really need to happen is James Dolan to be the star of some Donald Sterling leak tape. The Clippers would still be trapped under Sterling if that tape never comes out to the public. Now they have probably the most entertaining owner in the NBA in Steve Balmer, a competitive team, and most importantly are no longer a laughingstock to the rest of the NBA. I still think free agents will go where the money is. But if all things are equal, why would you want to work for an asshole like James Dolan with all of the other nonsense?

Which leads to me to my last question. Which will happen first: Adam Silver will figure out a way to free one of the NBA’s most important franchises from the worst owner in professional sports after the S word was invoked by an active player?

Or will James Dolan finally realize that owning the Knicks is doing him and his name a billion times more harm than good and sells the team to one of the other kajillionaires that live in New York? If the MSG properties are really less than 10% of the Dolans’ wealth, you have to tap out sooner or later, right?

When your team has been a dumpster fire for basically your entire time owning them: 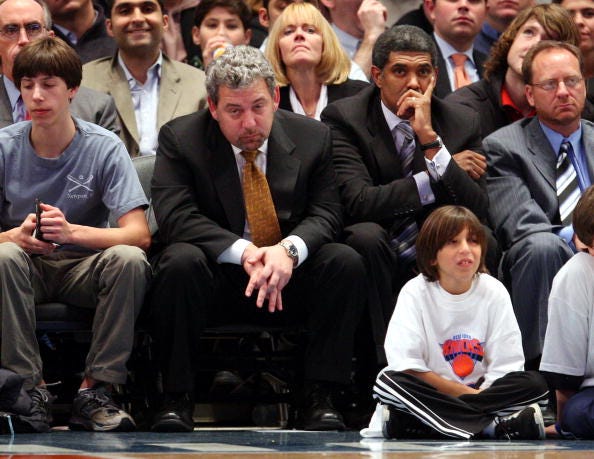 And then when some of the league’s biggest and most influential stars like LeBron James, Chris Paul, and Dwyane Wade speak out about how you handled this Oakley situation: 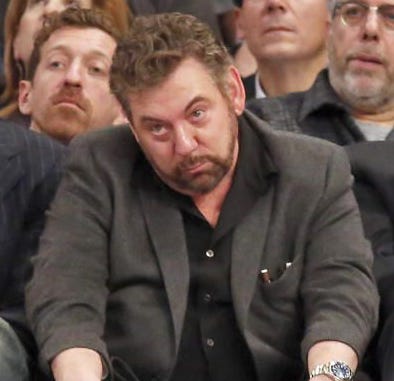 And then when one of the most outspoken players on the best team in the league gets all up in your ass like a wedgie by referencing your slave master mentality: 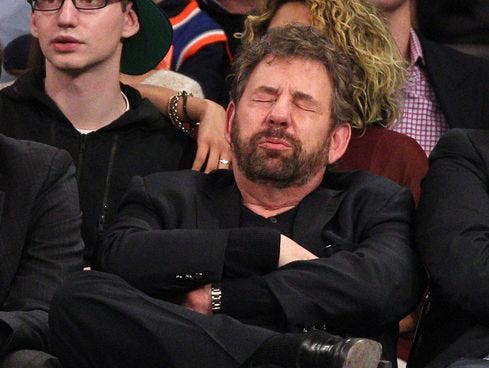 And then when you finally realize that Charles Oakley is going to continue to gut you in public for the rest of your time owning the team and can’t be pimped by a blank check or allowing him into MSG: 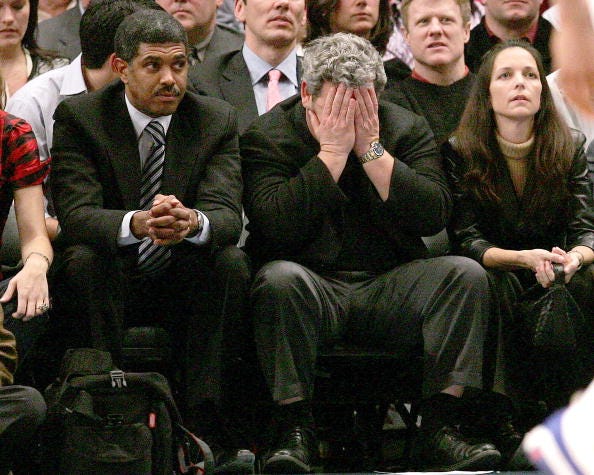 Then again, this is what it looks like when your team has been owned by that dickhead for 15 years and you know your team will never be a competitive, healthy franchise until he dies or sells the team: 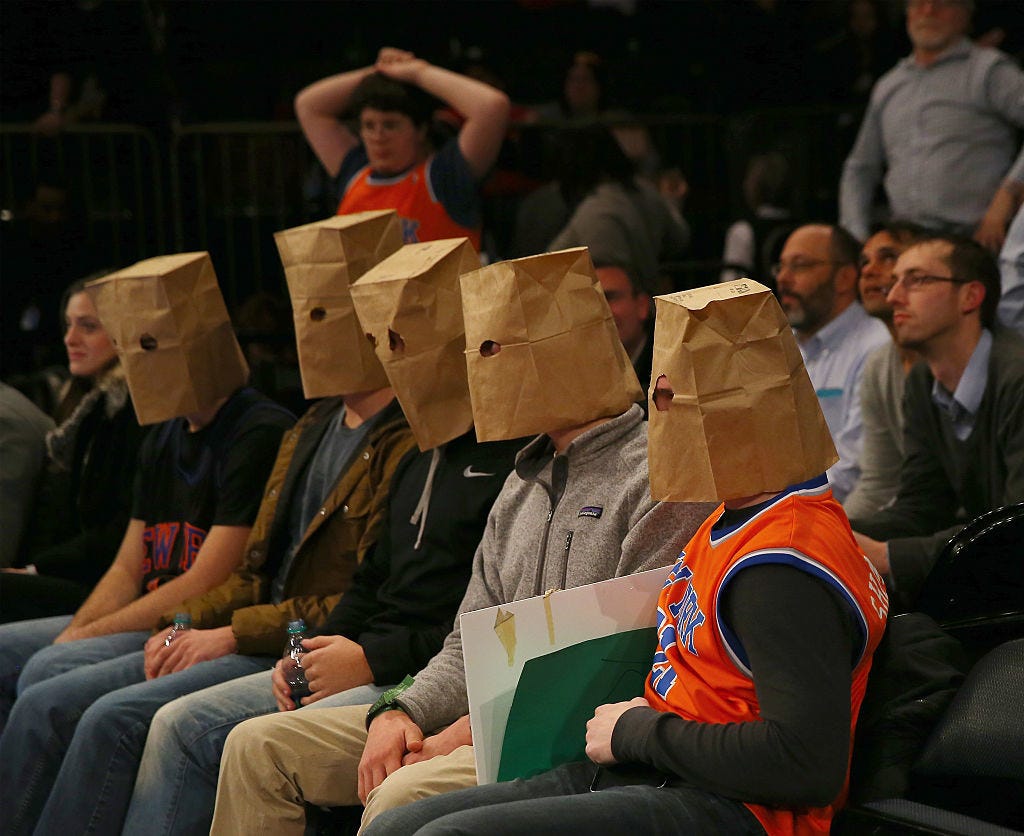 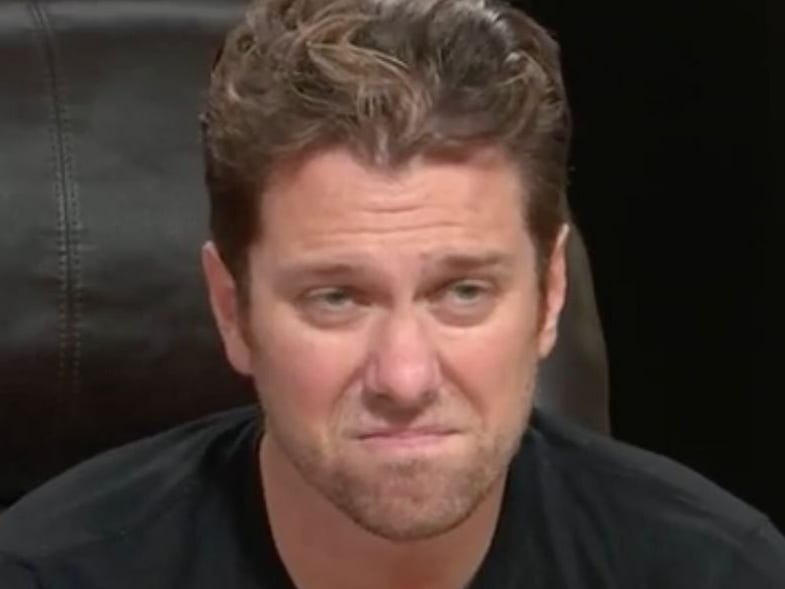 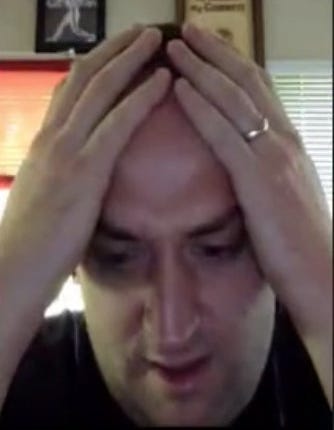