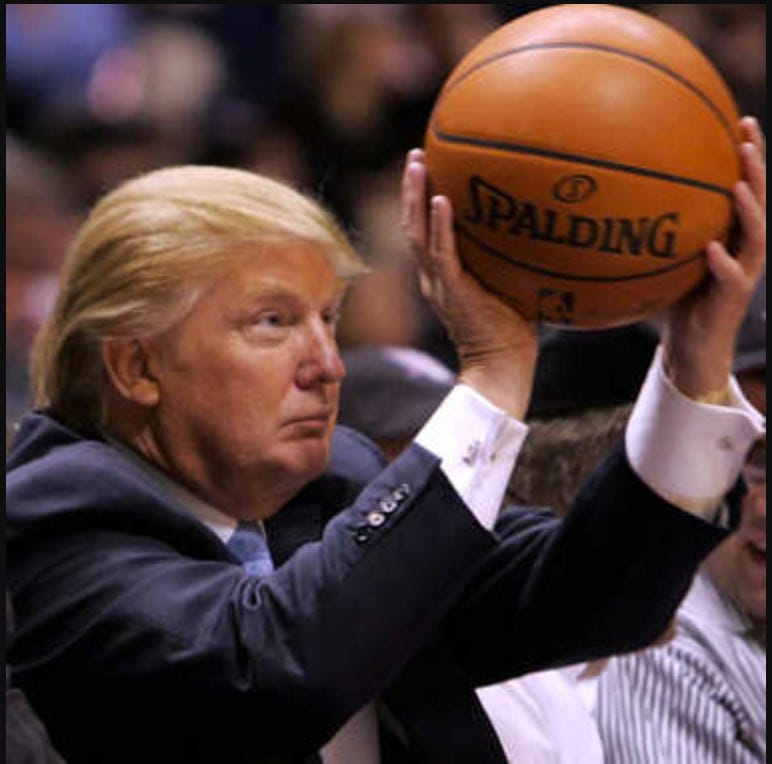 Washington Post – It appears that President Trump is passing on March Madness. He will not continue his predecessor’s annual tradition of filling out an NCAA tournament bracket on ESPN.

The network reached out to Trump’s staff and invited the president to fill out a bracket on-camera, just as President Barack Obama had the past several years. The network recently received word that Trump has passed. An ESPN spokesman said in a statement: “We expressed our interest to the White House in continuing the presidential bracket. They have respectfully declined.”

White House spokeswoman Hope Hicks said in an email to The Washington Post: “We look forward to working with ESPN on another opportunity in the near future.” Neither the White House nor ESPN had any details on what other opportunities might lie down the road.

First of all let’s be clear, Washington Post – Trump didn’t say he wasn’t filling out a bracket period. He said he wasn’t doing it with ESPN. No, if I know Donnie the way I think I do, he’s got his own TV special lined up, maybe even a Facebook Live bracket reveal. Dude is a personal ratings machine – the fuck does he need ESPN for? Also he’s a close personal friend of Bill Belichick and Tom Brady, not sure if you’ve heard that mentioned in the media – you think he’s going to promote a network that propagated Deflategate? What are you nuts? So yeah, obviously Donald Trump is respectfully declining Andy Katz from coming in his living room with his big rolly bracket board. He’s better off doing it on his own and keeping the liberal Fake News media machines away from it.

At least that’s what I hope, because only a total pussy wouldn’t do a bracket, and we all know Donald’s no pussy, right?