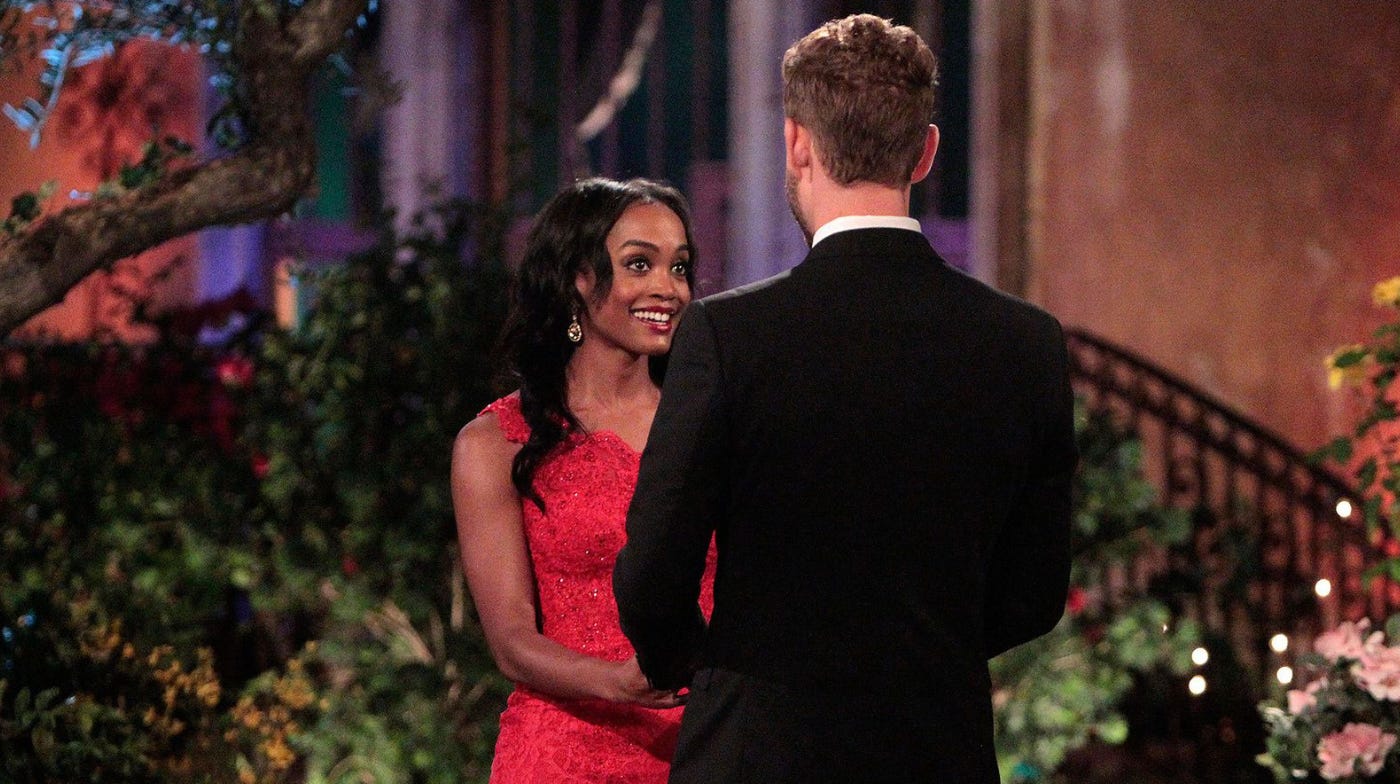 THR- After 33 combined seasons of The Bachelor and The Bachelorette, ABC has cast its first black lead, a source close to the situation tells The Hollywood Reporter. Rachel Lindsay, a Texas attorney, and current contestant on Nick Viall’s The Bachelor, will be announced as the next Bachelorette on Monday’s Jimmy Kimmel Live!. The star of the next cycle is usually announced after the current season wraps, but ABC is breaking tradition by revealing the news weeks before the finale. ABC declined to comment. News of Lindsay’s casting was first reported by the Reality Steve website. Lindsay is becoming the Bachelorette after years of controversy surrounding the long-running reality dating franchise. ABC and its executives have come under fire over the series’ lack of diversity, as the starring roles have almost exclusively gone to white leads on both The Bachelor and The Bachelorette.

WOOOOOOOOOOOOOOOW. Spoiler city. The whitest show on the face of the earth will have it’s first black Bachelorette in the show’s combined 33 years in existence. Rachel Lindsay from Nick’s current season. Wild stuff. I never thought I’d see the day. I mean that earnestly. ABC has been getting shit on for YEARS about not having a black Bachelor or Bachelorette and they didn’t totally seem to care. They’ve recently included more black people in the group of women on The Bachelor and the group of men on The Bachelorette. I suppose it was only a matter of time before ABC made this move. It’s 2017 after all. As far as the pick goes, Rachel is pretty damn perfect to be the Bachelorette. Everybody loves her and thinks she’s clearly too good for Nick. They went on a one-on-one date in New Orleans and she seems like a cool ass chick. I will say, it’ll be interesting to see how they cast the men for the first ever black Bachelorette. I said up top that this is the whitest TV franchise ever and it is. It’s painfully white. White people on white people on white people. We shall see. Next season will be interesting to say the least.

PS- So I guess this means Rachel is going home on tonight’s episode of The Bachelor. That seems obvious but when Nick was picked for The Bachelor he was still on Bachelor In Paradise and ABC basically spit in our face and made us watch one more episode with him and Jen S and pretend we didn’t know it wasn’t gonna work out. So maybe Rachel doesn’t go home tonight. Who knows.

Double PS- Barstool Afterparty: The Bachelor is back tonight. 10pm sharp after the episode airs. We’ll be on Facebook Live. Tune in!