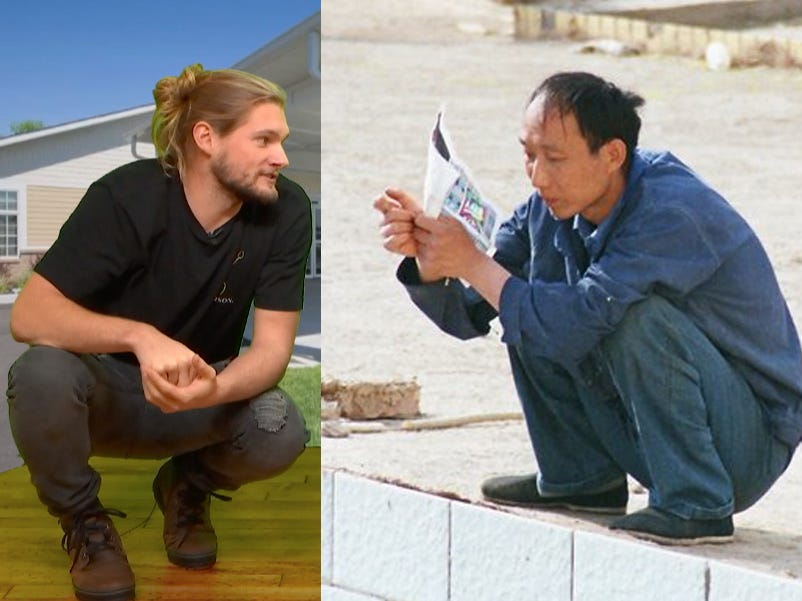 After living in Asia for a year a friend casually mentioned to me “Man… Asian people love to squat.” My mind was blown. How had I not noticed this? From that point on I couldn’t go a day without spotting at least 30-80 squatting Chinese people of all different ages, shapes, and sizes . Squatting while eating their lunch, 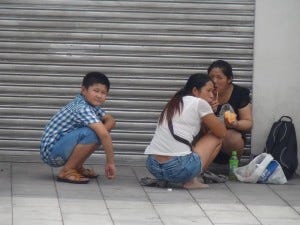 Squatting while smoking darts and browsing their smartphone internet, 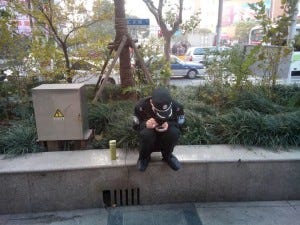 and squatting while waiting for the subway. 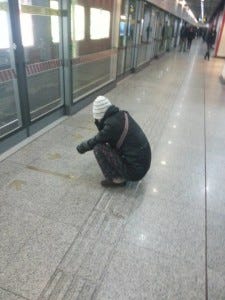 Squatting for minutes. Squatting for hours. Sometimes squatting on surfaces specifically made for sitting such as benches and chairs. 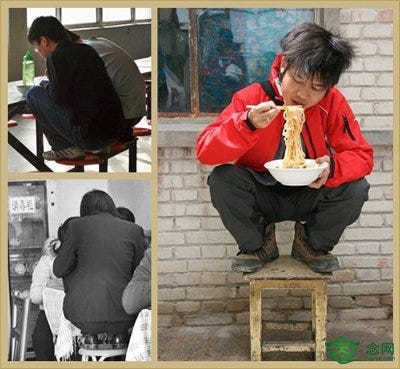 Incredible. And it wasn’t just the fact that so many people were squatting that intrigued me, It was the fact they were all squatting in the exact same fashion; with heels firmly planted on the ground(see Rone below).  Why was it that any white person I had seen back in the US would only squat in Caleb fashion, centering their weight on the balls of their feet and knees? 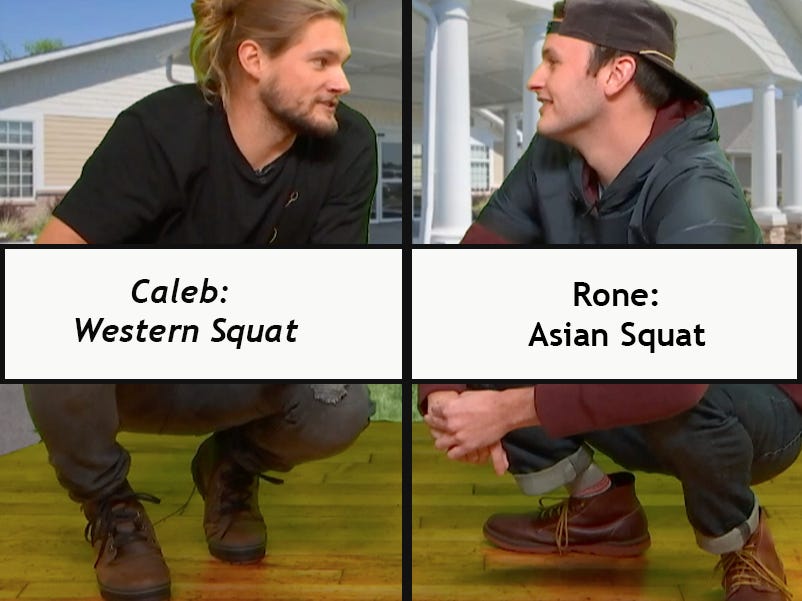 I decided to do some research on the matter and sure enough there was plenty of literature online on this “Asian Squat” phenomenon.  However, the only information I could find on its origin was from this site, which stated:

“Originating in India, the squat made its way to China, where Asians figured that it was the ideal way to eat rice and be ready to defecate at any given time.”

This explanation makes even more sense when you realize that most public toilets in China are just stalls with holes in the ground. 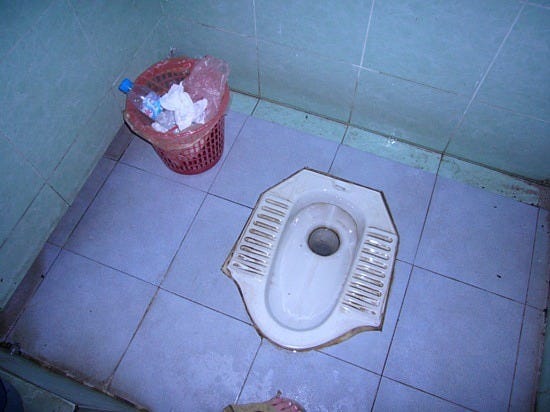 I can personally attest to the fact that If you haven’t mastered the art of the Asian squat at a young age, taking a casual poop in China is going to be an extremely taxing endeavor.  I’m still processing the emotional pain from falling into a KFC toilet in Beijing at 4AM but that’s a blog for another day.

Now as someone who is unable to do the Asian squat I was curious if this was the case for all Westerners/White people.  As Rone demonstrates above, it’s clearly not. After a quick search online I found that the only scientific study done on the matter had the following results:

Hmmm.  Could Rone be part Asian? A closeted Yoga Freak? Have I just exposed his only insecurities while providing his future rap battle opponents with highly sought after ammunition?  Fortunately, none of this is correct, as after a little more research I discovered there was also something known as a “rap squat” that is pretty much undistinguishable from an “Asian Squat”. 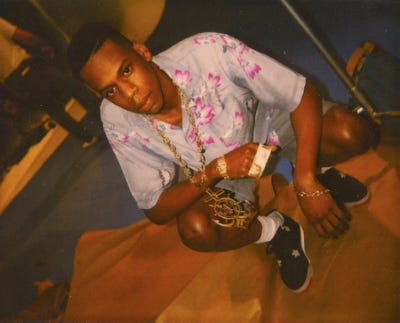 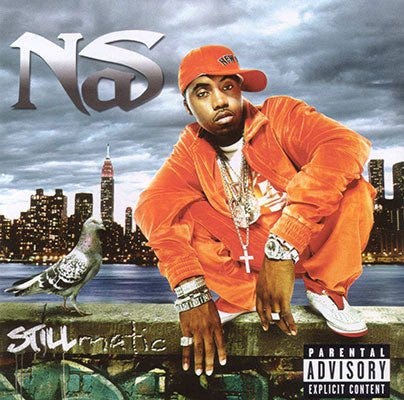 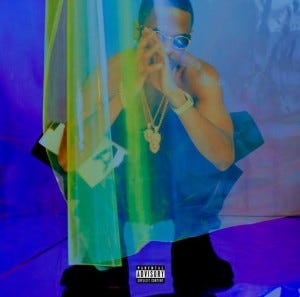 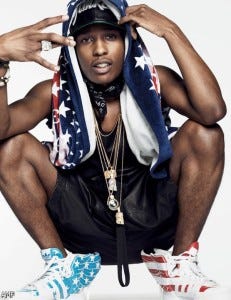 Rone isn’t an oriental yogi, he’s just a rapper, something we already knew.  I won’t say we’ve dodged a bullet as that would infer there is something inherently wrong with doing Yoga or being Asian when only the first part of that statement is true but I’m sure everyone’s relieved that Rone’s reputation as the whitest battle rap champion in the world hasn’t been tarnished.

Until next time, this has been a Barstool Sports investigative report. #cantstopthesquat