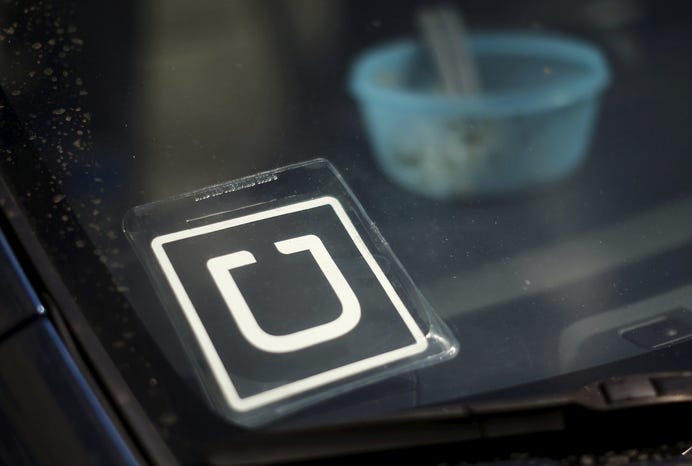 (Source) — In what could’ve been a thrilling episode of To Catch a Cheater, a French businessman has filed a whopping $45 million lawsuit against Uber after a bug in the ride-sharing app allegedly allowed his wife to keep tabs on his trips, ultimately leading her to suspect he was being unfaithful. According to French newspaper Le Figaro, the man claimed the glitch caused the app to send notifications as well as other transportation details to his wife’s handset. While it remains unclear what caused the malfunction, the man purportedly used his wife’s device to log in to Uber, but the phone kept receiving notifications of his journeys long after he eventually logged out. The Côte d’Azur resident now seeks $45 million in damages from Uber, claiming the privacy flaw cost him his marriage. The case is slated for an initial hearing later this month.

The yin and yang of life, right here. Is it incredible to have remarkably easy access to travel? You betcha it is. But we’ve always got to deal with everyone we know finding out about our every move. Spotify gives us unfettered access to every song ever recorded, but our friends know when we’re rocking out to The Lizzie McGuire Soundtrack (I apologize for nothing, btw). Text messaging let’s us get our rocks off anywhere in the world, from church to your couch, but there’s always the fear you send a DP to your mom. You can tweet Dominos an emoji and a pizza will show up at your door, try explaining that sentence to gramps, but you’ll get fatter than those who had to hunt their food. And Uber will provide a black car at your door, within minutes, but it also might snitch to your wife.

It’s a fear we deal with constantly when we use technology. We’ve suppressed that fear and stored it into a small box in the back of our brain, but it’s a fear that’s there. I saw Snowden, I know what’s up. Everything I do a teeny, tiny part of me wonders who’s watching it.

But, at the end of the day, what’s the alternative? Go off the grid? Start using old school shit? Not cheat on your wife? I don’t think so. It’s hard enough for me to get off my couch, if there isn’t a car outside my door that will bring me to my destination’s door then I’m not going. I have a twenty step max rule for any excursion. I’ve been in NYC for months and still haven’t hailed a cab and have taken the subway under 10 times. It’s just not worth it. So yeah, it sucks having your wingman go behind your back and snitch on you, but I bet when push comes to shove and this guy has another opportunity to fuck someone who isn’t his wife he’s still gonna dial up old reliable in Uber.

My greatest fear is knowing when people are lying about my whereabouts because I do it all the time. I say I’m on my way when I’m not even in the shower, I say I’m busy at work when I’m on the couch, I say I’m tired on my couch when I’m out with other friends and don’t want that person to come, but if there was even a 50/50 shot Uber told the people I’m lying to the truth then I’d still take that risk. It’s too convenient not to.