The Summer of Obama* continues! If he’s not out having the time of his life playing water sports (not the gross kind) with Richard Branson, now he gets an NBA 2K create-a-player. And not just any create-a-player but a fucking playmaker. LeBron would be pouting to the front office about their inability to trade for Obama if this was real life. Wearing number 44 makes sense because I think if you become President, you have to make your lucky number and jersey number for the rest of your life. I love the number 21 more than some family members. But if I became the 46th President of the United States, I am getting that numbered tattooed on my back like I’m wearing a jersey directly after the inauguration and it is the first number I fill in when playing Quick Draw.

Now some people probably think Obama should play for his hometown Bulls or in D.C. with the Wizards. But if Obama was calling the shots, of course he is going to go to the Hornets. Dude worships the ground Michael Jordan walks on. If you can’t play with MJ, the next best thing is playing for MJ. So I won’t get on the video for that, even though it takes some creative liberties. I mean this is the Obama I remember seeing play basketball.

Not terrible and only slightly awkward as a lefty.

A guy that can box jump and #HuntGreatness better than JJ Watt.

And can murder Melo above the rim.

After a long last 18 hours or so, seeing Melo get yakked on made me and likely countless other Knicks fans happier than it should. 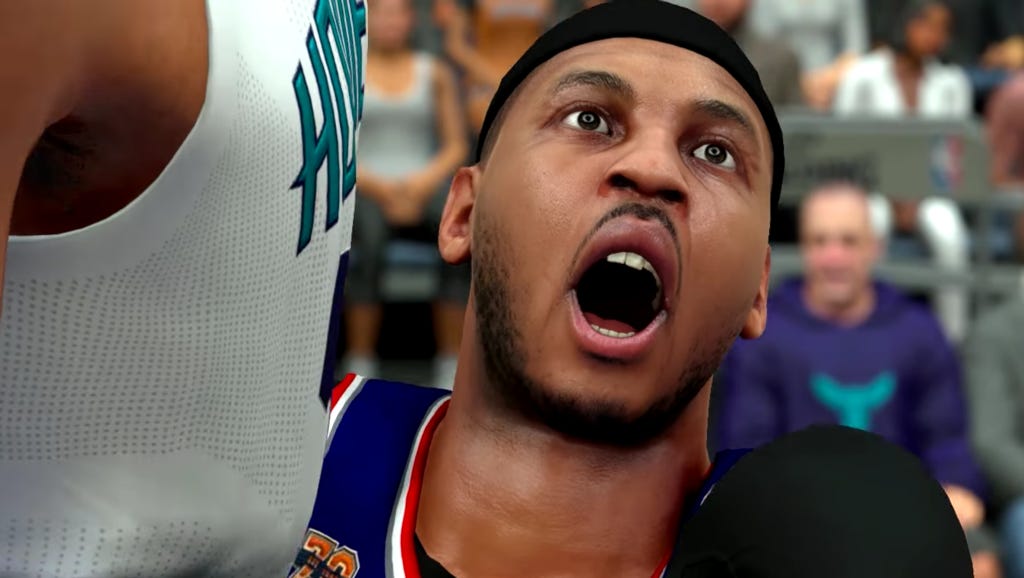 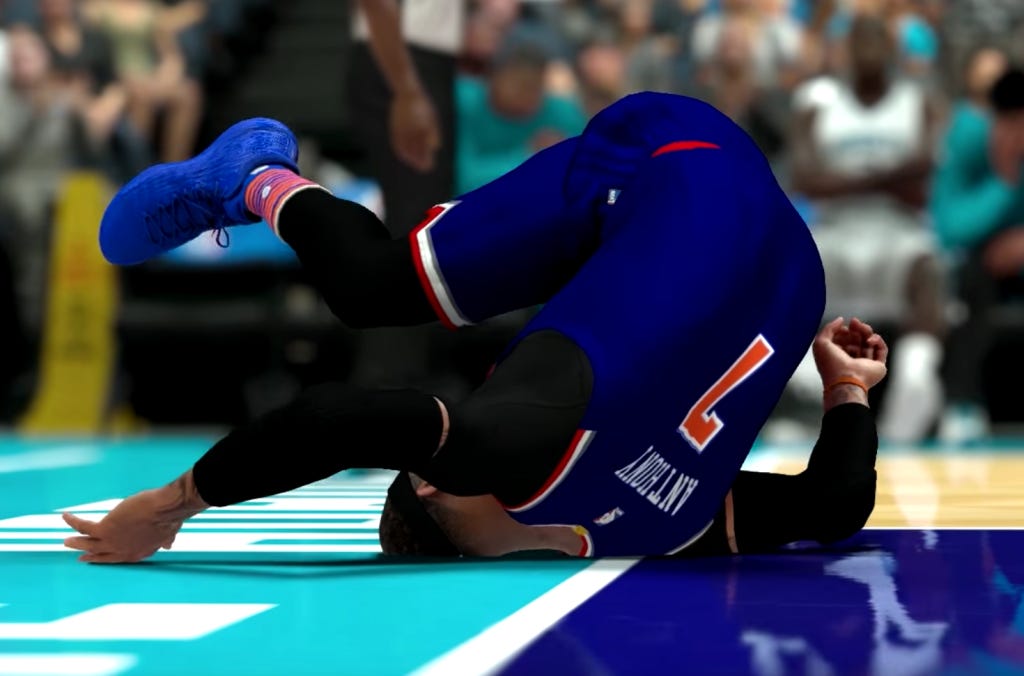 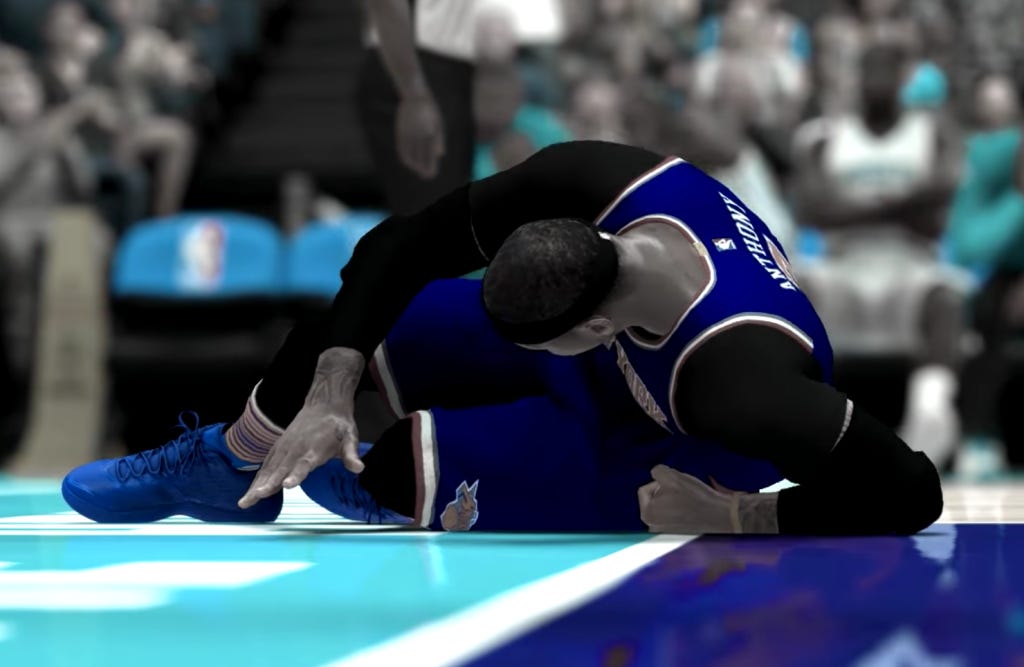 But no matter how good 2K Obama is, nothing will top the GOAT Presidential appearance in a video game (oh yeah and I guess you were in it too, non-President Hilary). 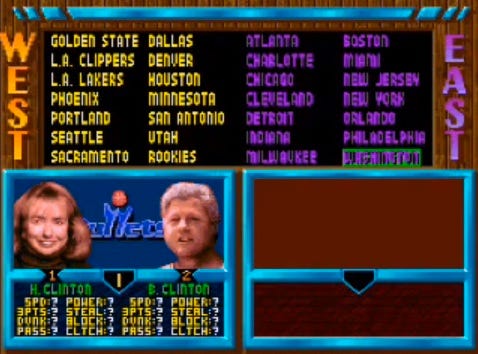 *I know it’s not summer