The week after the Super Bowl is always a little slow. And with only one game in the NHL last night and me spending a snowy Thursday by watching a shit ton of box lacrosse clips, you’re going to get a throwback. But fret not, mi amigos. Because it’s a helluva throwback.

Imagine being this kid’s parents at that very moment. Just imagine how proud you’d be that you raised such a little savage. You think he’s just going to let that little twerp walk into his crease without paying the price? Shoot no. This ain’t a game. This isn’t the playground. This is a war zone. And if you come down the field trying to make a mockery out of this goalie by pulling some bush league trick shot, then you’re going through the turf. Plain and simple as that. Dems is the rules. Everything about this is perfect. How excited the kid was to attempt this shot. How brutally pulverized he was by the goalie. The post-murder stare down step over. And then immediately heading over to celebrate with the boys like the legend he is. 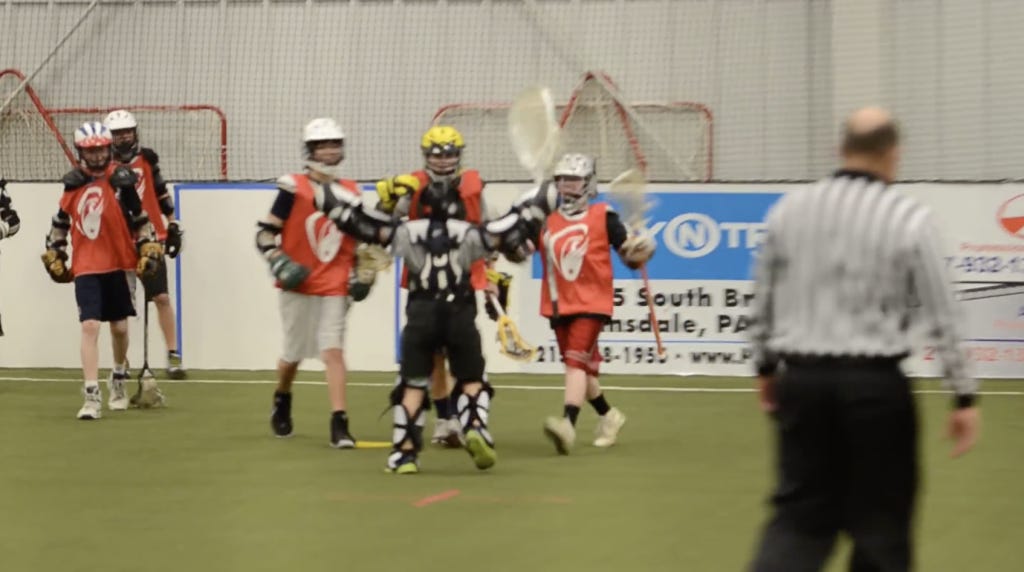 Truly one of the great moments in sports history. And now here’s something to think about. This was 5 years ago. The kid couldn’t have been any older than 12 at the time. Which means he’s probably in high school right now somewhere lighting it up. If I’m a college coach, I’m hunting this kid down and I’m offering him a scholarship right there on the spot. Need a guy like that on your roster at all times. You can’t teach that level of grit and heart.