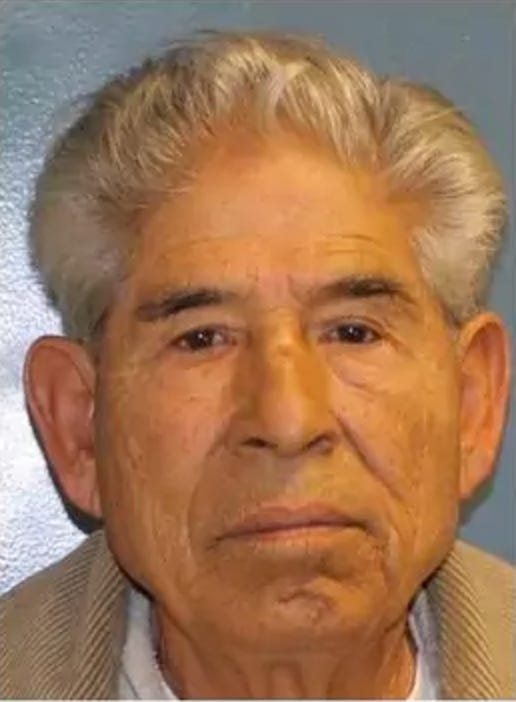 Visalia - A 74-year-old man was arrested on suspicion of selling heroin at Lincoln Oval Park.

Detectives with Visalia’s Narcotics Unit, led by Sgt. Steve Scofield, spent two weeks investigating drug sales at the park. They were able to get a search warrant for Daniel Aleman, of Visalia.

Officers arrested Aleman just after 11 a.m. on Thursday after they saw him walking down Locust Street. While searching Aleman, officers said they found 36 individually wrapped pieces of heroin on him.

At his home in the 500 block of North Locust, officers found an ounce of heroin, scales and packaging materials.

I’m always iffy of people who legit like to work. Staying busy is fine, but people who love waking up early and just going to work, I never understand. Why slave away at a job when you can just stay busy however you want? And then if you don’t feel like doing anything besides lay in bed and watch Netflix all day, you can do that. That my friends, is called retirement. After working all day every day from 23 to 65, you can finally plop your ass down on the couch, drink a beer at noon, and live out the rest of your days doing whatever it is the fuck you want to do. Some old people stay active by playing tennis. Some old folks love going to Bingo. And this guy right here, he loved selling heroin.

Daniel Aleman is a legend. You know that trip you want to take that you keep putting off? Or that instrument you want to learn that you just can’t find time for? Well Daniel Aleman had that sort of passion, that sort of dream, but his was to sell heroin. He wanted to wake up, eat his toast, drink his coffee, read the morning paper, and then make the best heroin he could. He was proud of his heroin. He walked down Main Street whistling a tune, selling his product to the young whippersnappers. That’s what retirement is all about. Shame he got caught, but at least he’ll die doing what he loved. Selling drugs.