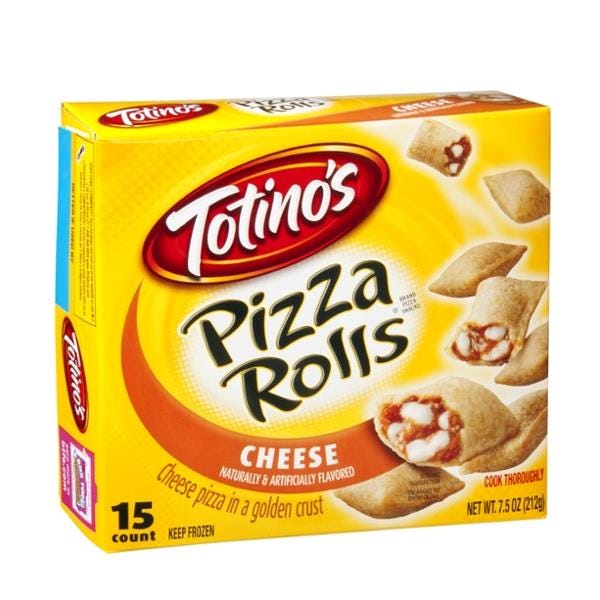 Yesterday was a real fun day to be a tourist. I got to check out Minute Maid Park which has been a true white whale of baseball stadiums, along with AT&T Park and Petco Park which hopefully I’ll get to soon. Not only did I get to see a ballpark that truly fucks, but also a live press conference from an All-Pro Punter AKA my newest co-worker. Selfies and that jazz on deck.

Love a good team store and Houston did not disappoint. 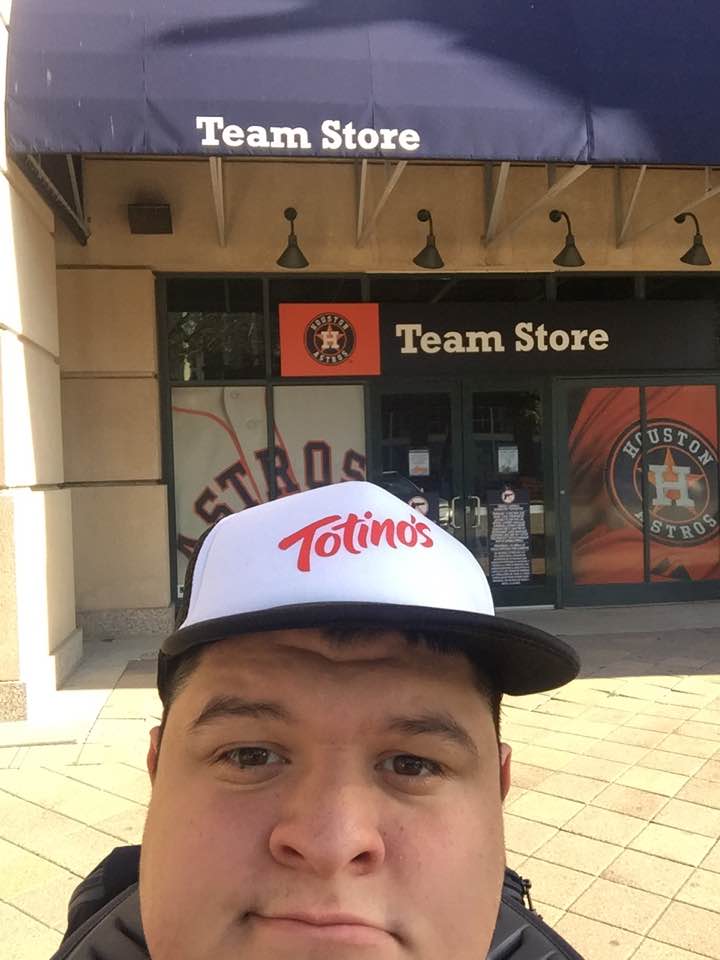 Team store was quite lively aside from the Jersey conundrum.

Copped potentially the best koozie I’ve ever seen and I’ve seen a koozie or 2 in my day. Also learned that the old Astros jerseys (design on the koozie) was meant to be the flames shooting out from a rocket as it lifts off. Shitty design by them, but cool fact nonetheless. 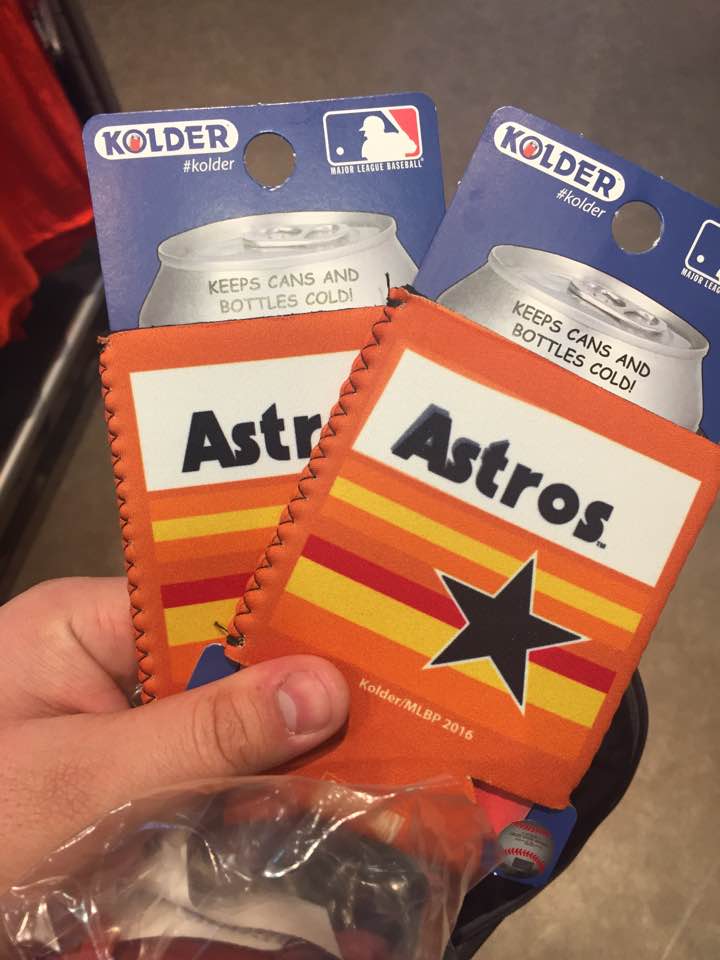 Then the tour began as it got real lit real quick. Upper deck views of one of the biggest stadiums in the league. What a treat. RIP in peace to the hill in center field as the Astros sold out and are now moving the fences in to 409 feet thus vanishing the hill. Sad! 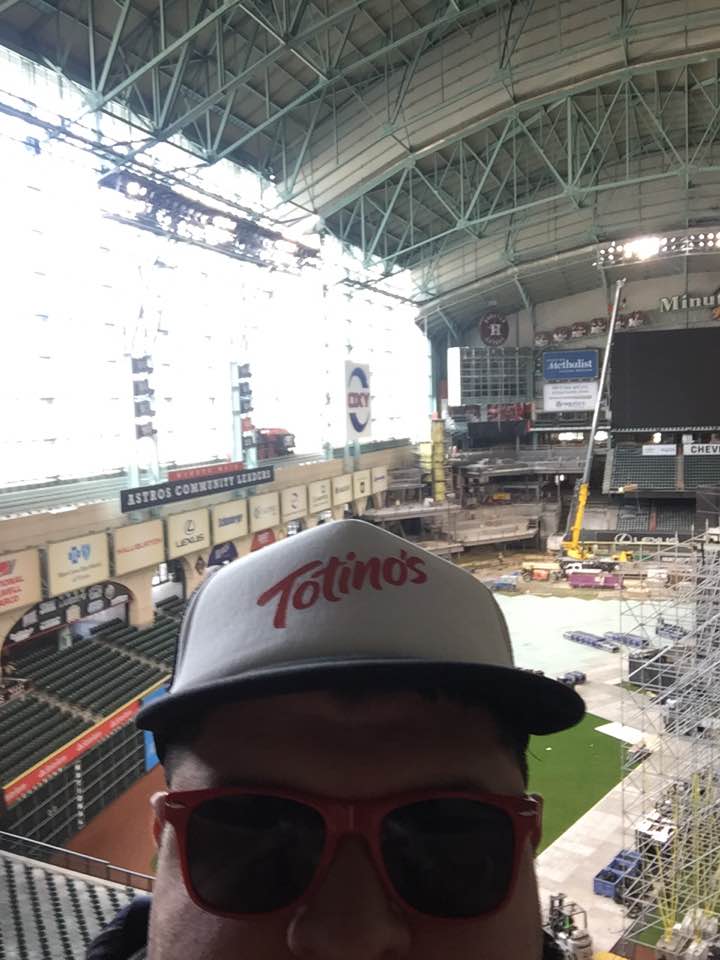 That roof weights 9 million pounds. NINE MILLION. I may be calling bullshit on that fact. That’s the weight of 692 African Bush Elephants. 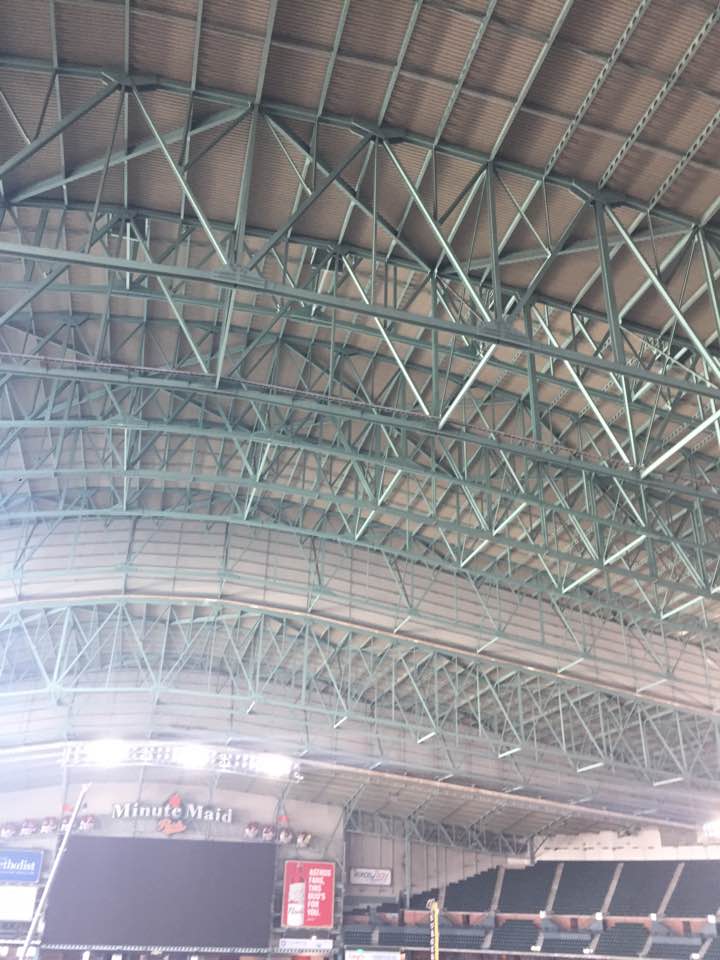 Here you can (kinda) see the retired numbers, the demise of the Opening Night set from Monday, and most importantly, El Grande. El Grande is that non-creatively named big ass scoreboard. My tour guide said its bigger than a basketball court. I’m starting to think the Astros organization may be a bunch of scam artists. 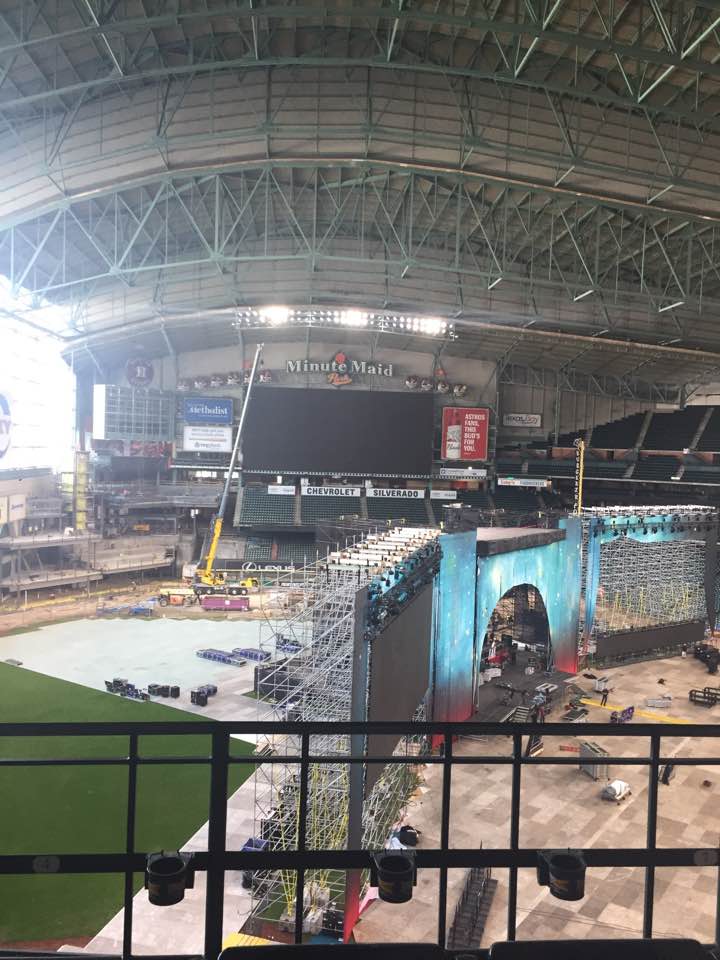 If there’s one thing I’ve learned in my days in Texas, it’s that 99% of the people are sweethearts. Uber drivers, workers at Kirby, and I guess the Astros. I guess they saw how sad all the people sitting under El Grande were, so they made El Nino. El Nino is El Grande’s lil broski that chills on the left field side of the park so the people under El Grande get some entertainment as well. Very interesting. 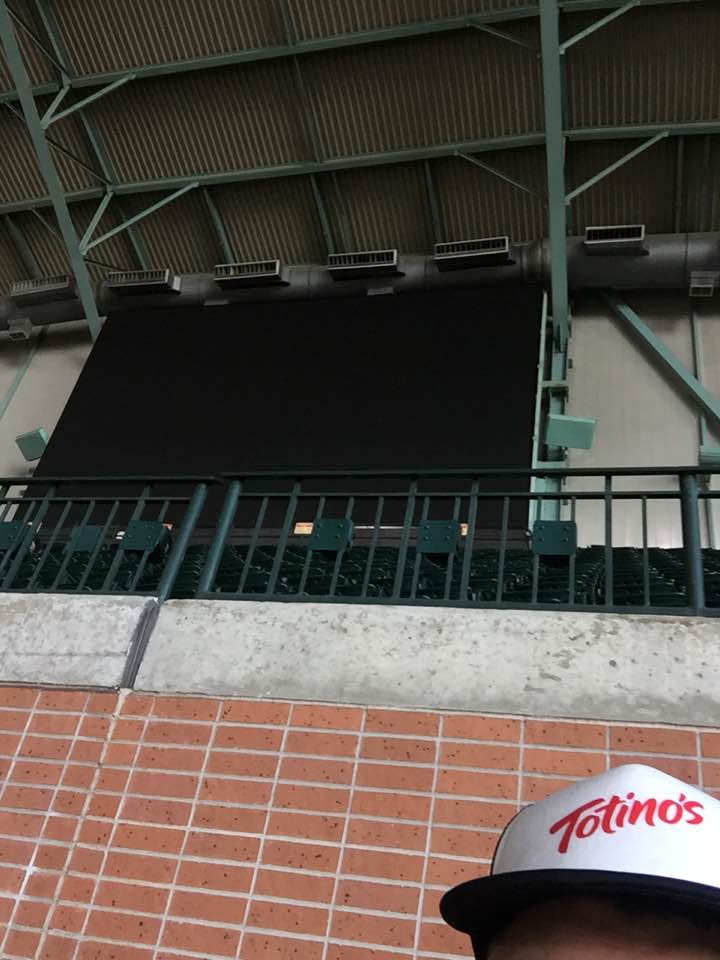 Must be sweet to be a journalist and come sit in a chair from 1924 at a stadium built in 2000. By the way, shoutout to these peeps who were the only other people up and at em at this 10am tour. 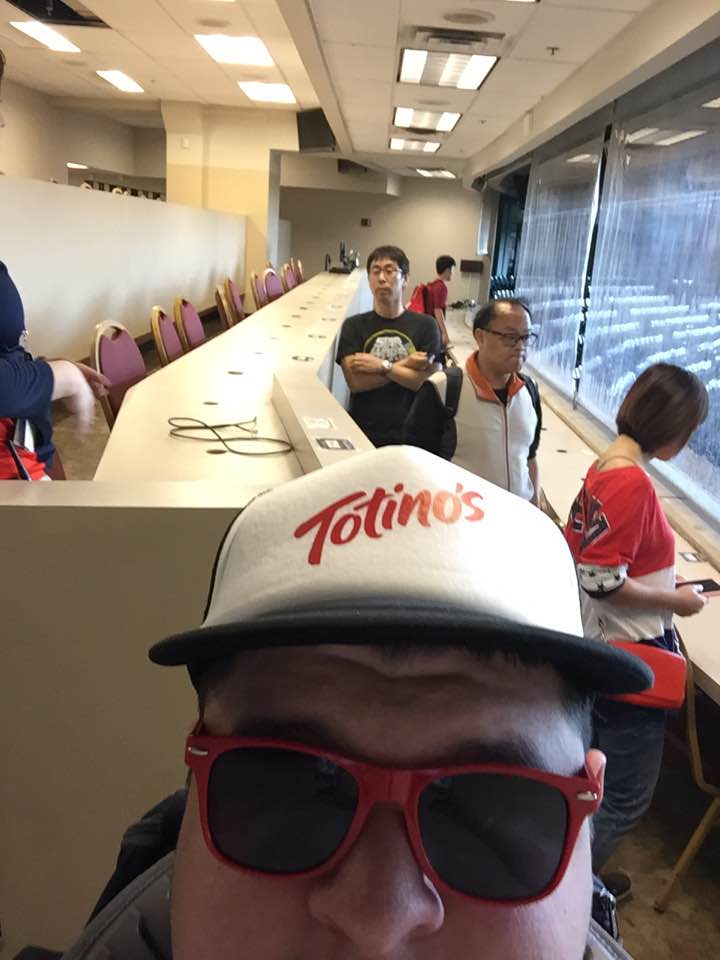 This is the entrance to the Diamond Club. That’s where you go if your family runs a successful oil rig or your last name is Bush. 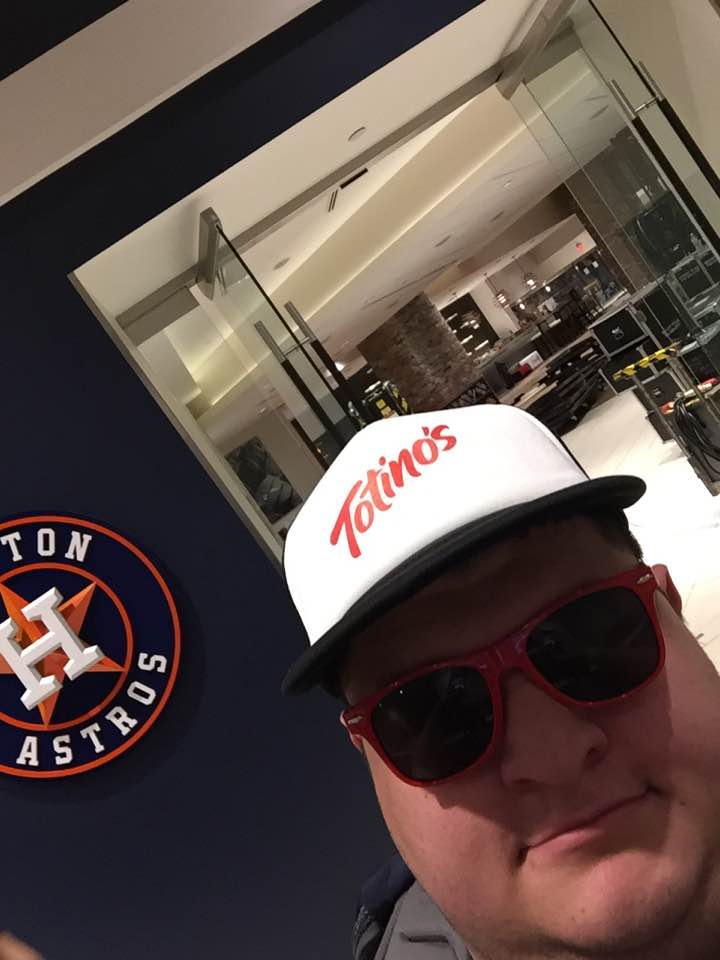 Got to sit front row behind home for about 25 seconds…Comin for that ass, Laurence Leavy. 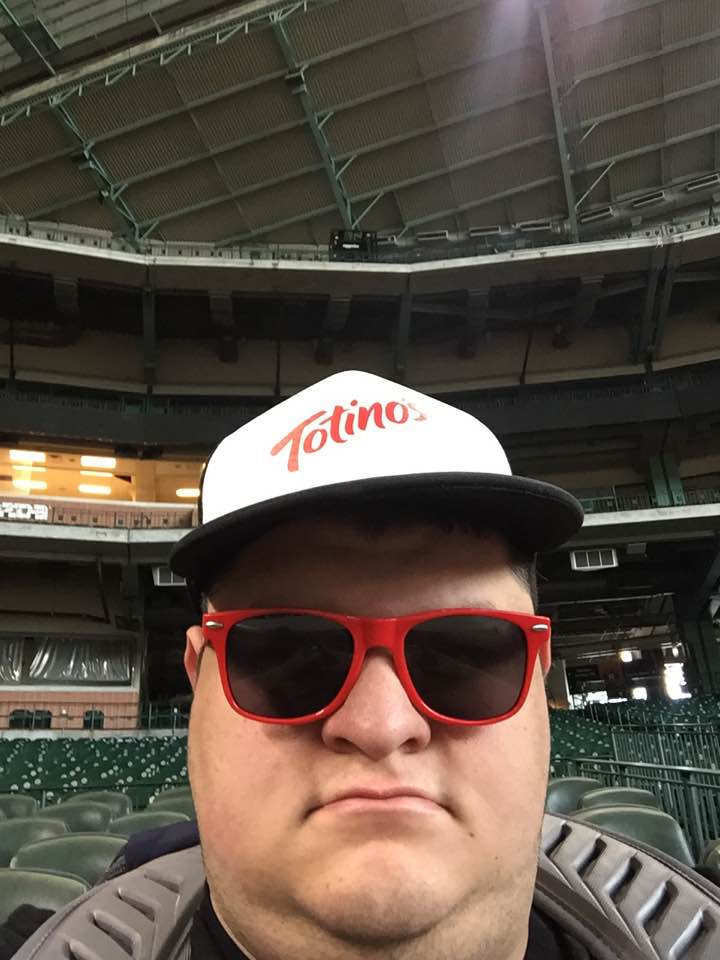 I guess that’s why they call it the (dugout) blues 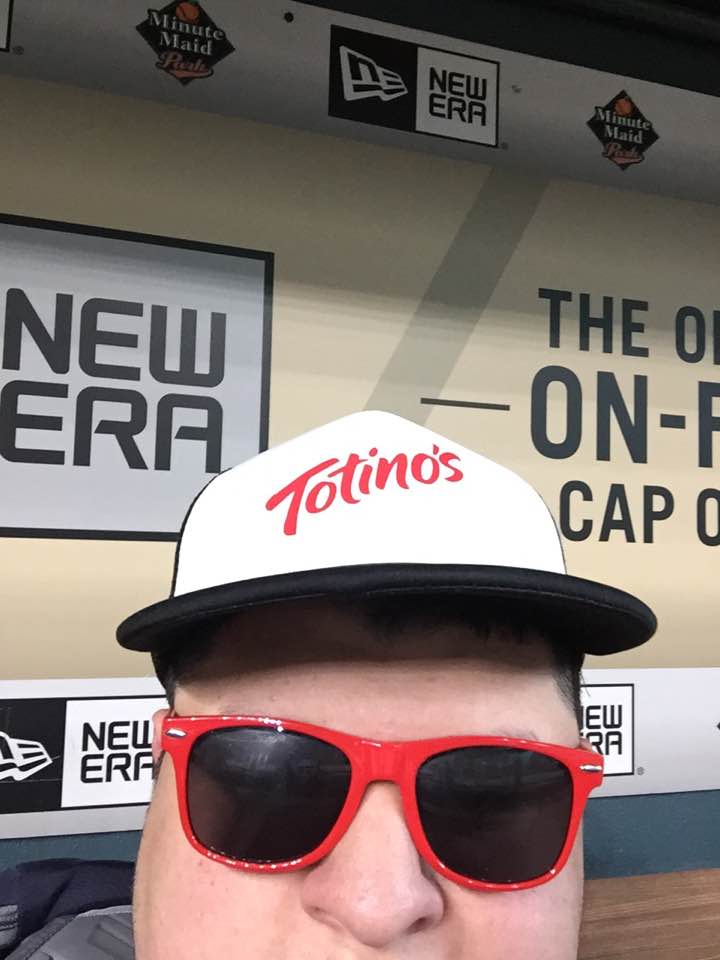 Love a good dugout view of nothing. 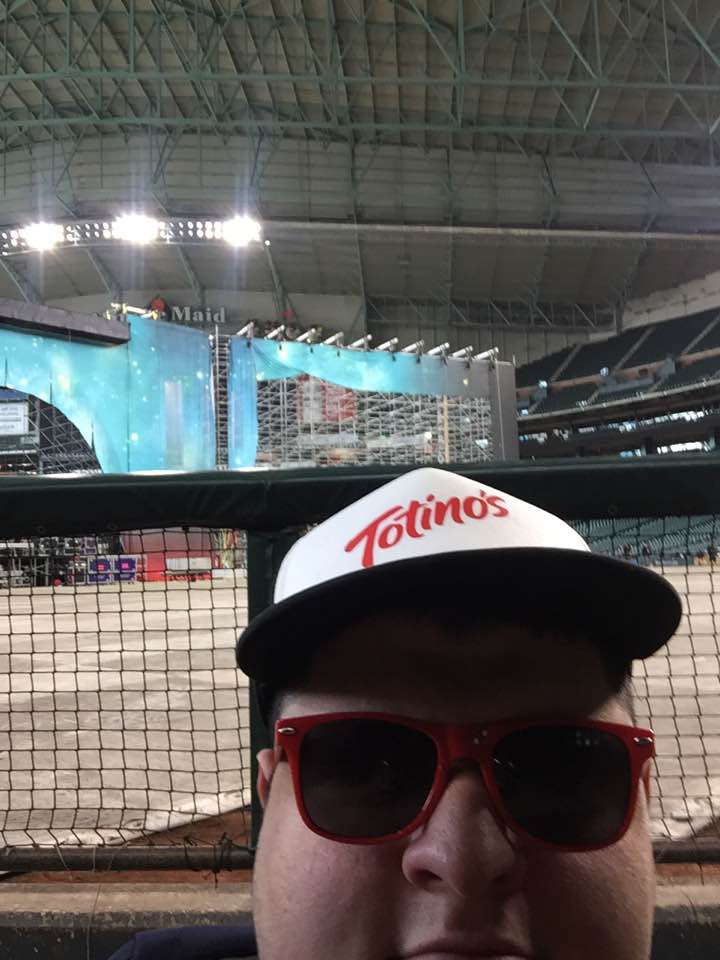 Some stoolies hooked it with an Evan Gattis Garden Gnome and a trip up to the train which was unbelievable. Truly a top feature to a stadium in the country. Only thing that could possibly rival it in terms of entertainment is the slide in Milwaukee.

Uber driver on the way back had a cooler full of cold ones in the backseat. Texas, baby. First time I’ve ever given a 5-star review and tipped. Double whammy. 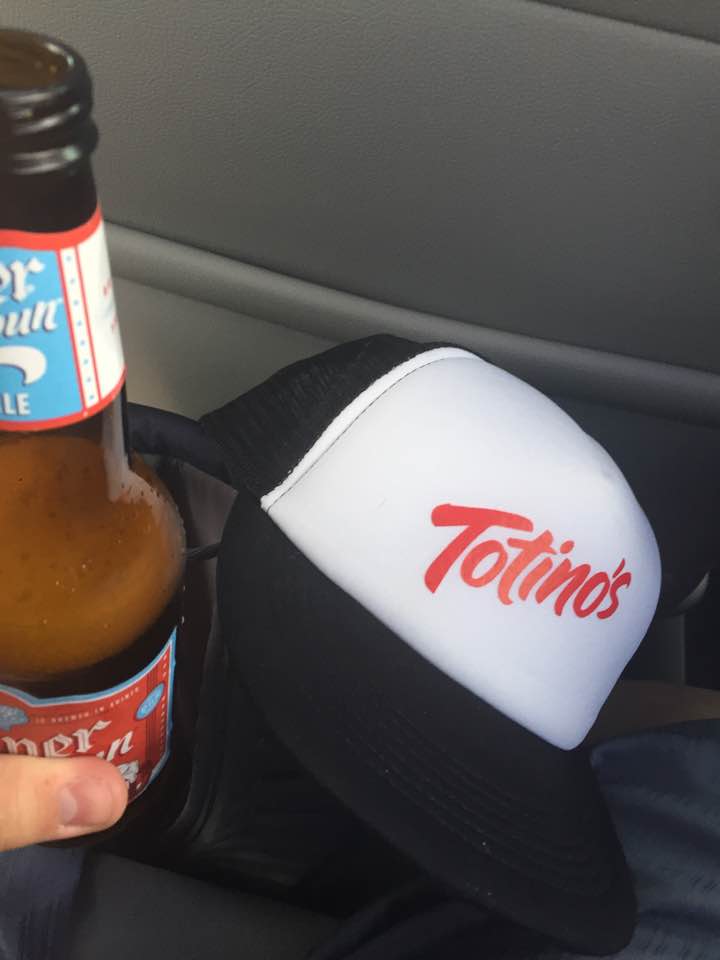 Mere minutes before quite a big announcement. 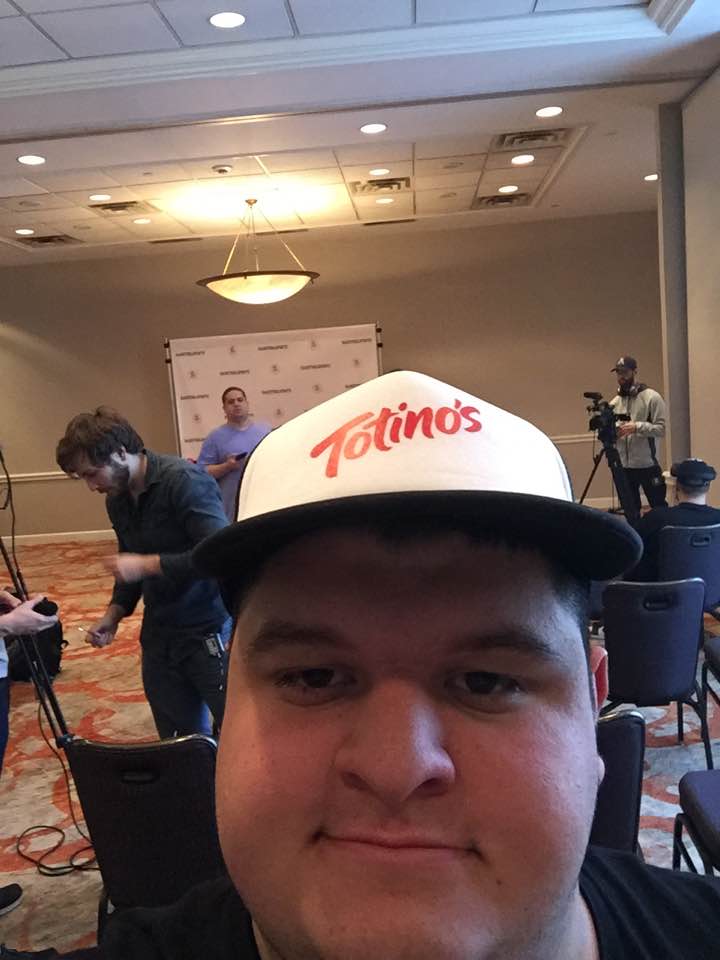 Sean Spicer should use one of these podiums from now on. Lighten up the mood. 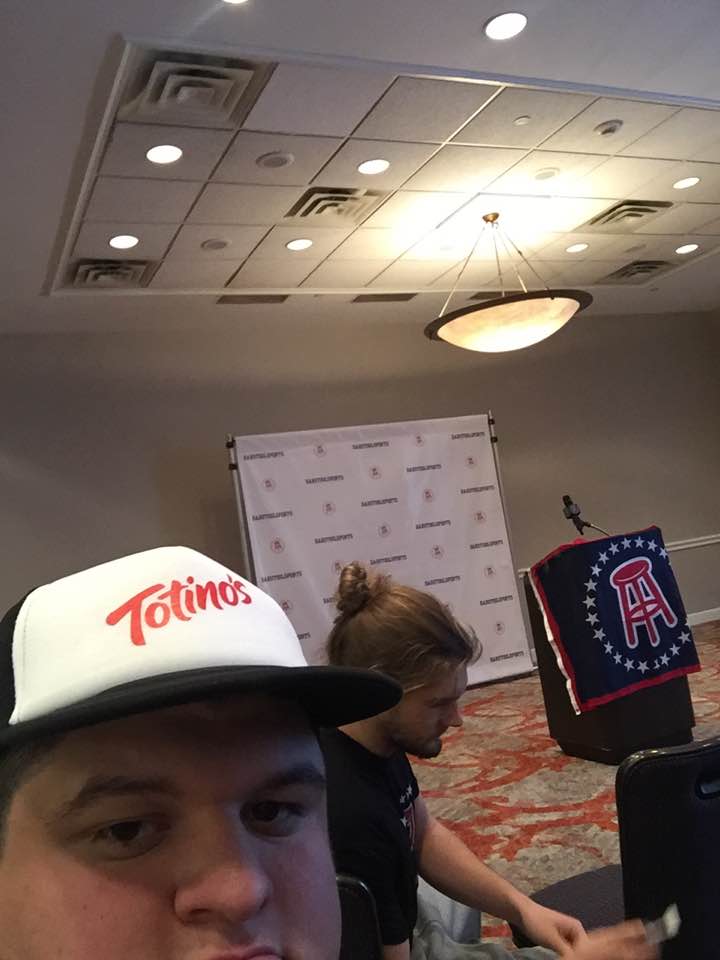 Pat McAfee and his counterpart arriving. That counterpart would be Adam Vinatieri. Poor guys gonna have someone my age holding kicks for him next season. 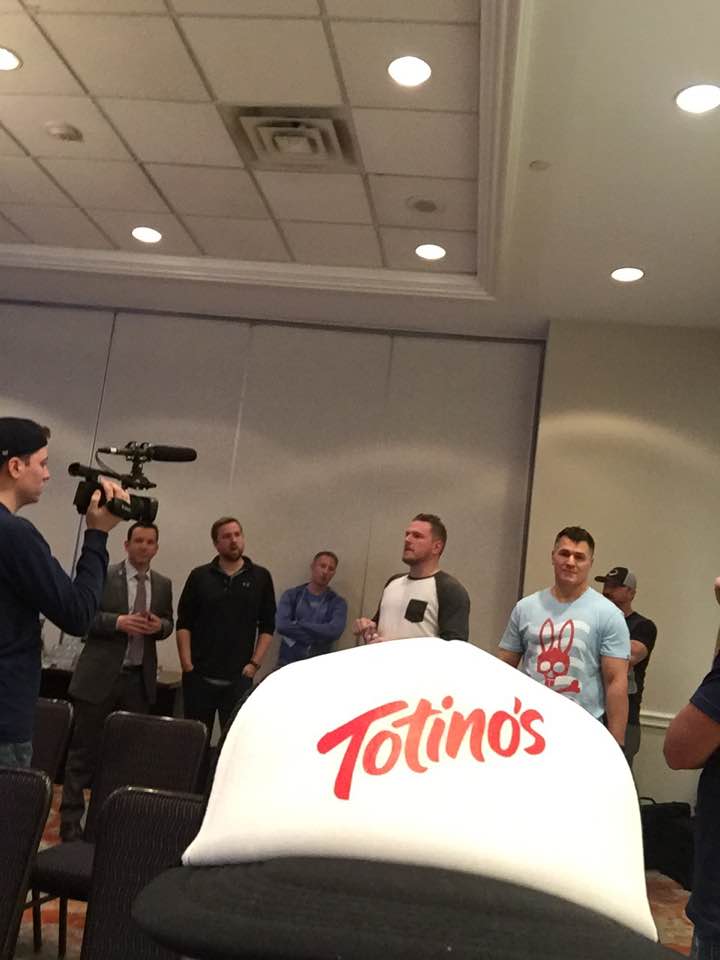 To be honest I was a intimidated to ask Olsen for a Totino’s picture once he said “I’m standing next to Kenny Balls” when we took our group picture. Vinatieri, on the other hand, was a lot less intimidating. Great guy and word around town he knows how to kick a pigskin around. 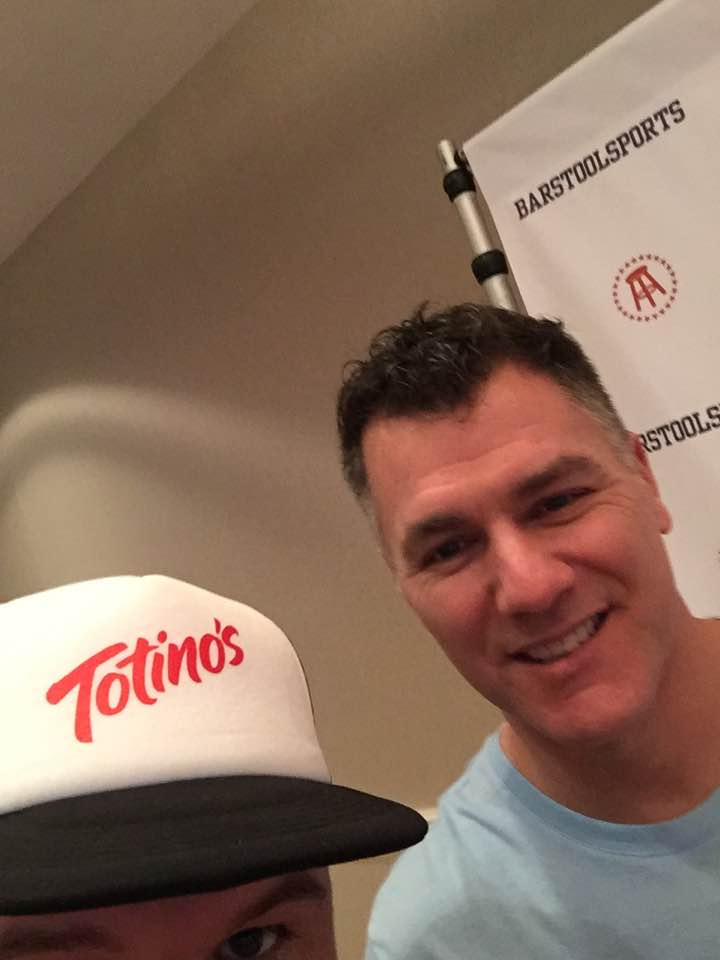 And finally the man of the hour doing his thang. 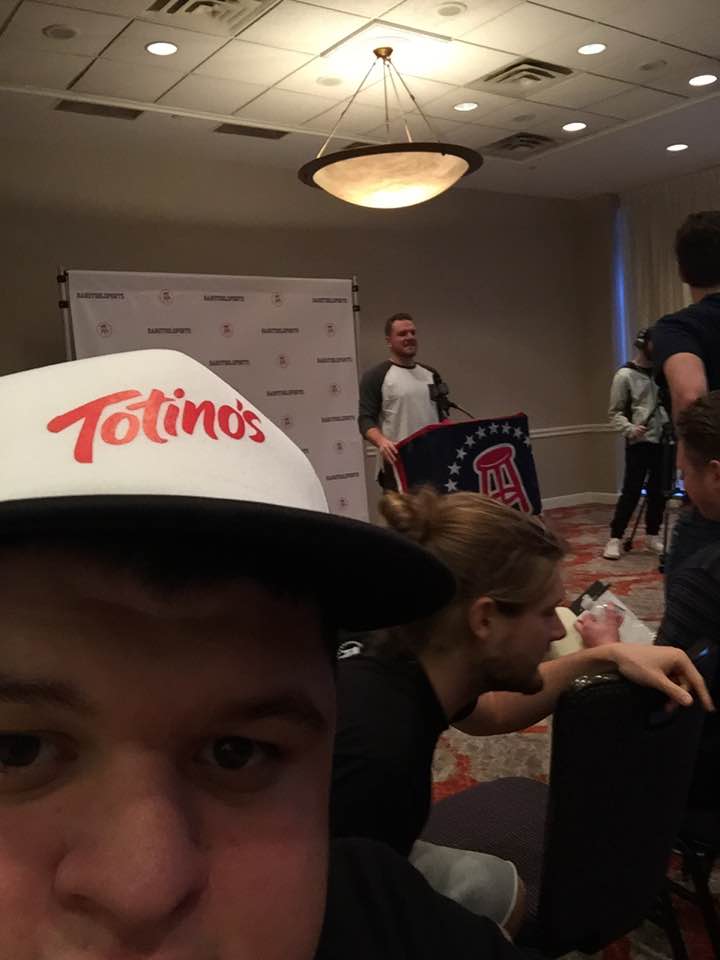