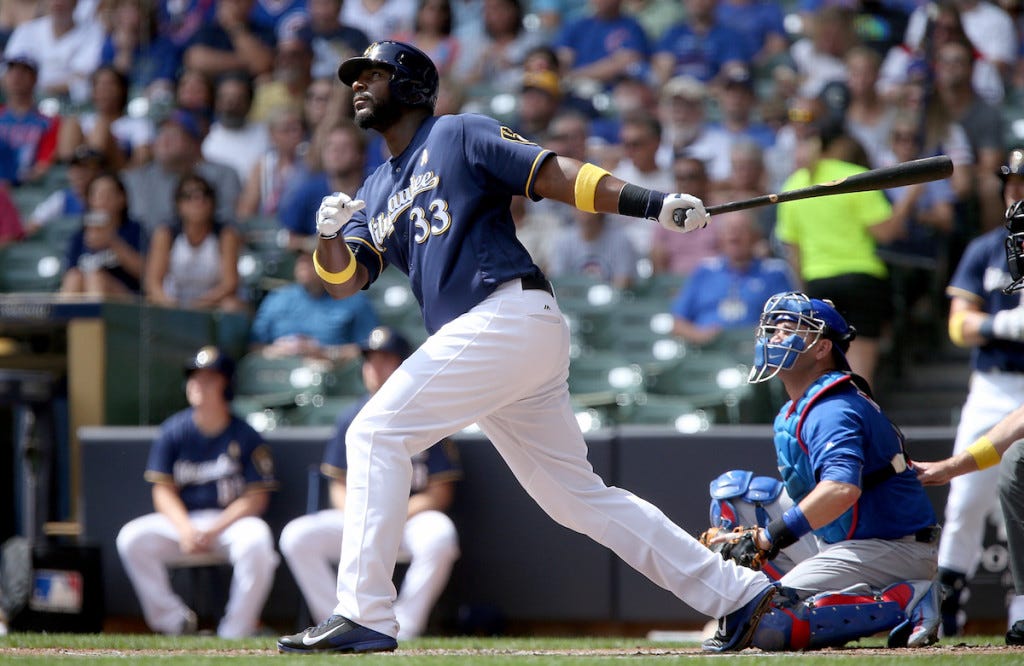 I think the baseball nerds have gone too far this time. Just a little bit.

Let me preface this by saying that I’m all for analytics in baseball and advanced statistics. I think that the game has gotten substantially smarter over the last 10-15 years, and most of the real advancements have come over the last five years or so. Teams have gotten smarter, and the smartest teams have gotten better. Look no further than the Chicago Cubs, guided by baseball brainiac Theo Epstein. Part of this movement within the game has been finding new ways to evaluate players and to allocate dollars based on these more calculated and weighted evaluations.

It wasn’t that long ago that we’d see a general manager do something to the effect of, “Oh, he hit 30 home runs and drove in 100 runs last year? He’s a $20 million a year player,” and “Oh, this pitcher won 20 games last year? He’s a $20 million a year pitcher.” It doesn’t work like that anymore. In today’s world, $30 million is what $20 million used to be about a decade ago, wins mean nothing, RBIs don’t mean nearly as much as they used to, and apparently now we’re getting to a point where home runs are following the same trend of becoming a statistic that doesn’t carry nearly as much weight as it used to. If that’s the case, that’s not a world I want to live in.

If you wanna tell me that pitcher wins don’t mean much, I’ll totally buy into that. You can win a game that you gave up six runs and lose a game that you gave up one. I’m with you there. The RBI, I still value, but I can understand why some think it’s becoming outdated. The argument against the RBI is that it’s a luck of the draw stat. You can’t control who’s on base in front of you to drive in, but whatever. You can’t drive in 100 runs and suck at the same time.

But this brings me to Chris Carter, who is 30 years old and led the National League in home runs last year with 41. He was non-tendered by the Brewers, and is still without a job here on February 1, as major league teams will start to report to spring training in about two weeks. What planet am I on that you can lead your respective league in home runs, yet you can’t even get one team to give you a major league deal at a respectable salary?

Trust me, I totally understand all the knocks against him. His defensive metrics are a disaster, he struck out more than anyone else in the National League last year, and he doesn’t get on base enough. But the motherfucker played in 160 games last year, slugged .499, hit 41 bombs, 27 doubles, and drove in 94 runs. How has NO team seen at least SOME value in that? If he does that in 2003, he’s getting paid $20 million a year. In today’s game, the Brewers would rather not even offer him a contract than to have to pay him about $8 million in arbitration. I’m not saying he’s worth $20 million, and I’m glad the game has gotten smarter about how much money to spend and what to spend it on, but there’s gotta be a team out there that could use that kind of pop in their lineup, while sacrificing some defensive ability.

If there isn’t a team that fits that description, Carter might have to consider taking his talents to friggin’ Japan, according to Ken Rosenthal.

“I think at some point we have to make it a serious consideration,” Stewart said. “It’s getting late there, too. Those teams are filling their spaces, too.”

Rosenthal lists the Rays and Rangers as outside landing spots for Carter, but it’s just a matter of time before Mike Napoli ends up back in Texas. I have no idea why the fuck that’s taking so long. It’d be his third stint there, they love him in Texas, he loves to be there, has hit well there, and they have the need at first base/DH after losing Mitch Moreland to the Red Sox, and Carlos Beltran to the Astros. So, maybe the Rays? If not…???????!