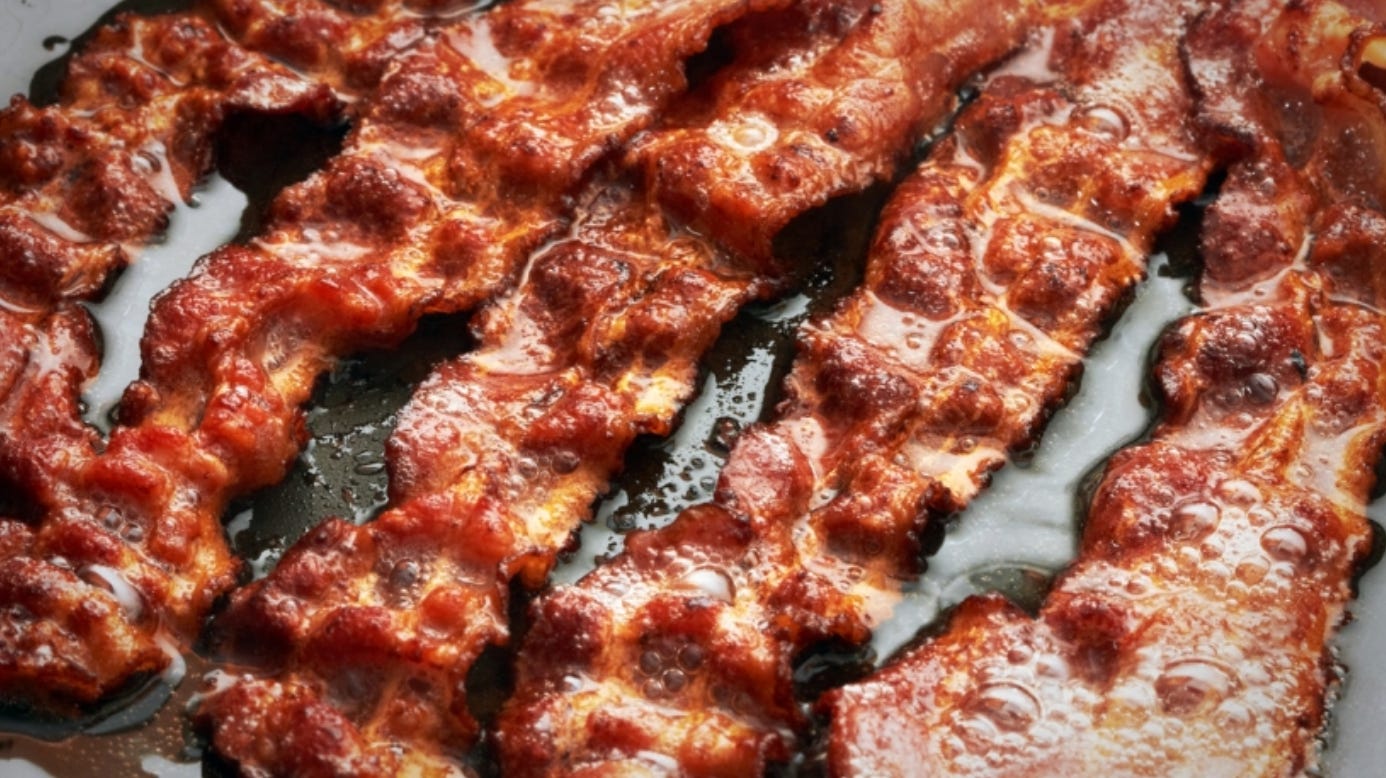 Business Insider- Bacon is about to get a lot more expensive. The country’s frozen pork belly supply — the meat used to make bacon — fell to 17.8 million pounds in December 2016, down from 53.4 million pounds in December 2015. That’s the lowest the nation’s pork reserve has been since 1957, according to Department of Agriculture data. “Today’s pig farmers are setting historic records by producing more pigs than ever,” Rich Deaton, the president of the Ohio Pork Council, said in a statement highlighting the data. “Yet our reserves are still depleting.” The essential problem is an increase in demand, especially outside of the US, according to the Ohio Pork Council. Unfortunately, increased demand means higher prices.

Plain and simple. You’re a pawn if you believe this story. You’re one of the people who isn’t playing the game but instead are being played by the game. There’s no bacon shortage. Never has been. Never will be. Have you seen the pictures of pigs crammed into every square inch of those crates on farms? We’re growing more pigs and making more bacon than we know what to fucking do with. This is about money, #FollowTheMoney. Bacon is one of those products that people are going to buy regardless of the price. I took economics one upon a time but can’t remember what that’s called. But whatever it is, bacon is the definition of it. Bacon could be $300 a pound and I’d still cop. So would you. It’s that good. Bacon shortage? Laughable. I will say that bacon has gone through a weird period over the last two years. Certain people (I believe Kevin Francis Clancy is among them) have come out and said bacon is overrated and that people only like bacon simply becasue everyone loves bacon. The people saying that are dumb people. Bacon is as good as its ever been and that’s to say it’s perfect. It’s sizzling salty meat and it makes everything better. Those people are just haters.