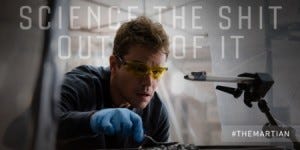 When you’ve been pushing back against the Patriots-hating jihadists as long as I have, you start to learn their moves. There’s a pattern to their Patriots Derangement Syndrome, and this season has been textbook:

–Stage 1: Preseason. “Brady’s window is closing. This is the year the rest of the division catches up to them.”

–Stage 2: Patriots move into first place. “The AFC East is a bunch of tomato cans.”

–Stage 3: They have a playoff team on the schedule. “The Patriots haven’t beaten anyone. Wait til they play __.”

Right now, despite they fact they’re 16-2 on the season and just reduced the Steelers to ashes and smoked the ashes, the real, die hard Dynasty Deniers are still stuck on Stages 3 and 4. The AFC is a weak conference. It’s not that they’re good, it’s that Pittsburgh coaches were too stupid to make adjustments. Wait til that defense has to go up against Atlanta’s offense; they’ll get destroyed. Second verse same at the first.

Well, at the risk of being called a Patriots homer, let me use the same rational, dispassionate, fact-based and irrefutable logic I used to predict Tom Brady would flame the Steelers defense and score in the mid-30s, and apply it to the Tomato Can Theorem. Let me science the shit out of it.

My drinking buddies over at Cold, Hard Football Facts measure top-tier NFL teams by their performance against what they call Quality Opponents, i.e. teams with a winning record. By that metric, you’d assume the Patriots did nothing and the NFC champs have a huge advantage. And you’d be wrong. Via FanCred:

So they haven’t been good. They’ve been historically good. You can argue that the teams with winning records aren’t that good, but why would you? Why not just measure them by how many games they won, which is sort of the point of having games and keeping score.

But just to get more specific – to switch from Google Earth to Street View for a second – the biggest argument against the Patriots is that their defense, while giving up the fewest points in the league, isn’t actually any good. Boston media is lousy with writers, hosts and shrill little Pukwudgie sports radio callers who shriek that the points-allowed stat doesn’t mean anything because they didn’t face enough good offenses. The quarterbacks in the AFC East suck. When they did go up against a quality QB like Russell Wilson, he beat them. And on and on. Like a pack of Sean Spicers, they interpret the facts any way that fits their argument, actual numbers be damned.

Here’s the problem with that argument. You can make the exact same case about Atlanta’s offense. Now, I don’t know why you would; I’m just saying you could. Granted, the Falcons led the league in points and just about every offensive category. But what elite defenses did they face?

I’ve got exactly two. Whether you’re going by points against or yards allowed, the Falcons faced two Top 10 defenses all season long. Seattle in Week 6, and Kansas City in the first week of December. And lost to both. If you want to argue how bad the non-Bradyquarterbacking is in the AFC East, you won’t get a debate from me. But did you get a load of the defensive units in the NFC South that Atlanta fattened up on? Tampa was exactly middle of the road in the league this year, and they were the class of the division. Carolina was 26th. And New Orleans was where they’ve been for about a decade, bottom of the NFL.

As a matter of fact, the more I compare the 2106 Patriots defense to the 2106 Falcons offense, the more they look like mirror images of each other, in a Big Picture way. And any argument you can make against the D you can turn right around and make it about Matt Ryan’s attack. And you don’t even need to be a Pats homer. You just need trust science.