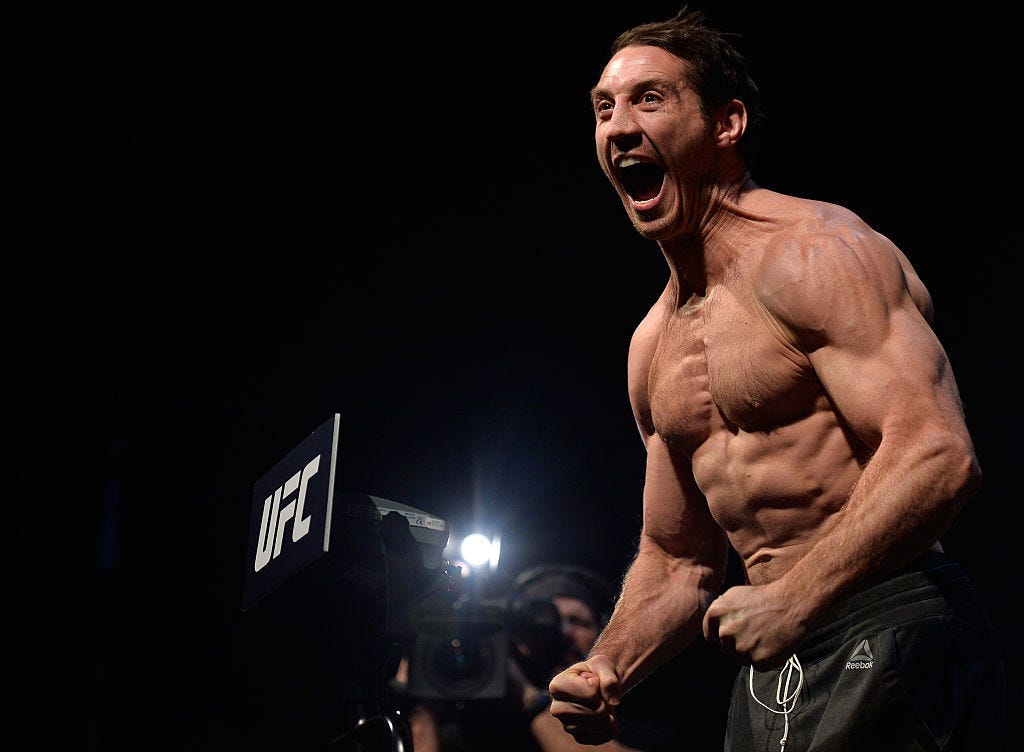 Tim Kennedy, one of the most underrated UFC fighters ever, announced his retirement from the sport at 37 years old earlier today in a lengthy Facebook post. He got knocked out pretty brutally by Kelvin Gastelum (who showed up to that fight on weight, huge shocker) in December after a two year layoff, and decided his time was up. Gotta respect that. The two year layoff was due to active duty in the Texas Army National Guard where he served as a Special Forces Weapons Sergeant.

If you’re unaware of his history/story, Tim Kennedy started fighting when he was in college, and when he graduated, enlisted in the Army. He fought here and there, when he could, and won the service-wide Combatives tournament three years in a row. While he was in the Army, he was assigned to the 7th Special Forces Group, which Barstool’s own Captain Cons informed me is one of the most prestigious groups you could ever be apart of. Operational Detachments Alpha, his unit, is like the country’s own A-Team.

Basically, Tim Kennedy is the most American motherfucker to ever fight in the UFC, and one of the most American motherfuckers alive. I mean, ISIS threatened to kill him and he just told them to go fuck themselves. His exact quote: “They don’t like me, or anything about me, anything I like, or anything I stand for. They’re gutless cowards. They’re impotent, feeble little children. I may be poking the bear a little bit; I won’t even call them a bear. I’m poking the cockroach. I’ve made fun of them on a bunch of tweets and on Facebook over the course of five years, and maybe I got under their skin.”

Here’s my favorite moment of his career, one of the more chills-inducing finishes in UFC history, where he knocked out Rafael Natal at Fort Campbell in front of his fellow servicemen and women. (KO at 6:55)

Green Berets off to a phenomenal athlete and an even better man.