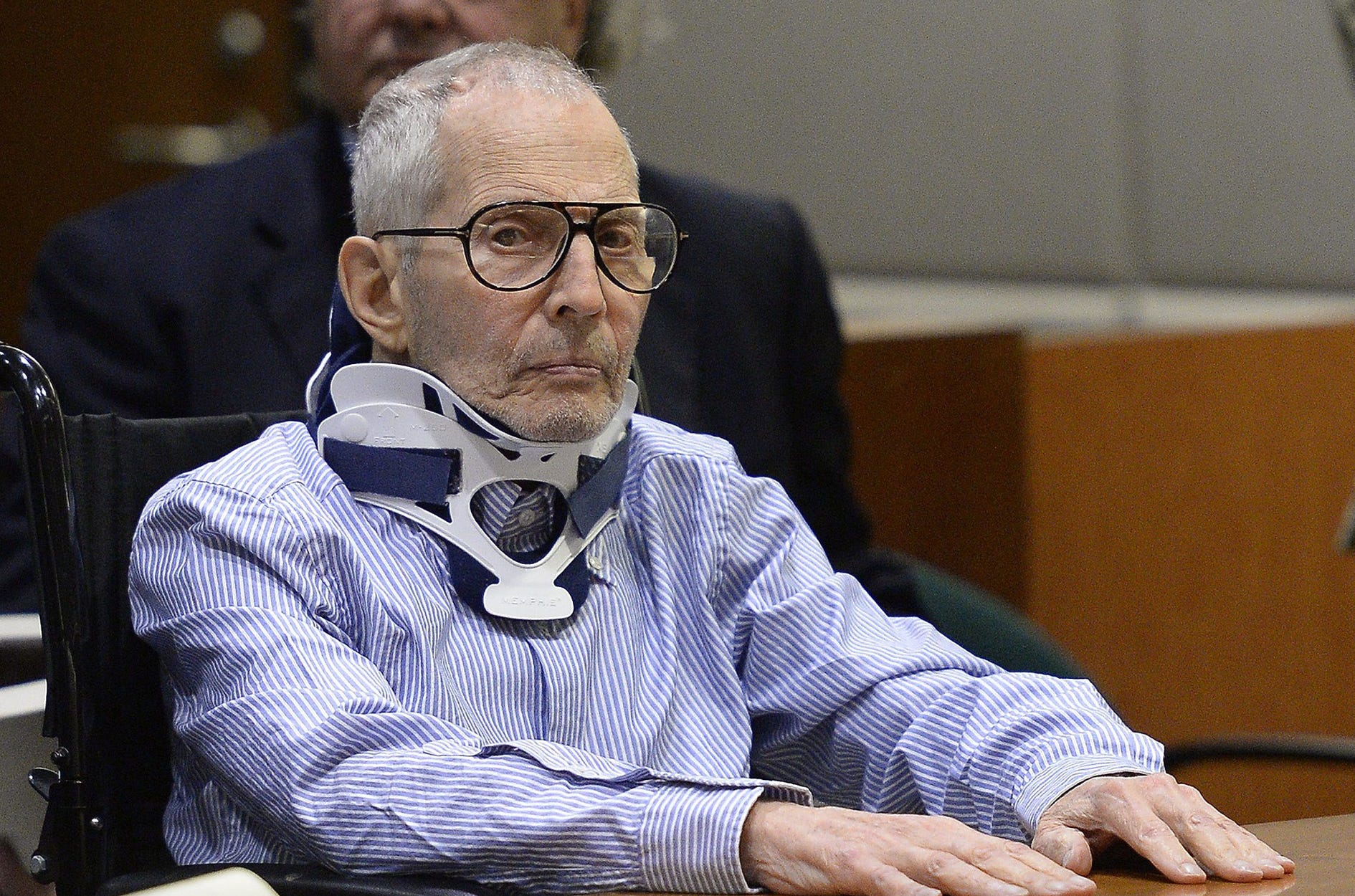 Esquire- Just last month, Robert Durst, center of the HBO docuseries The Jinx, pleaded not guilty to the murder of Susan Berman back in 2000. However, Durst was arrested after said to himself wearing his microphone during what he thought was a private moment, “You’re caught…What the hell did I do? Killed them all, of course.” So why the hell would Durst agree to be in a show that ultimately strongly implied his guilt? Apparently, the answer is meth. According to The Los Angeles Times, a transcript of a 2015 interview reveals Durst saying that he went on the show because “I was on meth the whole time.” Durst, who is currently serving a seven-year sentence, told prosecutors: “It should have been obvious. I think the reason I did it had to be because I was swooped, speeding.”

Bullllllllllshit. Bullshit, Robert! I’m actually mad at Robert Durst over this. Cause, as crazy as it sounds and after the guy is an admitted serial killer, I grew to kinda like the guy. That’s how crazy this whole Robert Durst thing is. He literally admitted to murdering a bunch of people on a hot microphone and I still came away from The Jinx being like, “Ya know what? I like that guy.” And you know why I like him? Cause he was ballsy (could also read as stupid) enough to go on a documentary for NO REASON and talk about the weird murders surrounding his past. And now he’s gonna say he did it cause he was on meth? Gimme a fucking break, Robbie. You did it because you’re a rich entitled asshole who thinks the law doesn’t apply to you. You think you’re invincible and that’s what was so…….what’s the word I’m even looking for……….fascinating. That’s the word. The whole time you’re watching The Jinx you’re saying to yourself, “Why is he sitting in that chair answering these questions?” And it’s not because he was high on meth. It’s because that’s who he is, an entitled lunatic. Honestly I really just want Durst to stand up in that court room and yell, “I KILLED THEM ALL OF COURSE!” He’s 73 and gonna die soon anyway. Go out like the lunatic champ we all know you to be.

This is still the most jaw-dropping moment in TV I’ve ever seen. Fucking wild