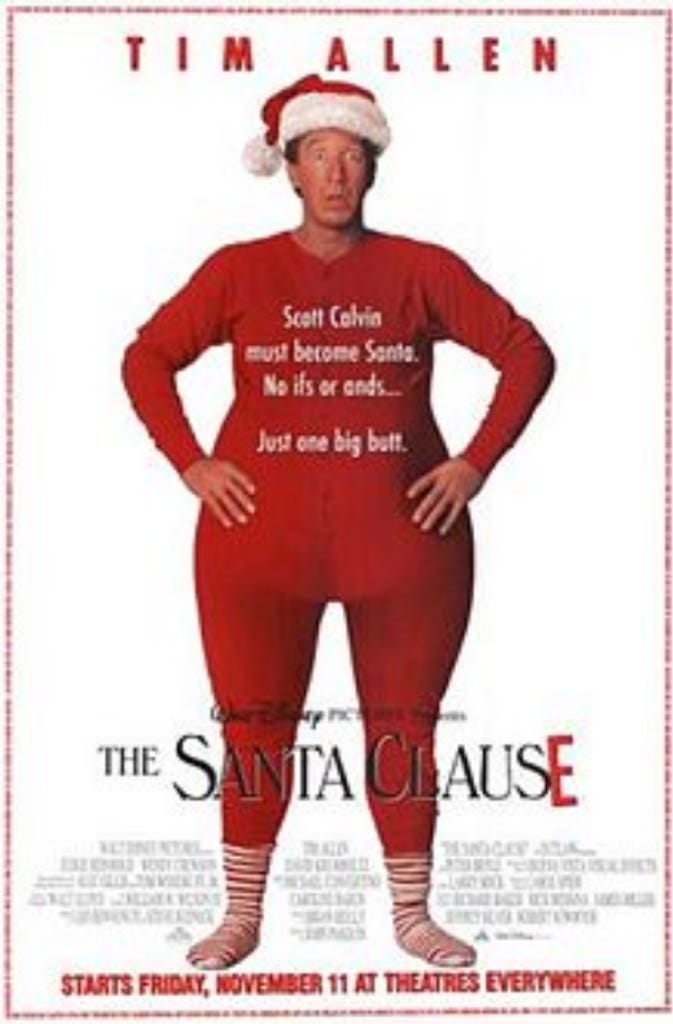 Before yesterday The Santa Clause was one of my all-time favorite Christmas movies but you know what? I’m off it now. It’s stupid. It doesn’t make any sense on any level. You know why? Because none of the adults believe in Santa Clause. How the fuck do they not believe in Santa when he’s real? Huh? Explain that one to me. Who the FUCK do they think is putting the presents under the tree if they’re not doing it? It’s insanity. You’ve got that douchebag Neil constantly trying to convince Charlie (a child) that Santa doesn’t exist but he has no explanation where the presents are coming from. The Santa Clause should be a five minute movie. Santa dies, Scott Calvin becomes Santa, and every adult says, “OK, we have a new Santa.” That’s it. Needing to convince the world that Santa is a real person doesn’t make a lick of goddamn sense because there have been presents under the tree for centuries and the adults aren’t putting them there. WHERE ELSE WOULD THEY BE COMING FROM!? Every adult in the world thinks presents magically materialize under a tree? That’s the dumbest shit I’ve ever heard and it means that The Santa Clause is a dumb movie.