So fucked up but absolutely hilarious. Xavier Woods is just trying to raise 10k for charity over the holiday season by playing video games on Twitch, and next thing he knows he’s fighting the KKK.

It’s just a perfect summary/microcosm of playing video games online. Even if you have the best of intentions and simply trying to have fun, you’ll still run into an 8 year old who apparently has engaged in intercourse with your mother, or a guy dressed up as a Klan member.

The good news is now this video is going viral, so go donate! 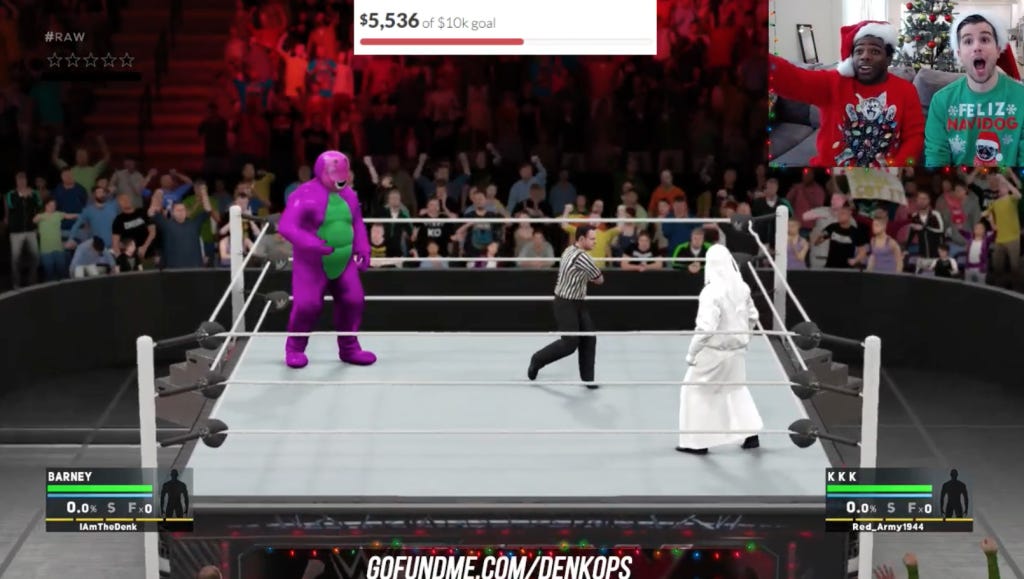