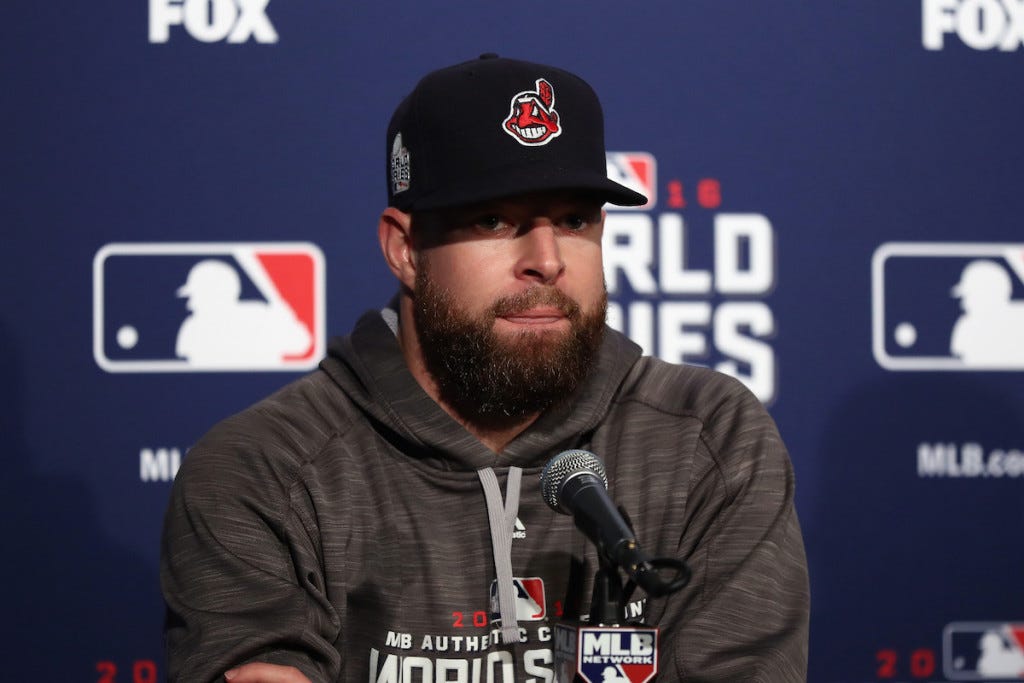 The Chief Wahoo logo continues to get phased out by the Cleveland Indians, but it’s still somehow hanging on for dear life.

The whole Chief Wahoo outrage thing has been going on for a little while now. KFC wrote about Native Americans being offended by the logo in 2013, Feitelberg wrote about a Native American group suing the Indians for $9 billion over the logo in 2014, and I wrote about the Blue Jays play-by-play guy refusing to say the name “Indians” during the ALCS, and then again about some lawyer in Canada trying to ban the logo and team name before Game 3 of the ALCS. I didn’t really see what the big deal was, mostly because I never really thought about it, and also because I’m just used to that always being the logo, which has been their logo since the 1940’s. Seemed like exaggerated outrage to randomly get that upset about something that had been there for almost 80 years. And then I went back and read KFC’s blog, which definitely put the whole logo thing in perspective. 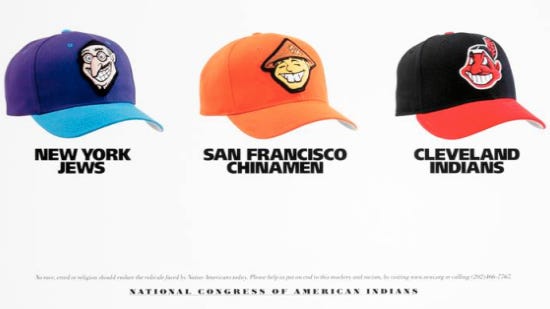 That was when I had my, “OHHHHHH, okay. Yeah, that’s pretty racist,” moment. With the I-words in the World Series this past October, it kind of reignited the whole debate over whether or not Cleveland should keep using Chief Wahoo as their mascot and team logo. I think it was a little worse for them, PR-wise, just because Indians owner Paul Dolan said before the 2016 season that the team was going to keep the Chief Wahoo logo, but that it was no longer going to be their primary logo, and then they pretty much used it as their primary logo. Actually, I’m 99% sure they used the Chief Wahoo caps for every single game they played during the postseason.

The uproar over the logo during the postseason led to MLB releasing a statement to address the issue, while MLB commissioner Rob Manfred said that he agrees that the logo is offensive, but will ultimately leave it up to the Indians to address it, if, in fact, they choose to do anything at all. Apparently, they have chosen to do something, and that something is to eliminate the Chief Wahoo logo from their hats, and go with their C-block hats instead.

I honestly don’t care if they keep the logo or not, but I guess my question is, why eliminate the logo from your hats if you’re not going to eliminate the logo from your sleeves, too? You think that’s going to be some sort of compromise with all the people complaining about it? Sure, it’s a step in the right direction, if your goal is to appease these people, but I’m gonna take a wild guess that the people who think the logo is offensive on hats will also think that the logo is offensive on sleeves. I could be wrong, though. Just seems weird to me that they’d cave to the offended crowd by changing their hats, but not cave all the way by axing the logo altogether.

Chief Wahoo is like the Milton from Office Space of sports logos. You can just keep phasing him out and phasing him out, but he’s never truly going to go away.