JUST IN: The White House strongly suggests Donald Trump was the beneficiary of Russian meddling in the US election https://t.co/XnCddoCh3A

Ummm what the fuck are we doing here? Even if Russia did influence the election, why the hell are we going public and crying about it? If true, that’s not on Russia. That’s not on Putin. That’s on us — Russia’s doing their job better than we’re doing our job. Of course they’re trying to influence our election. Of course they’re looking out for Russia’s best interests. Of course they’re hacking the shit out of us. It’s 2016, that’s what intelligence agencies do. The CIA has Russia running circles around it so they start crying and issuing reports that Russia fucked with our election? And bipartisan Congress — with their 0% approval rating — and Dems everywhere latch onto it, pointing fingers at Russia and demanding a revote?

The people have spoken. Trump won. The election’s been over and done for more than a month. We’re onto January. We’re onto the next administration. We’re onto POTUS 45. Trump’s taking office January 20th — could you even imagine the chaos if we took measures to reverse these facts and stripped him of the presidency? There’d be a civil war.

One election doesn’t go people’s way, and all the sudden we’re the Ravens/Colts of global superpowers. Bitching at the refs because we got beat. If the CIA’s report is true and Russia is the reason Trump won, we shouldn’t be sitting here giving Putin boners about how awesome and effective his cyber guys are; we should be grabbing our guys by the throats and demanding they do better so Russia doesn’t handpick our presidents.

It’s such a pathetic look to be doing this I can’t stand it. From the recount attempts to the popular vote cries to pointing the finger at Russia to Harry Reid blaming FBI Director James Comey for basically everything that’s ever gone wrong ever.

Uhhhh dude, pretty sure Trump won because your side handpicked a shitty candidate. You blatantly suppressed Bernie’s chances while pushing up Hillary to ensure she got the nomination. Now you cry and point fingers everywhere else when you lose?

It doesn’t matter which side you’re on or who you voted for, if you think it’s a good look and the right move for the U.S. and all its leaders to be crying about how Russia influenced our presidential election then you’re an idiot. This is a shitty look for us and a very shitty look for the Left. It’s Trump for the next 4 years and there’s nothing anybody can do about it.

A great day for Putin. A bad day for us. Sad! 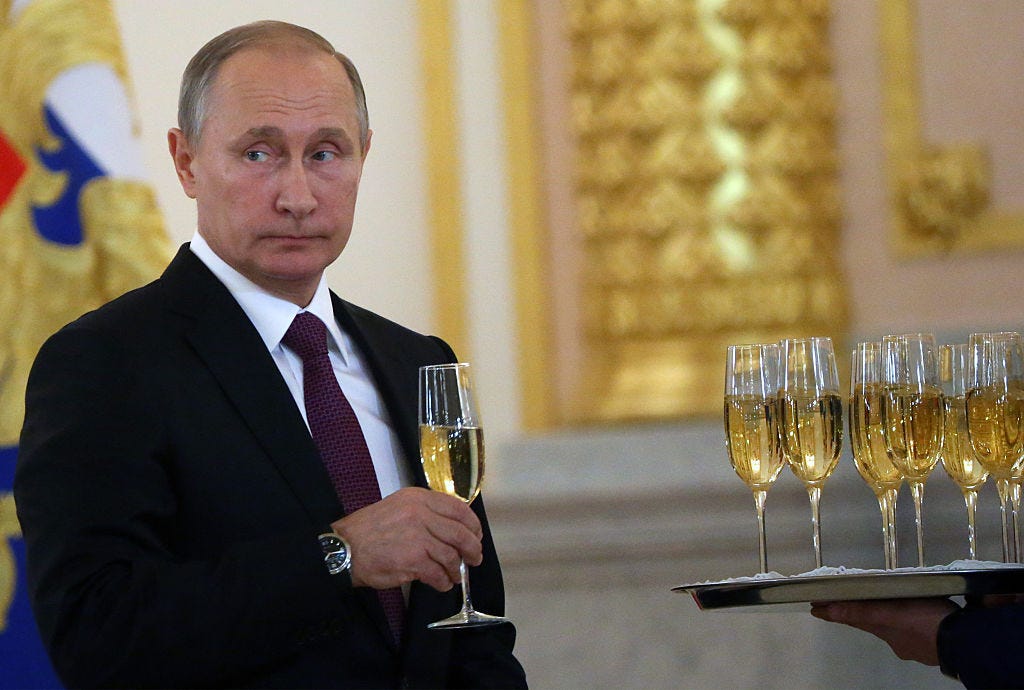