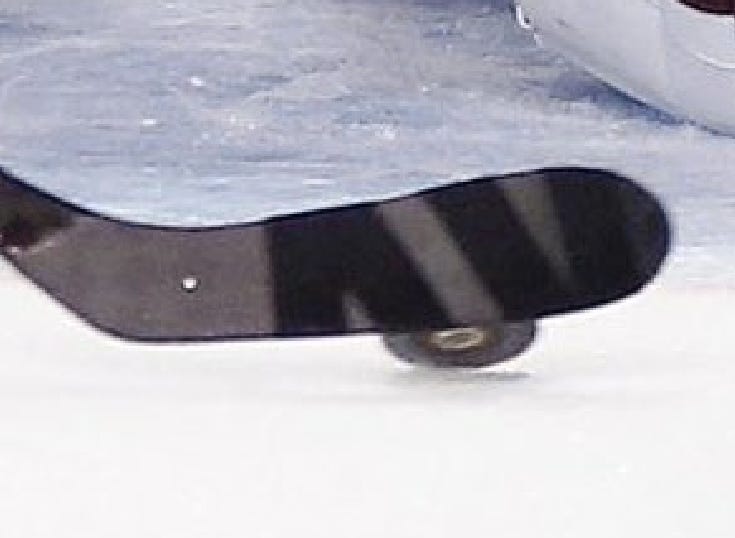 I’m not sure I’ve ever been as mad on the internet as I am at this moment. What the fuck is that, Pasta? To quote Tyra Banks… I was rooting for you! We were all rooting for you!!

But now? I mean, David, I don’t even know you anymore now that I’ve seen this. Psychologists used to believe that the “Dark Triad” involved narcissism, Machiavellianism, and psychopathy. Based on this discovery I’m positing that the Dark Triad is now the Dark (whatever the triad-like word for four is) and involves narcissism, Machiavellianism, psychopathy, and taping your stick like David Pastrnak. Just a pure insane person move.

Last night I was falling head over heels for Little Dave. Now? I want him out of town. Trade him for Loui Eriksson, Reilly Smith, Joe Morrow, and Matt Fraser. When David takes on his natural form, the form of Beelzebub, I want him as far away from me as possible. No normal souls tape a hockey stick like that so the only explanation is that he’s the devil. I don’t care if Satan’s leading the NHL in goals with Sidney Crosby, I don’t want him on the same coast as me.*

* Everything I just said is a lie. If Pastrnak is the devil, and he is, then so be it. Hand me a steak knife so I can carve a pentagram and a goat in my forehead.