Time for the English Language Challenge: Mike vs. Porzingis!#Knicks pic.twitter.com/BbW5Ky84Wr

Last week on Francesa, someone called in and asked who the biggest sports star in New York would be by 2020. While a lot of people hate that kind of contrived hypothetical-based sports discussion, I love it. And who is the “king” of New York sports has been an interesting open debate ever since Derek Jeter’s two-decade reign ended with his retirement.

I don’t think any current New York Jets are possible contenders and there aren’t any long-term solution to their problems on the free agent market in the next few years that I can see. Jets fans have to accept that it’s highly possible that whoever their next franchise quarterback is, might be in high school right now. I didn’t include any of my beloved Rangers because New York isn’t a hockey town who will elevate a single player to superstar status unless he’s of a Messier/Henrik caliber and Henrik is getting old. I didn’t include any Brooklyn Nets because actually nobody cares about the Nets. Here are the rest of the contenders. 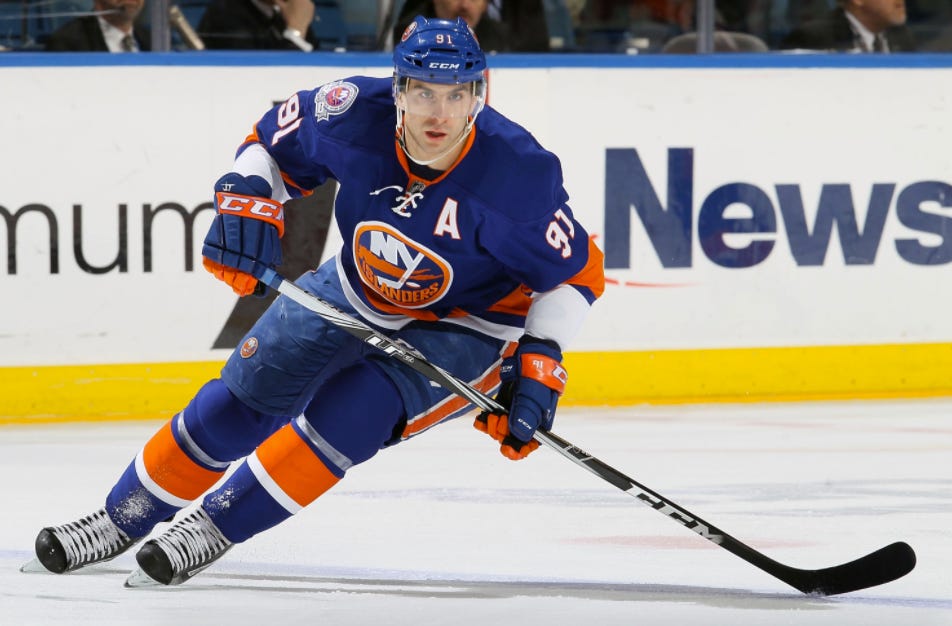 Why he will: He’s one of the best pure talents of any athlete in New York (and the entire NHL). A consummate professional and point-per-game player at the young age of 26, Tavares projects to be a perennial All-Star and occasional Hart Trophy candidate given the Islanders don’t totally waste his career there.

Why he won’t: The Islanders are totally going to waste his career there. C’mon, it’s the Islanders. They can’t even get him a decent consistent wing pairing right now. Something has to change in Brooklyn by the end of his contract after next season if you want to see him play the rest of his career in blue and orange. 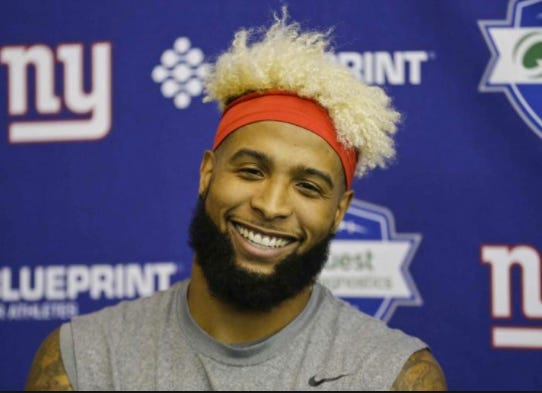 Why he will: Odell Beckham is one of the best pure athletes I have ever seen in any sport. Every single week the Giants play, the other team has one job and one job only, to stop #13. Most of the time they still can’t do it. In his three seasons with the Giants, he has won multiple games quite literally by himself, which is almost impossible for a wide receiver. While he hasn’t been the most important player the Giants have had (Eli, Strahan) he is their best talent since Lawrence Taylor.

Why he won’t: Fair or not (it’s not) Odell’s future in New York is going to be a lot more Alex Rodriguez than Derek Jeter: A highly polarizing, transcendent talent who goes between a Greek hero and whipping boy for the fans and media depending on whether things are going well for the Giants. Whiny, unlikeable, flashy, selfish, prima donna and the like are all labels that have already been plastered on Odell, and they’re going to stick with him the rest of his time in this town. Do I think that’s fair for a player that never turns on his teammates/coaches/organization despite being clearly the best player and the fiercest competitor with the most will to win on the field in every game he plays in? No I do not. But it is what it is. 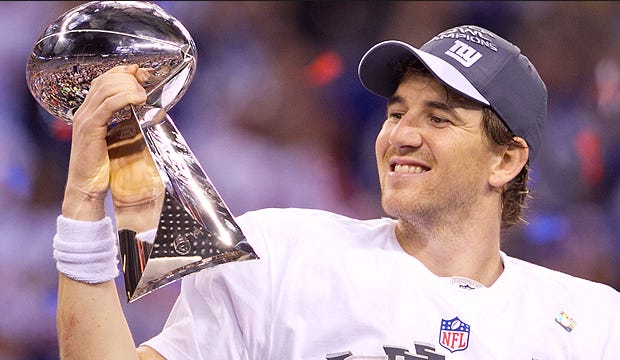 Why he will: Eli Manning is a two-time Super Bowl MVP. Right now is the most proven winner that New York has. Will be the most controversial Hall of Famer in NFL history.

Why he won’t: Because he’ll by 39 years old. His contract ends in 2019 and it’s impossible to project what decision the Giants will make at that point. And because he’s Eli Manning, and is the most puzzling athlete to tell how actually good he is that I have ever seen. 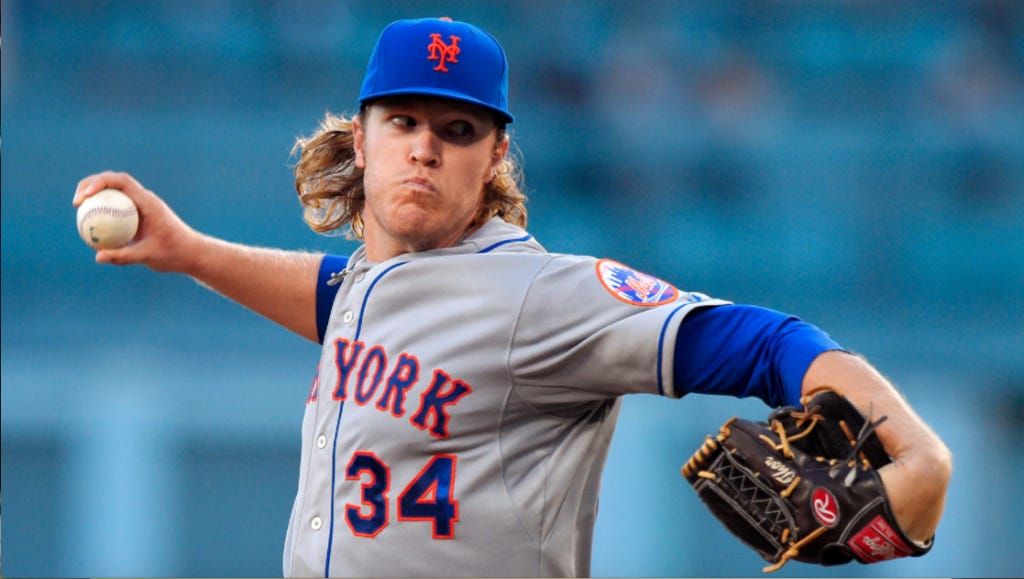 Why he will: Noah Syndergaard is everything you want out of your star pitcher: A big, intimidating fireballer who takes the mound with confidence and a fuck-you attitude. Noah doesn’t just embrace the role of ace but relishes it, and his record in big games speaks for itself. He also has the off-the-field credentials to be New York’s brightest star. He’s legitimately funny on Twitter, from everything you hear is a genuinely good dude, handsome, loyal to the Mets. Noah from a likeability standpoint is the whole package.

Why he won’t: Because New York is obsessed with winning and you never know if the Mets are going to win. Also the Yankees future looks brighter than it has since 2009, and whenever the pinstripes are doing well, the Mets get overshadowed. This could be a problem for Noah with the Evil Empire figuring to be rising again once he hits his prime. Don’t get mad at me just because that’s the way things are. 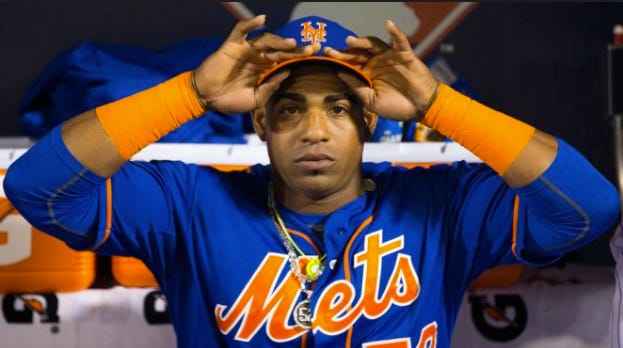 Why he will and won’t: In 2020, Yo will be on the last year of his contract and have collected over $100 million from his Mets career. If he really is the guy who will be the savior for the Mets and deliver them a World Series, he will be a New York folk hero as the big Cuban slugger who bashes home runs, drives crazy cars, smoke cigarettes and wears neon yellow sleeves for the rest of his life. If he doesn’t, he’ll be just another Mike Piazza, a promising talent who was squandered by the Wilpon regime and relegated to being a footnote in a city’s baseball history dominated by a single Mets team in 1986 and a whole lot of Yankees. There is no in-between. 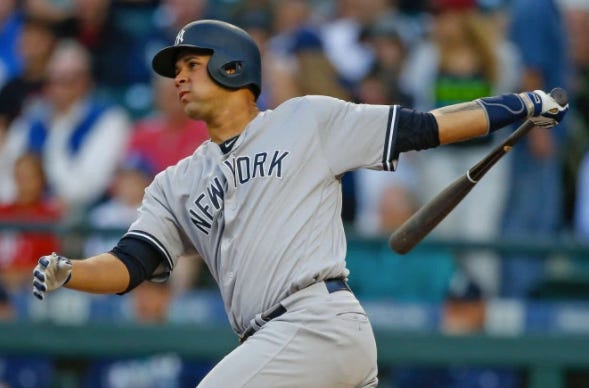 Why he will: As mentioned before, New York will always be a Yankees-first city. But a bog of bad contracts, slogging performances from over-the-hill former stars and the palpable absence of the Core Four generation have led to a multi-year malaise with the fanbase. El Gary’s furious entrance into the league changed all that. He transformed and electrified the entire Yankees landscape, and their long-shot quest for a second Wild Card spot AFTER mortgaging all their best players in deadline deals was the most exciting baseball the Bronx has seen in a long time. If Gary gives even 85% of the production he posted for that small sample on a consistent basis, he’ll be a star.

Why he won’t: The language barrier will work against Gary’s marketability. Gary seems like a great guy, and of course no one holds it against him that a guy who’s lived his whole life in the DR can’t speak English. But it’s hard to be the big star who everyone can connect with if you can’t do commercials, interviews, ect.

Why he won’t: Minor leagues sometimes bust and he tweets like JJ Watt. 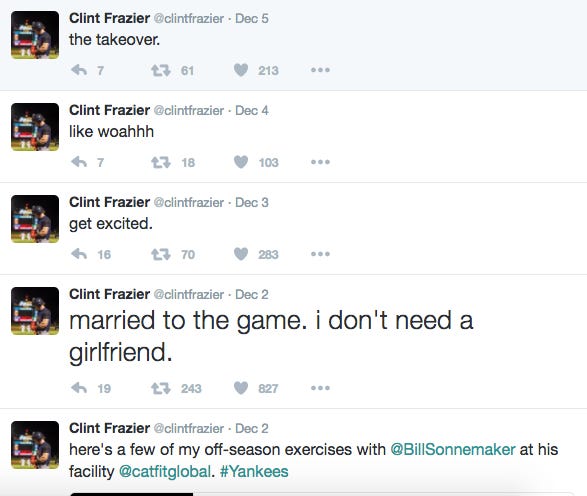 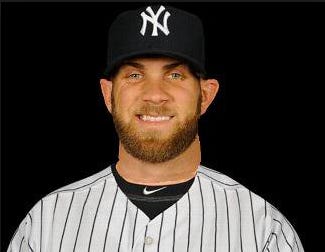 Bryce Harper if he signs with the Yankees and returns to his 2015 form will set the Bronx on fire. That’s two fairly big if’s though. 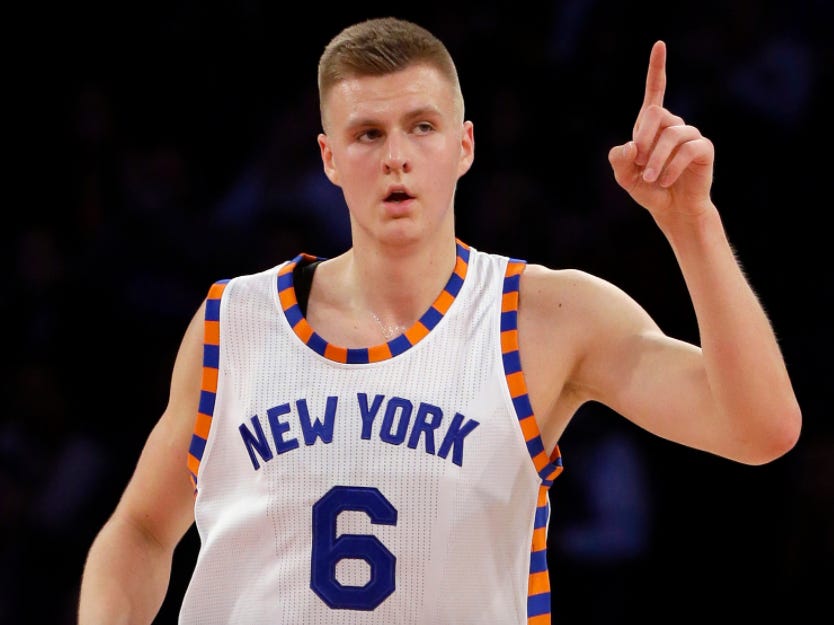 Kristaps Porzingis by 2020 will be the biggest star in New York City. When the Knicks are good (I was born in 1995 so this has happened exactly one time in my lifetime) it’s a special thing in New York. The Giants/Yankees and Jets/Mets divisions fall and the entire city gets behind one team. The Knicks fanbase is probably the most knowledgeable and passionate of any in the city. Having some legitimacy behind the claim of the Garden being the Mecca of Basketball becomes a source of pride amongst the city. And Kristaps is the perfect New York story: An immigrant who came here at a young age with tons of adversity and through his talent and force of will, rose to the top. He listens to rap, he took a bunch of boos on draft day and shoved them back in our faces and turned them into cheers, he’s dropped his Latvian accent and now sounds like a dude who wears Timbs and fitteds, he likes the Wu Tang Clan, he screams FUCK OUTTA HERE after blocks. Kristaps doesn’t just play in New York, he feels like New York. Combine that with his unprecedentedly diverse skill set, his insatiable will to win, Kristaps will be New York’s biggest star since Jeter. And when he wins the Knicks a title (and he WILL someday), restores pride to the Garden and becomes the Messiah who the Knicks faithful have been searching for since Willis and Clyde, succeeding where Ewing, Latrell, Starbury and Melo failed…he might just pass him.