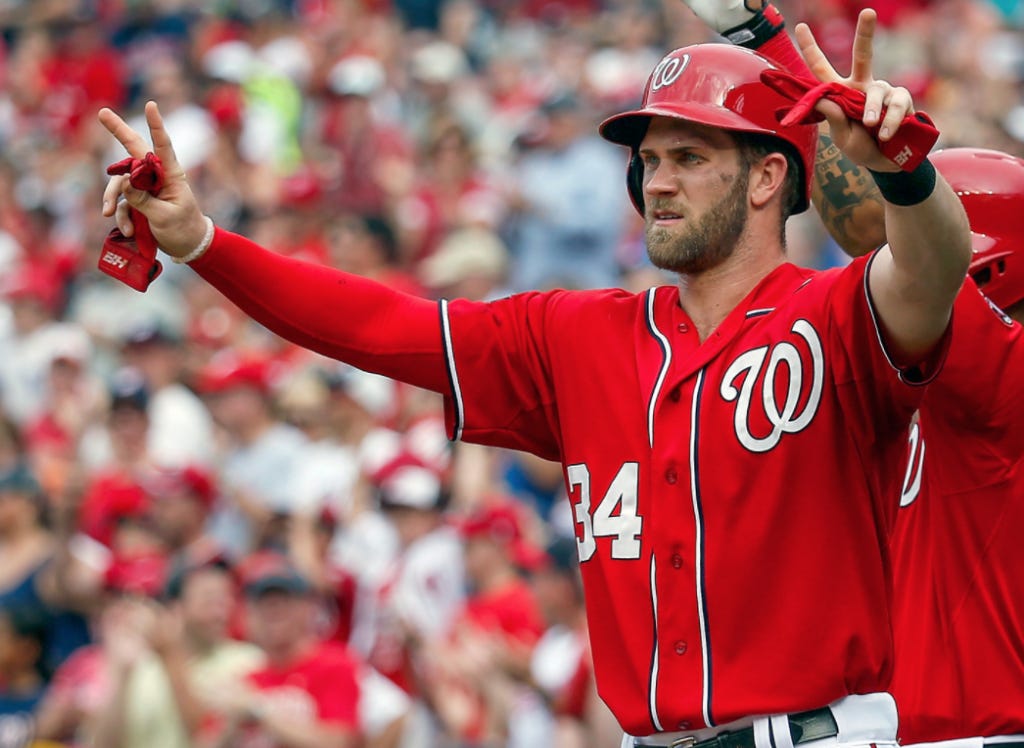 USA Today - The Washington Nationals, balking at Bryce Harper’s demands in early talks about a long-term contract extension, now are preparing themselves to be without their All-Star outfielder after 2018, a high-ranking Nationals executive told USA TODAY Sports.

The executive spoke to USA TODAY Sports on Monday only on the condition of anonymity because he was not authorized to speak publicly about the negotiations.

Harper, according to the executive, is asking for a record deal that will exceed 10 years in length, and likely pay him in excess of $400 million.

I mean this isn’t exactly brand new information that Bryce isn’t staying in DC after his contract is up. He has openly said that he wants to be on the Yankees. The brand new information, however, is the Nats “balking at Bryce Harper’s demands”. I’m actually surprised he is asking for only $400 million over 10 years. Sounds pretty reasonable for 2 years down the road when he’ll be in the prime of his career.

The fact of the matter is Bryce is going to get the biggest contract ever, and it’ll more than likely be in New York. It’s not exactly a surprise or anything. So the Nats have 2 years to win a god damn World Series, which is why they are going hard after Sale and McCutchen right now.

If Bryce bounces back this season and has another MVP type year like last season, 400 million could end up being a bargain. When it comes down to it, the Nats might be spinning it, making Bryce seem like the unreasonable one, because they know he ain’t sticking around anyway. Should be a heart-attack inducing next 2 seasons before he’s in pinstripes.